Is This Photo of an Automobile 'Neck Belt' from the 1960s Real?

It's hard to imagine how anyone might think wearing a seat belt around one's neck is a good idea. 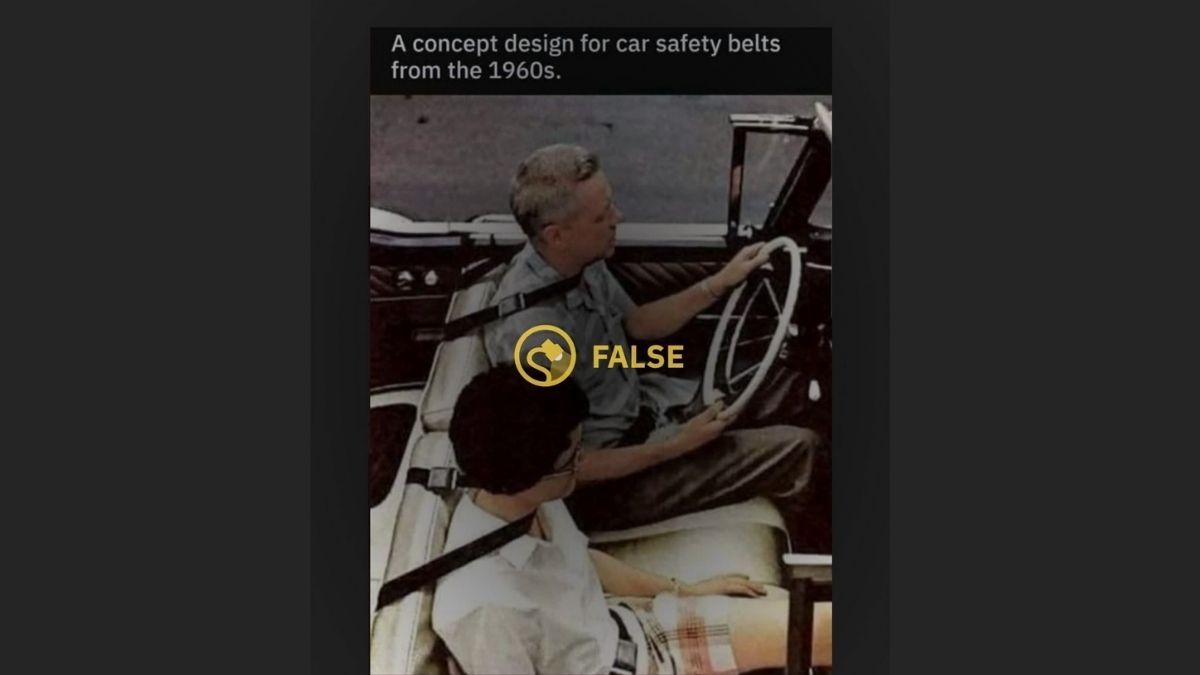 Claim:
A photograph shows a concept design from the 1960s of a seat belt that goes around one's neck.
Rating:

Car safety standards in the 1960s were more lax than they are now, but they weren't suicidal. One would have to imagine that they were in order to believe the photograph in a meme circulating on social media is real: Although we were unable to find the source of this photograph, which is captioned "A concept design for car safety belts from the 1960s," the concept appears to have been inspired by a scene in the 2008 film "The Onion Movie":

According to the consumer advocacy group Center for Auto Safety, seat belts started their evolution as lap belts. In 1958, a Swedish engineer for Volvo invented the three-point restraint, namely a seat belt that included a lap belt and diagonal shoulder restraint. We found no evidence of any such design as the one shown above for neck belts — and for obvious reasons it would be an extraordinarily bad idea.

The neck belt meme reminded some who commented on social media posts of a thought experiment called Tullock's Spike, an idea thought up by economist Gordon Tullock, who posed the question: Do people engage in riskier behavior as cars get safer over time? If so, Tullock wondered, would putting a spike in the middle of the steering wheel convince people to drive more safely, counterintuitively saving more lives by preventing more traffic collisions?