Claims of voter fraud in North Carolina turned out to be merely a Facebook joke. 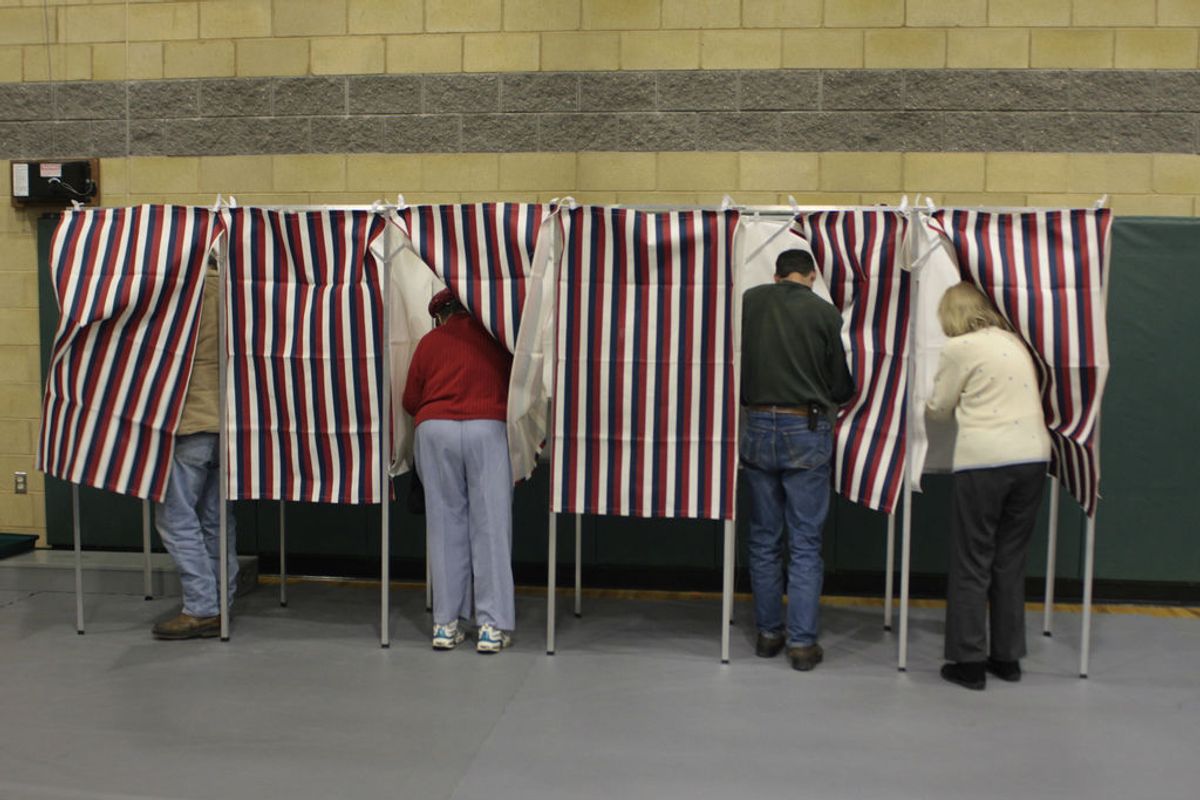 Dougherty's jape produced the usual hyperbolic hand-wringing from factually-challenged political sites such as the Gateway Pundit:

Robert boasted on how he voted for some of his Facebook friends using their identities, and tells them not to worry about voting, because he’s already done it for them.

Robert boasts about how they give you a sticker every time you vote.
He says he will continue to vote all next week! But as the Jacksonville Daily News reported, Dougherty had voted only once, and his Facebook posts were just a spoof of North Carolina's lack of ID requirements for voters at polling places:

What started out as a joke turned into death threats for one Jacksonville resident.

Robert Dougherty posted on Facebook that he’d voted multiple times for Hilary Clinton under different friends’ names at the polls and planned to continue.

A photo he published showed a handful of “I voted early” stickers and Dougherty commented on the thread reassuring friends, who were tagged in the post, that there was no need for them to wait in line.

He gave them a “straight Democratic Party Ticket,” Dougherty wrote, adding “Amazing how many addresses you get off Google.”

Three times Dougherty mocked the lack of ID requirements at the polls in the thread, a hot discussion in North Carolina this year.

After seeing the angry reaction, Dougherty took the post down and called the Board of Elections to apologize, according to Director Rose Whitehurst.

He told her it was a private conversation, a joke between him and his brother, that someone took as truth and shared.

Whitehurst said Dougherty told her he’d only voted once, which she said she already knew. The BOE runs a tight ship and there are safe guards in the system against people voting more than once under their own name, she said.

Whitehurst said they would have recognized him if he’d come in again to vote under a different name.