Were Nazi Remains Found in the Stomach of a Giant Catfish?

Large fish are not a practical substitute for museums. 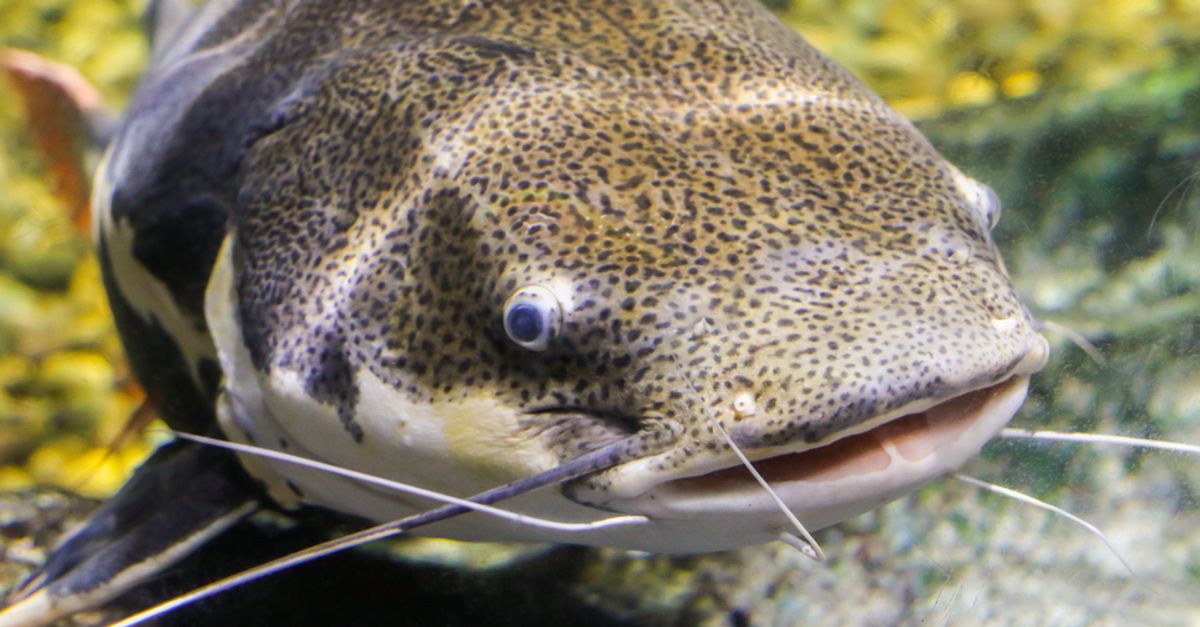 Claim:
The remains of a Nazi soldier were found in the belly of a giant catfish.
Rating:

In January 2017, old photographs of a giant catfish appeared on social media along with the recycled claim that the remains of a Nazi soldier were discovered in its belly. The claim was buttressed by separate photographs of bones alongside Nazi memorabilia.

The images are all real, but they are not connected to one another; the bones and Nazi paraphernalia were not found inside the catfish. These images were first associated with one another in a fabricated World News Daily Report article published in April 2015:

A pair of Polish fisherman made an amazing discovery when they opened the belly of the 410 pound catfish they had just caught in the Oder river. The stomach of the monstrous fish contained fragments of human bones, as well as German military artifacts dating back to the Second World War.

Alfons Brzozowski and Marek Zdanowicz were fishing near the Oder’s confluence with the Bóbr river on April 6, when they made an astonishing catch: a gigantic Wels catfish, measuring 12 feet (3.68 meters) and weighting 413 pounds (187.5 kg).

Their celebration was rapidly transformed into interrogation, and then disgust, when they opened the animal’s belly. Among a large quantity of half-digested fish, they discovered an old metal insignia dating back to Nazi Germany, as well dozens of human bone fragments.

World News Daily Report is a well-known purveyor of fake news that has a long history of publishing fictional stories such as this one. In addition to this rumor's dubious source, an examination of the images show that these pictures are not related.

The photograph of the catfish is also real, and like the other photographs, has nothing to do with Nazis. This image is actually of a 280-pound catfish that was caught in the Po Delta in Italy. The fisherman, Dino Ferrari, published several additional photographs to prove that the fish were real. None of those photographs indicated that the catfish's stomach contained any human remains, Nazi or otherwise.

The average lifespan of catfish is around 20 years, although certain species can live up to 60 years in the wild. They generally eat algae and insects — not humans.