Do These Photos Show a 1939 Nazi Rally at Madison Square Garden?

It wasn't the only Nazi rally to take place in 1930s New York. 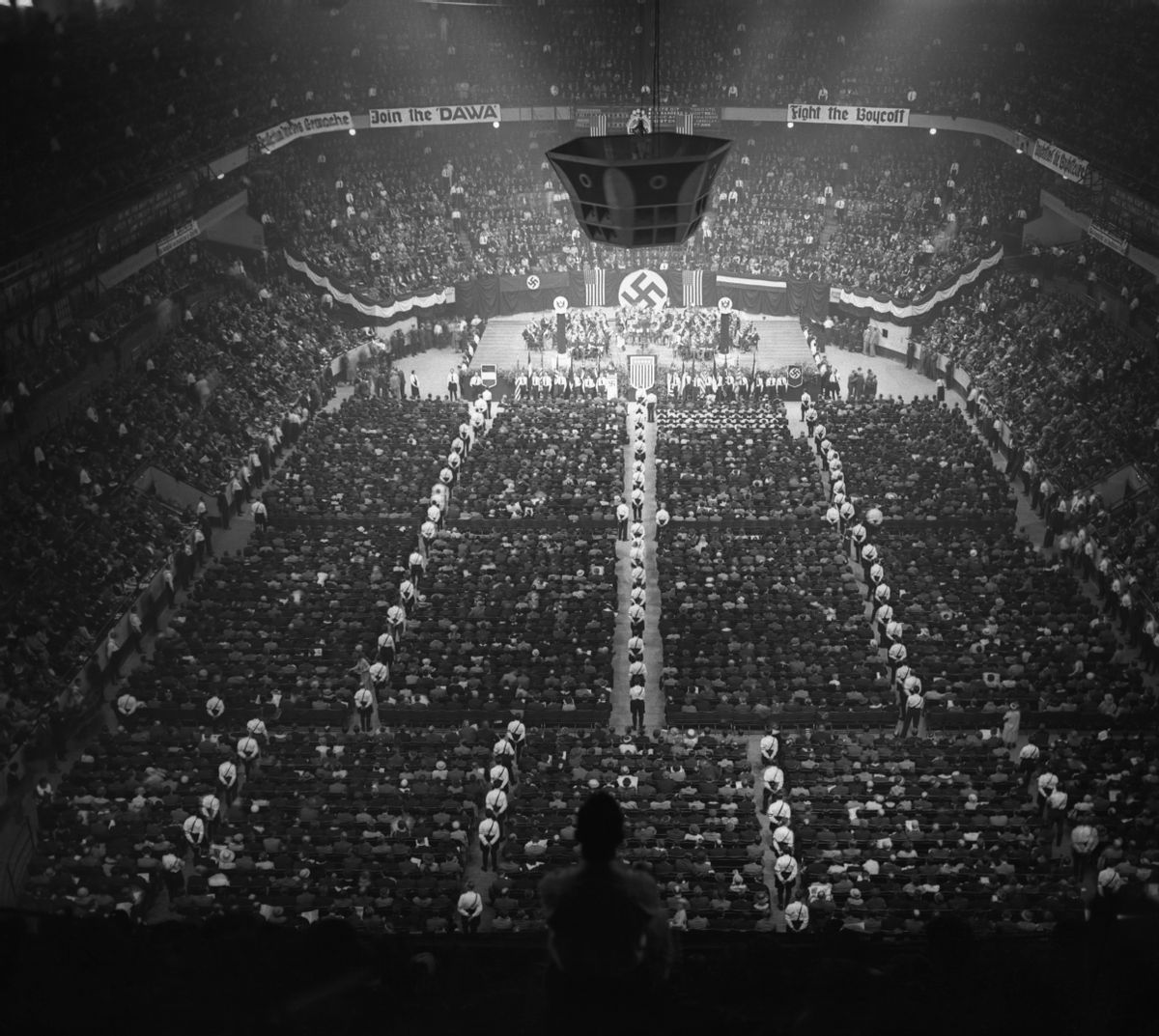 Claim:
Photographs circulating online in February 2020 show a Nazi rally that was held at Madison Square Garden in 1939.
Rating:

The viral photographs in question were not all taken at the same rally. They actually depict different Nazi rallies, several of which were held at Madison Square Garden throughout the 1930s.

In February 2020, photographs supposedly showing a Nazi rally that took place at Madison Square Garden in the late 1930s circulated on social media: On Feb. 20, 1939, the pro-Nazi organization German American Bund, or the German American Federation, held a rally at Madison Square Garden in New York City. This rally was billed as a "Pro America Rally," featured swastikas, Nazi salutes, and a 30-foot-tall portrait of U.S. President George Washington.

Here's how History.com described the rally:

Six and a half months before Adolf Hitler invaded Poland, New York City’s Madison Square Garden hosted a rally to celebrate the rise of Nazism in Germany. Inside, more than 20,000 attendees raised Nazi salutes toward a 30-foot-tall portrait of George Washington flanked by swastikas. Outside, police and some 100,000 protestors gathered.

The organization behind the February 20, 1939 event—advertised on the arena’s marquee as a “Pro American Rally”—was the German American Bund (“Bund” is German for “federation”). The anti-semitic organization held Nazi summer camps for youth and their families during the 1930s. The Bund’s youth members were present that night, as were the Ordnungsdienst, or OD, the group’s vigilante police force who dressed in the style of Hitler’s SS officers.

Banners at the rally had messages like “Stop Jewish Domination of Christian Americans” and “Wake Up America. Smash Jewish Communism.” When the Bund’s national leader, Fritz Kuhn, gave his closing speech, he referred to President Franklin Delano Roosevelt as “Rosenfield,” and Manhattan District Attorney Thomas Dewey as “Thomas Jewey.”

Contemporary news articles noted that around 20,000 people attended this rally, while close to 100,000 "anti-Nazis," made up of protesters, theatergoers, and passersby, gathered outside the arena. The day after the rally, The Associated Press reported that about a dozen protesters were arrested following scuffles with police. Newspaper columnist Dorothy Thompson was nearly ejected from the rally after she shouted "nonsense" during a pro-Nazi speech. 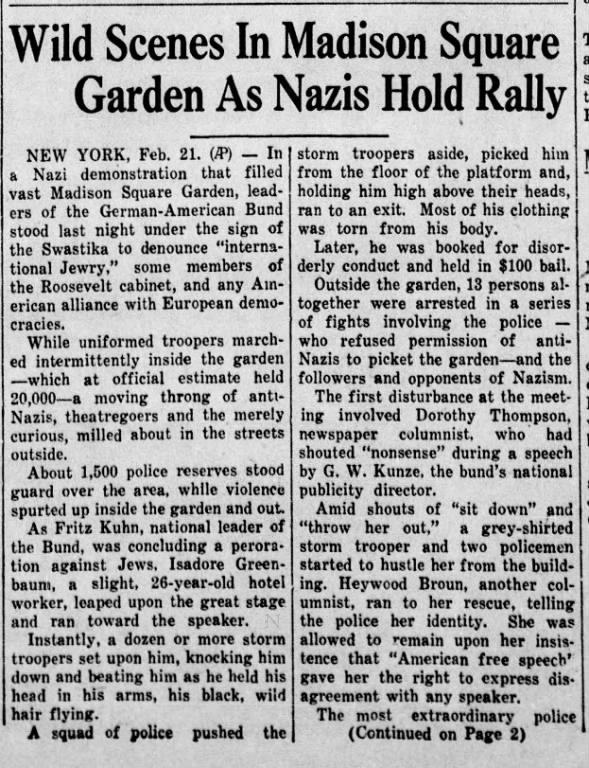 The 1939 Nazi rally at Madison Square Garden was also featured in a 2017 Oscar-nominated documentary short called "A Night At the Garden."

While the images displayed at the top of this page are often shared as if they come from a single Nazi rally in 1939, however, there were actually several Nazi rallies held at the famous arena throughout the 1930s. The photograph showing the Nazi flag surrounded by American flags, for example, was taken at a rally in 1938. We also found a photograph that showed a group of children raising Nazi salutes on stage at the Garden in 1936. The following image shows another 20,000-person rally that was organized by the League of the Friends of the New Germany, the American pro-Nazi organization that preceded the German American Bund, at Madison Square Garden in 1934: It should be noted that these Nazi rallies did not take place at the Madison Square Garden currently standing in 2020, but at the old building referred to as MSG III, which was built in 1925 and demolished in the 1960s.