Did Native Americans Give NASA a Message to Take to the Moon?

The story of how a joke becomes a legend. 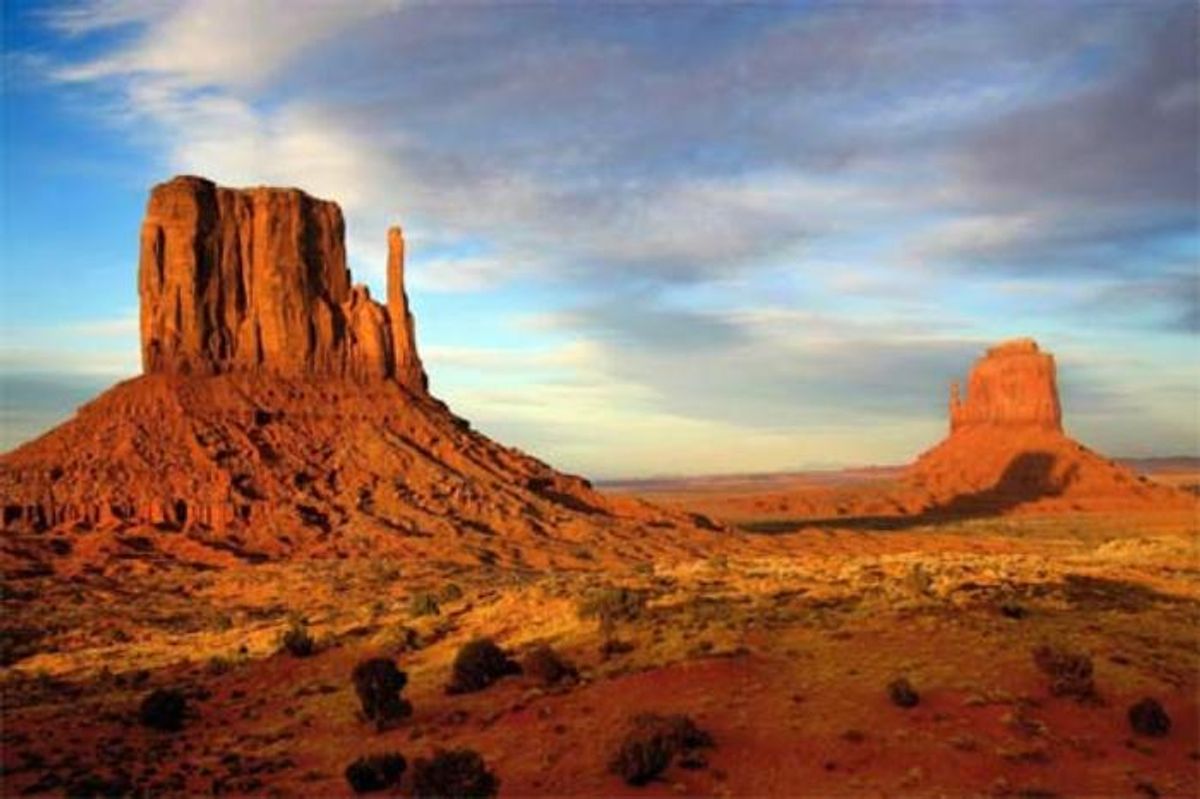 Claim:
Native Americans provided NASA with a cryptic message to take to the moon.
Rating:

This bit of humor referencing the displacement of Native Americans by European settlers and the U.S. government's abrogation of numerous treaties permanently reserving tracts of lands to various tribes was included in a 1987 Western Folklore article about "Native American Views of the Space Program" and has been a frequent entry in Internet joke lists since 1995:

About 1966 or so, a NASA team doing work for the Apollo moon mission took the astronauts near Tuba City where the terrain of the Navajo Reservation looks very much like the Lunar surface. With all the trucks and large vehicles there were two large figures that were dressed in full Lunar spacesuits.

Near by a Navajo sheep herder and his son where watching the strange creatures walk about, occasionally being tended by personnel. The two Navajo people were noticed and approached by the NASA personnel. Since the man did not know English, his son asked for him what the strange creatures were and the NASA people told them that they are just men that are getting ready to go to the moon. The man became very excited and asked if he could send a message to the moon with the astronauts.

The NASA personnel thought this was a great idea so they rustled up a tape recorder. After the man gave them his message they asked his son to translate. His son would not.

Later, they tried a few more people on the reservation to translate, and every person they asked would chuckle and then refuse to translate. Finally, with cash in hand someone translated the message: "Watch out for these guys, they come to take your land."

It's a clever "turning the tables" joke, with the Navajo outsmarting government interlopers on their land by nearly sneaking a subversive message onto a moon mission and, in some versions, extracting a payment from the NASA men to provide them with a translation of the cryptic quote that only they can understand.

The mentions of scientific projects and government agencies (e.g., Apollo, NASA) and a bit of truthful background (Apollo astronauts did train at various sites in Arizona, including a Navajo reservation) has led numerous readers to inquire of us whether this anecdote is a "true story." Although this item might possibly have earlier antecedents as yet unknown to us, it appears to have originated with a joke Johnny Carson included in his Tonight Show monologue on the evening of July 22, 1969, two days after Apollo 11 astronauts Neil Armstrong and Buzz Aldrin became the first men to set foot on the surface of the moon.