Law enforcement was criticized for its slow response as chaos unfolded at the U.S. Capitol in Washington, D.C. 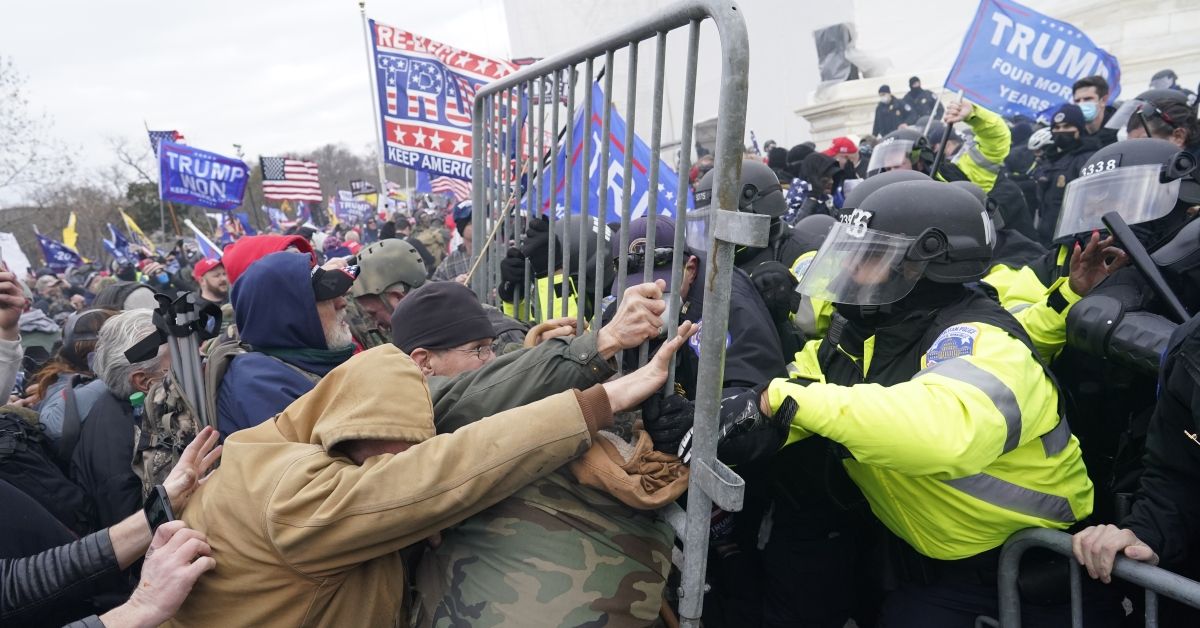 Claim:
The Department of Defense initially denied a request by D.C. officials to deploy the National Guard at the U.S. Capitol as it was breached by a pro-Trump mob seeking to prevent the certification of the 2020 presidential election.
Rating:

After some delay, the D.C. National Guard was deployed in the Capitol. Virginia and Maryland said they would also send their guard. A Washington Post reporter quoting an anonymous source said the Department of Defense initially denied D.C. officials' request to deploy the guard.

The Department of Defense denied the report but acknowledged that they had not acted upon the request immediately. They initially offered to replace police in other capacities in the city, allowing more police at the Capitol.

We were unable to determine why there were conflicting reports around a purported denial to send in the guard. There was some “confusion” in the process of deploying the National Guard which led to the delayed response, but the details around this confusion are presently unknown.

On Jan. 6, 2021, as pro-Trump mobs descended on the U.S. Capitol in Washington, D.C., seeking to prevent the certification of the 2020 presidential election, many experts and security analysts wondered why law enforcement’s response was so lackluster, particularly that of the National Guard.

Criticism of the National Guard grew as Aaron Davis, a Washington Post investigative reporter tweeted around 3 p.m. EST that the Department of Defense (DoD) had denied D.C. officials’ requests to deploy the guard to the Capitol. Half an hour later, Washington Post military reporter Dan Lamothe said that a DoD official told him the entire D.C. National Guard had been deployed, “putting about 1,100 guardsmen on duty tonight,” right after the mob breached the U.S. Capitol. Virginia’s governor also dispatched members of the Virginia Guard along with 200 Virginia State Troopers to quell the violence, while Maryland’s governor sent their National Guard to act as "rapid response force to support law enforcement and restore order."

Many tweets claimed that the DoD had outright denied D.C. officials the help they requested. The department soon denied this, stating that they had “initially offered to replace police in other capacities in the city, allowing more police at Capitol specifically.” As described by Lamothe, the department acknowledged that they had simply not “acted upon” the request immediately. A WUSA9 reporter shared an explanation from Army Secretary Ryan McCarthy: “U.S. Capitol Police requested National Guard as soon as the Capitol was breached, there was confusion, and [McCarthy] made a determination a half hour later to mobilize the full D.C. National Guard.”

What this confusion was remains unclear, but many journalists and analysts criticized the delay in the guard’s response. A New York Times report shed more light around what could have contributed to it, describing how the military was hesitant to directly confront the mob: “Defense officials want the authorities in Washington to use the local police and other law enforcement agencies to confront the protesters, with the National Guard troops in support but not in the lead, to avoid the specter of a military battling election protests.”

Lamothe, referring to the way the armed forces responded to Black Lives Matter protests in the summer of 2020, tweeted: “Defense officials, smarting from outcry to military's heavy involvement in June protests, sought limited role and to shield military from politics.” He also added in response to “questions about why it will take hours to get all D.C. guardsmen into the city,” that, “Remember, most have day jobs. Some live hours away in Virginia, Maryland and beyond. Am told they have four hours to respond.”

Days before the attack on the Capitol, D.C. Mayor Muriel Bowser had already requested the guard be deployed in anticipation of the crowds descending on the Capitol. In a press release prior to the riots, the guard stated that 340 personnel were “activated” to assist police with controlling crowds at metro stations and enforcing street closures.

By early evening, just a few hours after the mob breached the Capitol, authorities reported that they had secured the building.

The initial response from the DoD was marred by confusion, which led to criticism surrounding their relatively slow response to the mob attack on the Capitol compared with responses to protests over the summer of 2020. Given that we are unable to determine the reasons for the confusion, and the DoD say they did not deny sending the Guard to D.C., we rate this claim a “Mixture.”

Update, Jan 8. 2021: A Washington Post report laid out how the Pentagon placed tight limits on the actions of the National Guard before the Jan. 6 violence and tried to ensure that the use of military force remained constrained. They prohibited guardsmen from receiving ammunition or riot gear, interacting with protesters unless necessary for self-defense, sharing equipment with local law enforcement, or using Guard surveillance and air assets without the defense secretary’s explicit sign-off.

Early Wednesday afternoon the police made an urgent plea for backup, and while the request was not formally denied, they were pressured to use the military as a last resort. Mayor Muriel E. Bowser told the Post that the Capitol police explicitly requested help, and the army was concerned by the negative optics of "what it would look like to have armed military personnel on the grounds of the Capitol," a point on which she agreed. The Pentagon eventually lifted restrictions on the guard from managing traffic to a full-fledged riot response but it took three hours. During that time the police were overwhelmed and rioters stormed the building. The army's restrictions, the jumble of jurisdictions, and command structures slowed down the guard's response. The full details can be read in this report.

Trump also claimed on Twitter that he directed the Guard to be deployed to the Capitol. This was not true. A New York Times report describes how he initially rebuffed and resisted calling them in for help, and White House counsel, Pat Cipollone, had to intervene. Ultimately it was Vice President Mike Pence who gave the order to deploy the Guard.

Jan. 8, 2021: Updated to include details about the delay in the National Guard's response from the Washington Post, and The New York Times, as well as Trump's false claim that he ordered the Guard's deployment.