A National Database for Sudafed, but No Background Check for Ammo?

The Uvalde massacre in May 2022 focused attention, once again, on the ease of availability of guns and bullets in the United States. 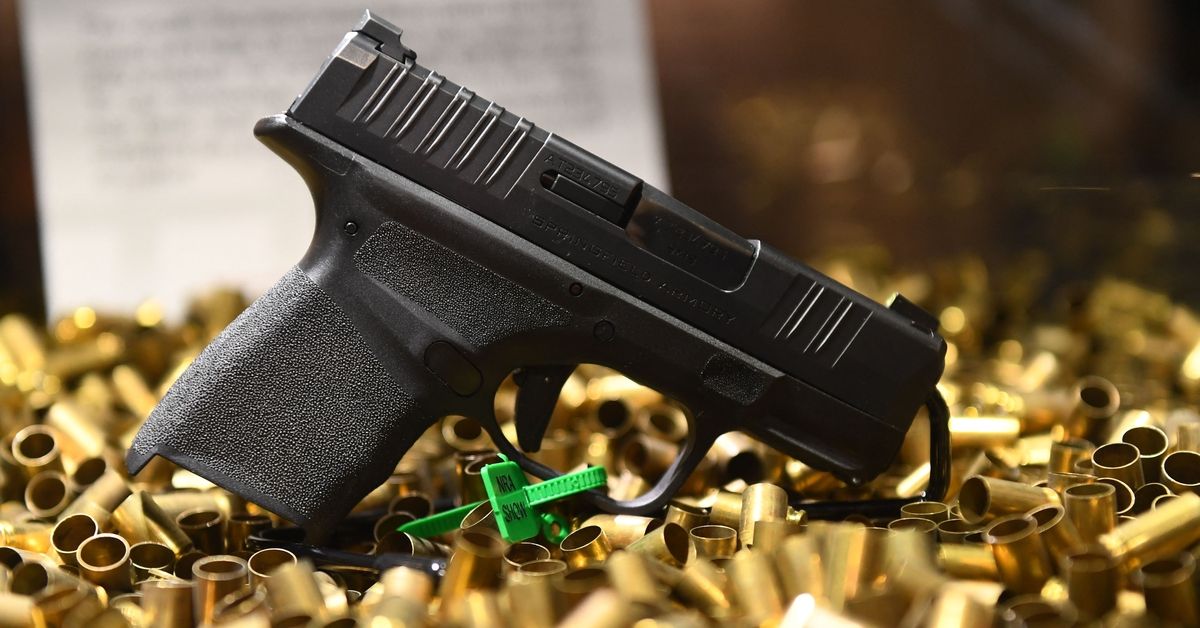 Image Via Photo by PATRICK T. FALLON/AFP via Getty Images

Claim:
Those buying ammunition in the United States are not subject to a background check, but anyone who buys certain nasal decongestants is added to a national database.
Rating:

A handful of states have introduced background checks for ammunition purchases; the federal government has not established an official, uniform national database of pseudoephedrine purchases.

In the aftermath of a deadly school shooting in Uvalde, Texas, in May 2022, discussion turned in some quarters to the regulation of access to firearms and ammunition.

For many observers, it is on average too easy to purchase and possess lethal firearms, especially semi-automatic rifles, and large quantities of rounds. One viral tweet made just such a point. On May 24, @irishrygirl wrote:

"I can buy 10,000 rounds of ammo and there is no background check, but if I buy 1 box of Sudafed my info goes into a national database." That claim was boosted when a screenshot of the tweet was shared on Facebook by the prominent left-wing page Occupy Democrats, and spread widely elsewhere on that platform, as illustrated in the screenshot below: Our rating is "Mostly True."

No Background Check for Ammunition

Federal law makes it illegal for certain "prohibited persons" — typically violent criminals — to buy, sell, own, or transfer firearms or ammunition, and licensed gun sellers are required, under federal law, to perform a background check for firearm sales. However, that obligation does not extend to ammunition sales.

A handful of states have introduced their own laws requiring background checks for ammunition sales, including Connecticut, Illinois, Massachusetts, and New Jersey.

In 2013, legislators in New York passed a landmark law requiring a background check before any ammunition purchase, but the planned database was abandoned.

California introduced a similar background check requirement in 2019, resulting from a referendum three years earlier, but a federal court overruled the law in 2020.

Background-checking for ammunition purchases does exist in the United States, but only in a small fraction of states, and certainly not as part of any federal requirement. So when the meme claims "there is no background check" for ammunition, that's a largely — though not completely — accurate assessment. (6/29/05-Boston, MA) Anna Borowik of Springfield looks at a package of Sudafed in CVS on Newbury Street. (Photo by Matt Stone/MediaNews Group/Boston Herald via Getty Images)

In 2006, Congress passed, and then-U.S. President George W. Bush signed, the Combat Methamphetamine Epidemic Act (CMEA). Among other provisions, it restricted and regulated the sale of drugs like ephedrine, pseudoephedrine, and phenylpropanolamine, which had been marketed as over-the-counter nasal decongestants, but are also used illicitly to manufacture methamphetamine for illegal sale.

The CMEA imposed monthly limits on the quantity of medicines — such as Sudafed — that could be sold to a given customer, and it also required anyone who sells such medicines (primarily pharmacists) to keep a logbook containing the name and personal details of every customer.

The law also requires sellers to make the contents of those logbooks available for inspection by law enforcement agents, but no one else.

The CMEA did not establish a national, federally-operated database of CMEA logbooks, and in this sense the claim is not fully accurate. However, most states in the country require those logbooks to be made available to law enforcement agencies through a privately-operated database called the National Precursor Log Exchange (NPLEx).

Importantly, the information contained in NPLEx can be accessed by officers from various states, which gives the database its national dimensions. It was created by Appriss Insights, and is operated by the National Association of Drug Diversion Investigators — a nonprofit organization.

In response to our requests for clarification, Appriss told Snopes:

The National Precursor Log Exchange (NPLEx) is a real-time electronic logging and compliance system for retailers and law enforcement that allows them to combat methamphetamine manufacturing.

NPLEx tracks over-the-counter (OTC) cold and allergy medications containing pseudoephedrine (PSE), a precursor to methamphetamine. It was developed to help pharmacies comply with the federal Combat Methamphetamine Epidemic Act (CMEA) and is currently mandated in 38 states and is used on a voluntary basis in two others.

Federal and many state laws require pseudoephedrine and ephedrine products to be placed behind the pharmacy counter. Purchasers must show ID and sign a log for each purchase. These logs are subject to review by vetted law enforcement officials across state lines to aid them in their investigations.

The federal government has not created a uniform, national database for would-be pseudoephedrine buyers, in the same way as it has for would-be firearms buyers using licensed gun dealers.

However, by federal law anyone attempting to purchase medicines that contain methamphetamine precursors — such as some Sudafed products — will have their name and details entered into a logbook.

In 40 out of 50 states, those details will also be entered into a near-nationwide database of logbooks, accessible by law enforcement officers in that vast majority of states, thus creating what can quite reasonably be described as a national database, albeit an incomplete one.

“About NICS.” Federal Bureau of Investigation, https://www.fbi.gov/services/cjis/nics/about-nics. Accessed 31 May 2022.

CMEA (The Combat Methamphetamine Epidemic Act of 2005). https://www.deadiversion.usdoj.gov/meth/index.html. Accessed 31 May 2022.