Why are peanuts in the shell considered to be unlucky at auto racing events? 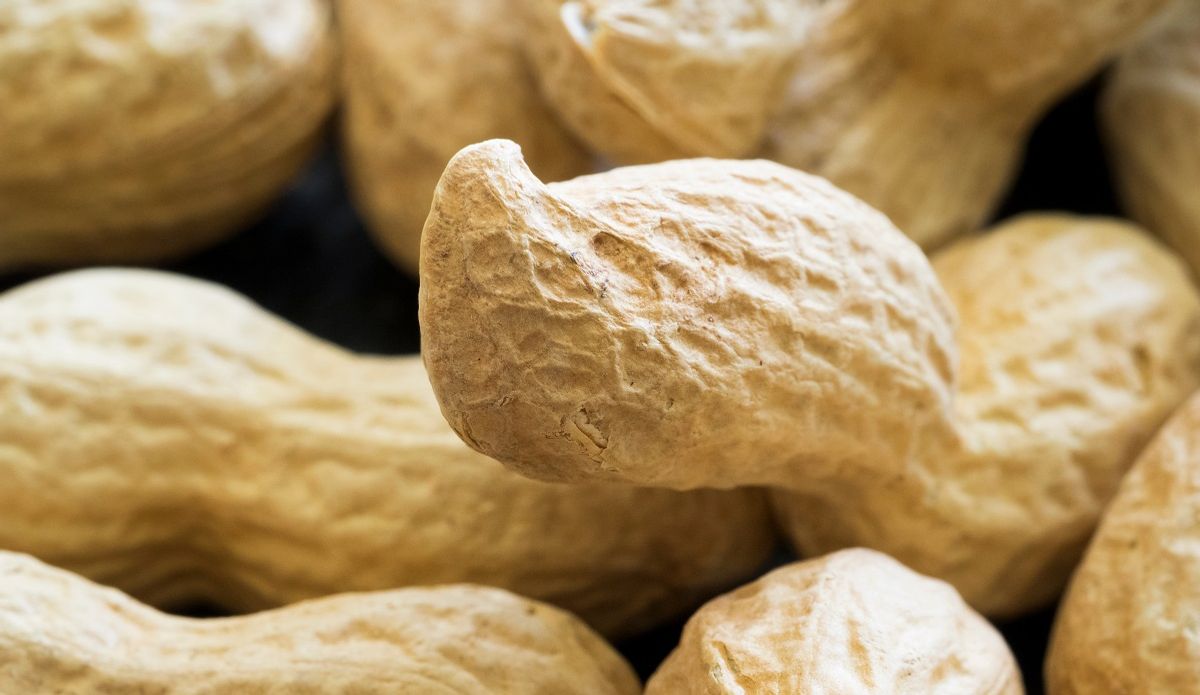 Claim:
Peanuts in the shell are unlucky at auto racing events.
Rating:

The peanut isn't actually a nut at all; it's a member of the legume family, a class of edibles that includes soybeans, green peas, lentils, beans, and chick peas. Yet non-nut that it is, it is a beloved foodstuff.

It's also unlucky. Or least, so says a widely believed superstition within the motor racing world. Many NASCAR drivers have a strong aversion to peanuts in the shell, even barring their presence from their pits. (Peanuts disrobed from their shells appear to be okay with most drivers, however.)

This especially odd superstition is rumored to have its roots in one of two open-cockpit racer wrecks that took place in 1937. Those who attempt to explain the belief say peanut shells were subsequently found in the cockpits of the drivers who died in those crashes or, alternatively, these shells were afterwards discovered embedded in the grilles of the death cars.

The first wreck happened on at Pennsylvania's Langhorne Speedway during the feature race on that day's card. In an attempt to take over second place during the race, Frank Bailey swerved to avoid hitting a car driven by Bud Henderson, then crashed into the outer fence on which a number of spectators were seated. Just scant moments before, Henderson had hit two spectators who were attempting to cross the track to the infield. Three spectators died in that melee, and four other persons were injured, including one driver, Frank Bailey.

The second multi-car crash of 1937 took place on during the of the sweepstakes race at the state fair in Nashville. While there is confusion about whether four or five cars were involved in this crash, there is no doubt about what happened or the result. The car in the lead (which had lapped the one then in second place) began skidding and collided with the machine beside it. Two (or three) other vehicles, which had been close on the heels of the second-place car, rammed into the two cars piled up in front. Only one person died in this mess, veteran dirt track racer Howard (Howdy) Cox. No one other than the drivers involved in the wreck were injured; unlike the accident at Langhorne, no spectators were harmed.

News coverage of both accidents fails to mention anything about peanuts, either about their hulls being found in the cockpits of crashed cars, or intact peanuts being harvested from their grilles.

Subsequent to these deadly events, a rumor that peanut husks had something to do with either or both of these accidents began to circulate. Different backstories to the belief about ill luck brought about by peanut shells have been given, one asserting the shells were found in the cockpits of the crashed cars, one stating a Philadelphia newspaper published a photo of one of the wrecks in which one could see a peanut wedged in the car's grille, one claiming an anonymous scheming driver attempting to sabotage the race sprinkled his rivals' cars with peanut shells, with the cars he so baptized afterwards crashing into one another.

Alternatively, credit for the rumor has been laid at the feet of Junior Johnson (of NASCAR fame in the 1950s and 1960s). Supposedly, one of his crew was eating peanuts when an engine blew, the coincidence resulting in blame's attaching to the goobers. Others assert mechanics in the 1930s would routinely find peanut shells from the nearby grandstands in the cylinders of engines that had failed.

Ergo, while the superstition is well established, the reason for it is not.

It is known, however, that this proscription against peanut shells and race cars antedates 1937, which rules out both fatal multi-car accidents of that year as the beginning of this myth. A 1933 newspaper article about superstitions held by race car drivers reported that, "Vernon Orenduff, the New Jersey black-headed motor maniac, refuses to race should a peanut shell drop in his seat." The caption under the photograph that headed the article read, "If you want to make Vern Orenduff, above auto racer, mad at Saturday's auto races at the Spartanburg Fair, just get near his Miller race car Saturday with some peanuts."

Yet there is a tie to at least one of those 1937 accidents. Vern Orenduff (of peanut-hating fame) was one of the drivers involved in the 1937 crash in Nashville in which Howard Cox was killed.

It's possible this one driver's personal superstition about peanuts and their shells was pointed to as the cause of the fatal 1937 accident in which he was involved, perhaps by someone's afterwards remembering Orenduff's strong conviction about goobers bringing bad luck. Were that the case, one man's particular bugbear became magnified into an entire sport's bête noire.

Race car drivers are a superstitious bunch, which is not surprising given the capricious danger of the sport. So very little stands between drivers and death, with the smallest of errors or mechanical malfunctions serving to send cars flying off the track and those behind their wheels to eternal rest. Charms and proscriptions have long been mankind's way to attempt to ward off bad luck in perilous situations, which is why it's unusual to find a race car driver who lacks at least one protective ritual, good luck piece, or deliberate avoidance of a specific item believed to be unlucky.

Among NASCAR drivers of the 2000s, superstitions and rituals abound. Some swear by using particular urinals just prior to a race, others will not carry a on their persons, or attribute their continued safety to the wearing "lucky" underwear or socks or their practice of never touching Still others eschew everything having to do with the or swear by eating at a particular restaurant just before the or by noshing on a bologna sandwich just before a race.

Some superstitions are even weirder. Just prior to a race, one of the of Michael Andretti's car would dance in front of the vehicle while shaking a cigar at it. A driver of note of the 1930s swore by rubbing the head of a black person, claiming that it helped him set three world's records.

The best known racing superstition is an aversion to green cars, which are said to be particularly accident prone, even homicidal.