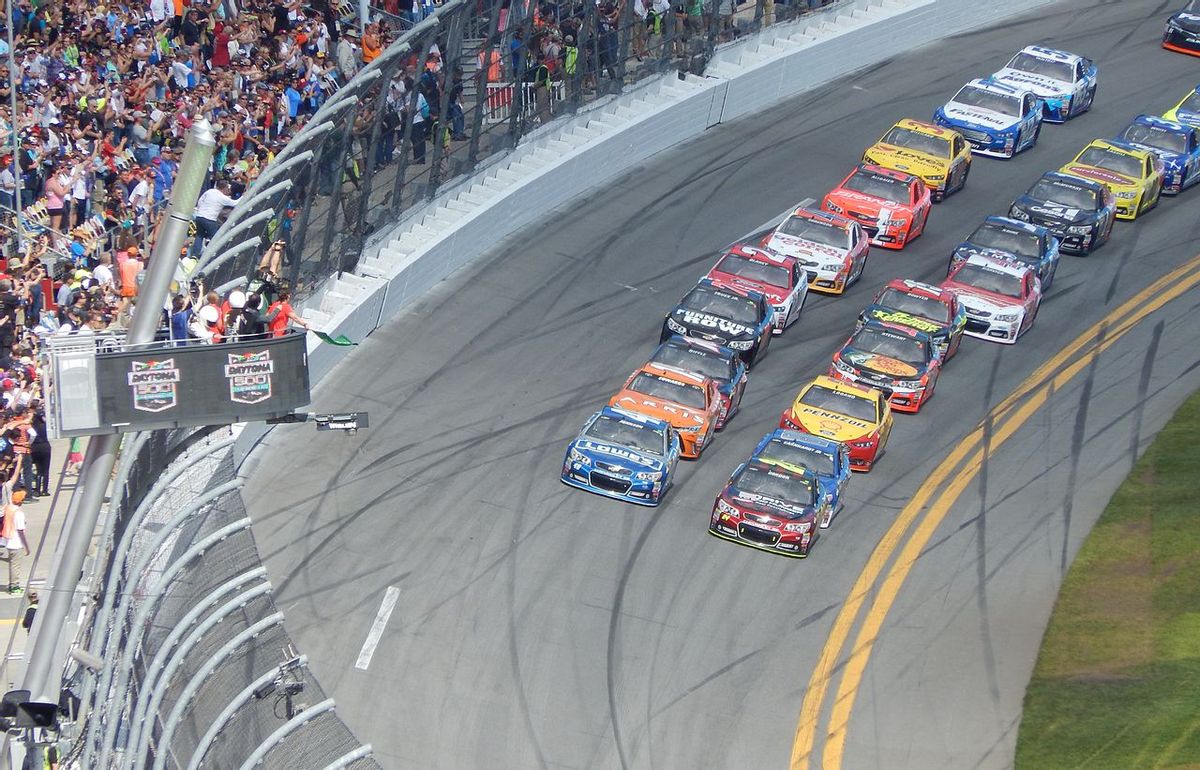 Claim:
NASCAR announced in June 2020 that it will prohibit fans from wearing MAGA hats and other political apparel.
Rating:

On June 13, 2020, Daily World Update published an article positing that NASCAR was banning MAGA hats and other political clothing at their events:

Just days after courting controversy by forbidding the display of confederate flags and related imagery at official racing events, NASCAR has decided to implement what is sure to be another explosive policy. In order to stem any conflicts resulting from disagreements among “politically charged” attendees, the organization is effectively banning the wearing of certain articles of clothing bearing political symbols or slogans, including the popular red “Make America Great Again” cap favored by fans of *President Donald Trump.

NASCAR truly announced in June 2020 that it was banning the display of Confederate flags. In the days following this announcement, false rumors were circulated about NASCAR banning the national anthem, prayer, and military flyovers.