The American space agency has not issued any warnings about the trajectory of another planet intersecting Earth's orbit. 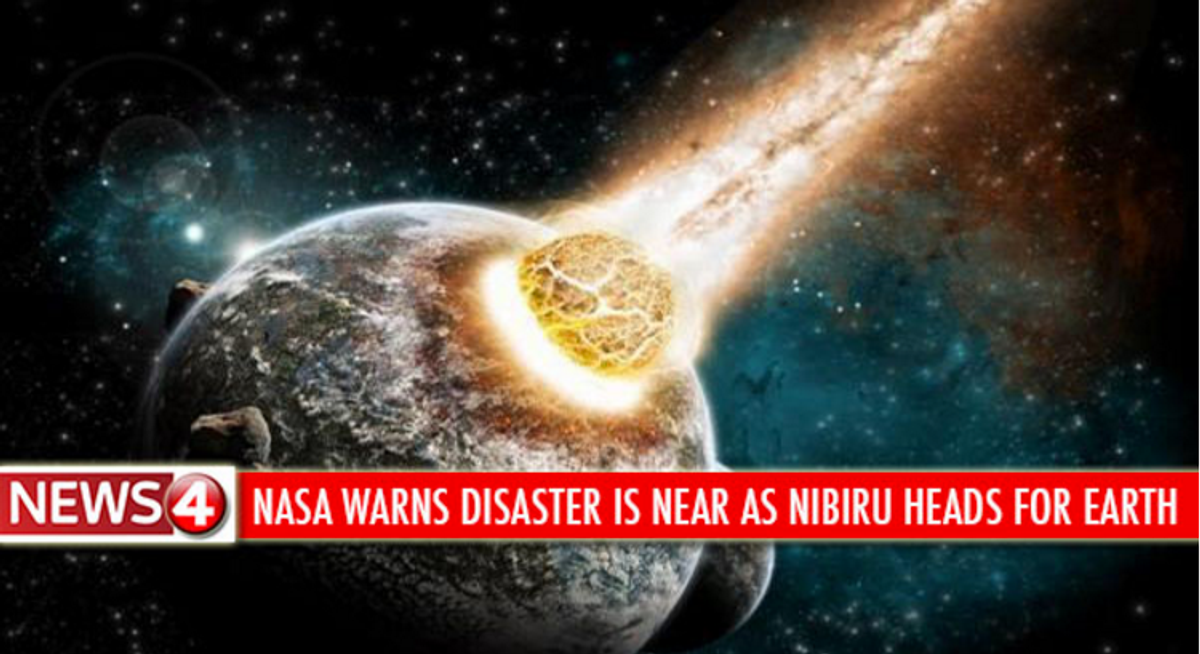 Claim:
NASA has warned of imminent disaster due to the trajectory of another planet that will intersect Earth's orbit.
Rating:

On 10 March 2016, the web site News4KTLA published an article  reporting that NASA had issued a frightening advisory concerning the possibility that the trajectory a "rogue planet" known as "Nibiru" or "Planet X" would intersect Earth's orbit, with potentially disastrous consequences:

Is this the end of the world as we know it? Doomsayers have prophesied for decades about a giant, rogue planet in our solar system — dubbed Planet X or Nibiru — that has the capacity of colliding or passing near Earth, with catastrophic consequences. And of course, NASA has known about the mystery planet for years, but declined to warn us ... until now. Finally, after the announcement of “Planet Nine” in January, conspiracy theorists have proved to the skeptics that they have been right this entire time, and NASA finally has to admit its wrongs. The planet, according to Caltech researchers, has a mass about 10 times that of Earth and takes about 15,000 years to make a full orbit around the sun – And it’s heading towards Earth, with a collision date of August 21, 2016. Although Caltech researchers have admitted that we are headed for doomsday. NASA continues to tiptoe around the subject.

“Although our scientists at NASA have emphasized for years that Nibiru doesn’t exist, we are ready to reveal the fact that it does exist,” said NASA spokesperson Heather Cartwright. “The truth is we have been tracking the object for at least a decade and it is definitely headed towards planet Earth. However, we are expecting a close flyby – not the doomsday collision that Caltech researchers are predicting. There is no need to cause mass panic.” In a response to NASA’s statement, Caltech researcher Randall Smith had this to say: “For NASA to minimize the threat to our earth by calling it a ‘close flyby’ is insulting to our research. We have concrete evidence that proves Nibiru is headed straight for earth with a collision that will destroy life as we know it. NASA is just trying to avoid mass panic and chaos within our world. But we all deserve to know that our days are numbered.”

This report was untrue, just another clickbait fabrication originating with News4KTLA, a fake news site that has appropriated the call letters of a legitimate Los Angeles television station and news outlet (KTLA).

NASA has never issued any such warning, nor reported the existence of any "rogue planet." In fact, NASA has stated just the opposite, that no planet such as "Niburu" is known to exist:

Nonetheless, fringe religious elements periodically invoke doomsday scenarios that posit an apocalypse brought about by another planet's passing in close proximity to Earth, with one such instance supposedly set to occur on 23 September 2017, as reported by Fox News:

Christian numerologists claim that the world will end on Sept. 23, 2017 as they believe a planet will collide with Earth.

According to Christian numerologist David Meade, verses in Luke 21: 25 to 26 is the sign that recent events, such as the recent solar eclipse and Hurricane Harvey, are signs of the apocalypse.

“25: There will be signs in the sun, moon and stars. On the earth, nations will be in anguish and perplexity at the roaring and tossing of the sea. People will faint from terror, apprehensive of what is coming on the world, for the heavenly bodies will be shaken.'

"'26: Men’s hearts failing them for fear, and for looking after those things which are coming on the earth: for the powers of heaven shall be shaken.'

Sept. 23 is a date that was pinpointed using codes from the Bible, as well as a "date marker" in the pyramids of Giza in Egypt.

Meade has built his theory, which is viewed with a widely skeptical lens, on the so-called Planet X, which is also known as Nibiru, which he believes will pass Earth on Sept. 23, causing volcanic eruptions, tsunamis and earthquakes.

Ed Stetzer, a pastor and executive director of Wheaton College’s Billy Graham Center, took exception to such reporting in a piece published on the web site of Christianity Today:

First, there is no such thing as a legitimate ‘Christian numerologist.’

Sure, the writers of Scripture do, indeed, use numbers to point to a few things—that’s first-year seminary. But, it stops at first-year seminary because there are not secret numerical codes that require a profession called “Christian numerology.”

Seminaries don’t offer this as a formal degree nor do any professional, accredited institutions. David Meade, the man the Fox News article cites as their source for these claims, doesn’t have any formal, academic training in numerology.

That’s right, multiple news outlets are referencing the findings of a man with, according to his website, nothing more than a bachelor’s degree in Economics and Astrology from an unnamed institution.

Furthermore, Meade doesn’t provide us with evidence of any biblical training he has received in order to speak authoritatively about the end times. He is discussing biblical matters of profound significance and making predictions about events of global importance without any real authority on these topics.

To make matters worse, the planetary alignments that Meade is using to support his claims about the end of the world have, according to an Express article, already happened four times in the past 1000 years.

Meade is a made-up leader in a made-up field, and should not be on the front page of anything, let alone Fox News.

And, when we remind people of this, maybe they will be less likely to report on it next time.