A conspiracy-oriented web site claimed that that Earth's magnetosphere "COLLAPSED" for two hours, but NASA confirmed the incident was a software glitch — and that such fluctuations aren't doomsday events. 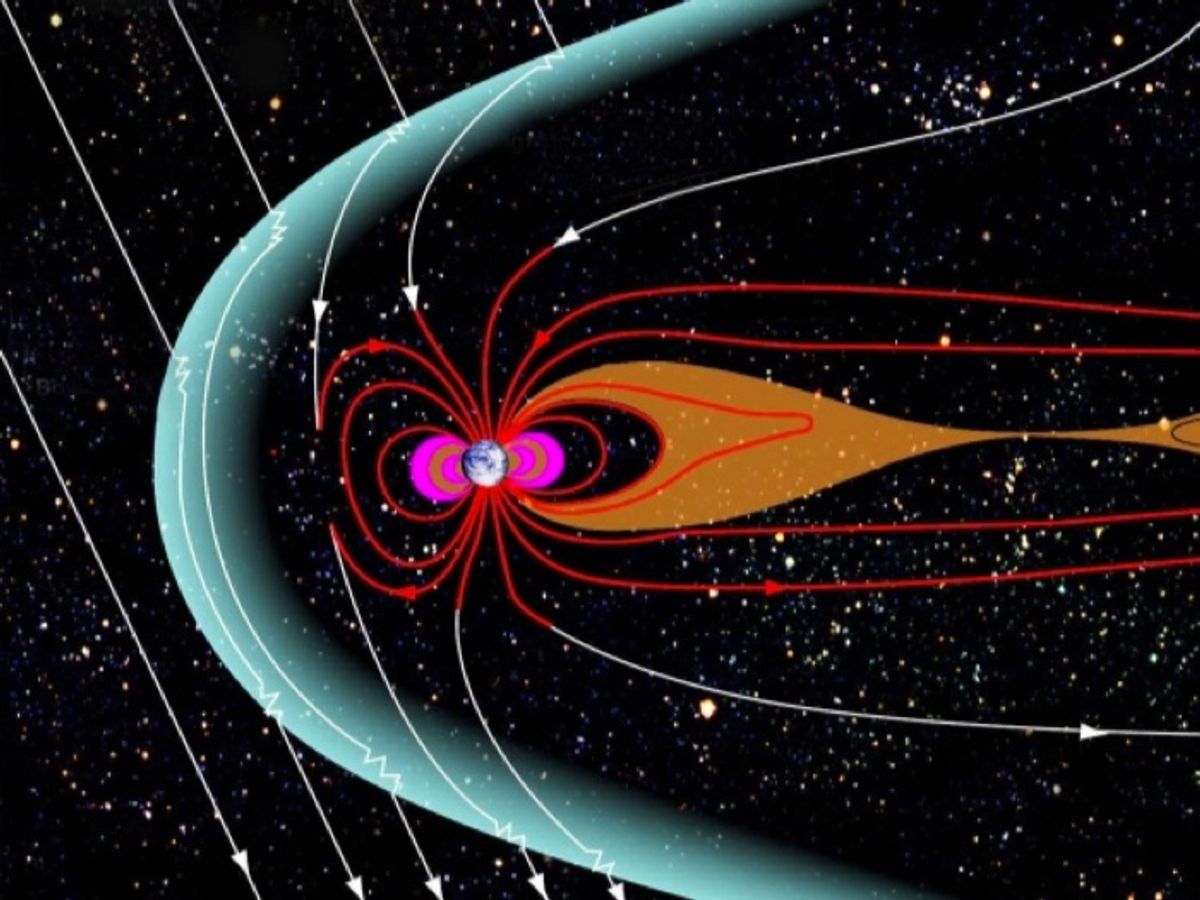 On 23 April 2016, unreliable web site Superstation95 reported that data gleaned from NASA revealed that Earth's magnetosphere had "COLLAPSED" for a period of two hours:

A stunning and terrifying event has taken place in space surrounding our planet; for two hours today, earth's "Magnetosphere" COLLAPSED around the entire planet! The magnetosphere is what protects earth from solar winds and some radiation.

Here is how NASA Space Weather Satellites recorded the event: This report was false, however. Heliophysics (the study of the effects of the sun on the solar system) is a complex topic, making bombastic claims easier to cloak in a veneer of plausibility. NASA's web site features a brief explainer which notes that doomsday scenarios tend to leverage unfamiliarity with the topic in order to exaggerate normal atmospheric fluctuations:

Earth's polarity is not a constant. Unlike a classic bar magnet, or the decorative magnets on your refrigerator, the matter governing Earth's magnetic field moves around. Geophysicists are pretty sure that the reason Earth has a magnetic field is because its solid iron core is surrounded by a fluid ocean of hot, liquid metal. This process can also be modeled with supercomputers. Ours is, without hyperbole, a dynamic planet. The flow of liquid iron in Earth's core creates electric currents, which in turn create the magnetic field. So while parts of Earth's outer core are too deep for scientists to measure directly, we can infer movement in the core by observing changes in the magnetic field. The magnetic north pole has been creeping northward – by more than 600 miles (1,100 km) – since the early 19th century, when explorers first located it precisely. It is moving faster now, actually, as scientists estimate the pole is migrating northward about 40 miles per year, as opposed to about 10 miles per year in the early 20th century.

Another doomsday hypothesis about a geomagnetic flip plays up fears about incoming solar activity. This suggestion mistakenly assumes that a pole reversal would momentarily leave Earth without the magnetic field that protects us from solar flares and coronal mass ejections from the sun. But, while Earth's magnetic field can indeed weaken and strengthen over time, there is no indication that it has ever disappeared completely. A weaker field would certainly lead to a small increase in solar radiation on Earth – as well as a beautiful display of aurora at lower latitudes - but nothing deadly. Moreover, even with a weakened magnetic field, Earth's thick atmosphere also offers protection against the sun's incoming particles.

The science shows that magnetic pole reversal is – in terms of geologic time scales – a common occurrence that happens gradually over millennia. While the conditions that cause polarity reversals are not entirely predictable – the north pole's movement could subtly change direction, for instance – there is nothing in the millions of years of geologic record to suggest that any of the 2012 doomsday scenarios connected to a pole reversal should be taken seriously. A reversal might, however, be good business for magnetic compass manufacturers.

However, NASA space weather analyst Leila Mays told us that the 23 April readings weren't the result of normal fluctuations in any case, but rather a software glitch that led to erroneous simulations:

The images were taken from the integrated space weather analysis system (iswa.ccmc.gsfc.nasa.gov). iSWA is tool to display some of the real-time simulations of the models available at the CCMC - the Community Coordinated Modeling Center (https://ccmc.gsfc.nasa.gov/about.php). The CCMC provides access to space science simulations to the science community and supports the transition of models from research to operations, which includes running the models in a real-time testbed which is available via iSWA. Real-time simulations should be considered only as research and prototyping quality. These products are experimental and undergoing evaluation.

The poorly-sourced claim was widely spread by Superstation95 an online outlet that is neither a "superstation" nor a legitimate news source but rather a repository of misinformation from Hal Turner, a white supremacist who was sentenced in 2010 to 33 months in prison for making death threats against three federal judges. (The individual listed on the site's "Contact" page is Turner's criminal lawyer.)

Beginning in late 2015, Turner's Superstation95 began spreading alarmist hoaxes and conspiracy theories on social media. Among the most popular were claims that a large group of Muslim men fired upon campers and hikers in California, that Fukushima radiation caused mutations in marine life, that cargo ships mysteriously ground to a halt and signaled an imminent economic catastrophe, that a deadly Las Vegas strip collision involved a driver shouting "Allahu Akbar," and that the San Bernardino shooting occurred because the shooter was offended pork was served at a holiday party shortly before the massacre. The site's claims span many conspiracy themes, but remain united in their consistent lack of credibility or accuracy.