Is NASA Hiring Someone to Protect Earth from Aliens?

NASA has announced a job opening for a planetary protection officer, but viral news reports take significant liberties when describing the nature of the job. 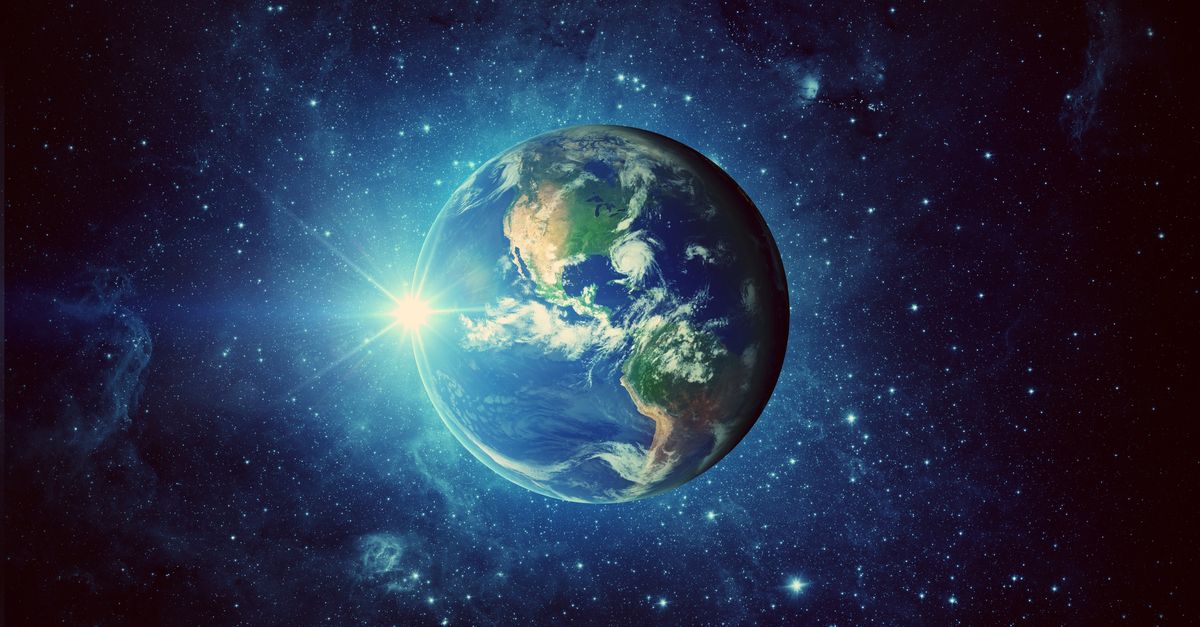 Claim:
NASA will hire someone (with a secret security clearance) to ensure alien life doesn't make its way to Earth.
Rating:

In July 2017, NASA opened applications for the job of Planetary Protection Officer, a role primarily concerned with preventing contamination from Earth to other planets.

While the job does have a mandate to prevent extraterrestrial contamination from entering Earth’s biosphere, most of the job involves working with missions to design systems that prevent them from accidentally bringing life with them to other worlds.

On 2 August 2017, USA Today reported on a NASA job posting for a “planetary protection officer” in a way that — while sure to boost page views — took serious liberties with the nature of, and need for, the position advertised. Several other web sites reprinted the USA Today article, using headlines like “NASA is Hiring Someone to Protect Earth from Aliens,” which stated:

The National Aeronautics and Space Administration is currently looking for someone with a secret security clearance to ensure alien life, or "organic-constituent and biological contamination" doesn't make its way back in a space ship.

While this statement is technically true, it misrepresents of the nature of the work performed by the planetary protection officer -- the most significant aspect of which is to prevent other planets and space objects from becoming contaminated by us.

This position is assigned to Office of Safety and Mission Assurance for Planetary Protection. Planetary protection is concerned with the avoidance of organic-constituent and biological contamination in human and robotic space exploration.

NASA maintains policies for planetary protection applicable to all space flight missions that may intentionally or unintentionally carry Earth organisms and organic constituents to the planets or other solar system bodies, and any mission employing spacecraft, which are intended to return to Earth and its biosphere with samples from extraterrestrial targets of exploration. This policy is based on federal requirements and international treaties and agreements.

And on their web site, the Planetary Protection Office also describes the two-way nature of the job:

Planetary protection is essential for several important reasons: to preserve our ability to study other worlds as they exist in their natural states; to avoid contamination that would obscure our ability to find life elsewhere — if it exists; and to ensure that we take prudent precautions to protect Earth’s biosphere in case it does.

This NASA position, and the concept of planetary protection in general, is far from new. The role of planetary protection officer dates back to 1963, when the organization formed a position they dubbed the planetary quarantine officer. This position was later reorganized to carry out NASA’s commitment to principles set forth in the 1967 “Treaty on Principles Governing the Activities of States in the Exploration and Use of Outer Space, Including the Moon and Other Celestial Bodies,” which says:

States Parties to the Treaty shall pursue studies of outer space, including the Moon and other celestial bodies, and conduct exploration of them so as to avoid their harmful contamination and also adverse changes in the environment of the Earth resulting from the introduction of extraterrestrial matter and, where necessary, shall adopt appropriate measures for this purpose.

By law, the position of planetary protection officer has a term-limit -- three years with an option to extend the post by two years -- necessitating regular job announcements. Given that NASA deals with classified defense projects, it is not shocking that the job would come with security clearance, either.

The current planetary protection officer, Catharine Conley, spoke to Scientific American about the duties of her job:

The purpose is explicitly to protect the activities that humans want to do. Initially that would be science, but other things will be done in the future as well. If you wanted to drill into an aquifer on Mars, it would be in the interest of future colonists that you keep the drilling clean because organisms can grow in the aquifer and change the conditions so that it is no longer available. We've seen that happen on Earth. That would be really unfortunate.

My interest in planetary protection is much more personal. As part of my laboratory’s research on muscle atrophy, my first spaceflight experiment was flown on the last mission of the Space Shuttle Columbia that tragically disintegrated during reentry on 1 February 2003. Surprisingly, when we opened our recovered hardware several months after the accident, many of our experimental animals had survived the crash.

Inadvertently, our research had demonstrated that, if properly shielded, even multicellular animals could survive a meteoritic-style entry event, one of the key steps required for the natural transport of living organisms between planetary bodies. This recognition makes it even more critical that we don’t carry life from Earth with us on missions to search for life elsewhere—otherwise, if we find some, we might not be able to tell the difference!

To be fair to USA Today, the job does involve protecting Earth from any potential biological contamination brought back home from space as well. For example, the upcoming Mars 2020 Rover mission has floated the idea of caching samples on the surface of the planet for later return to Earth by another mission. Such proposals must be evaluated by and designed in conjunction with the planetary protection officer to make sure nothing biologically native to Mars would contaminate Earth.

However, the majority of missions in NASA’s immediate future are either Earth-observing missions or robotic missions to Mars or potentially far off rocky moons like Europa that will not return to Earth. That means much of the job will entail designing strategies to prevent the potential for contamination to these places from Earth, and not — as lightly suggested by USA Today — serving as an intergalactic “Men in Black” agent.

U.S. Department of State.   "Treaty on Principles Governing the Activities of States in the Exploration and Use of Outer Space, Including the Moon and Other Celestial Bodies."     27 January 1967.

Biba, Erin.   "Meet NASA’s One and Only Planetary Protection Officer"