Yes, NASA Is Launching ‘Armageddon’ Mission to Destroy an Asteroid

It's all in the name of "planetary defense." 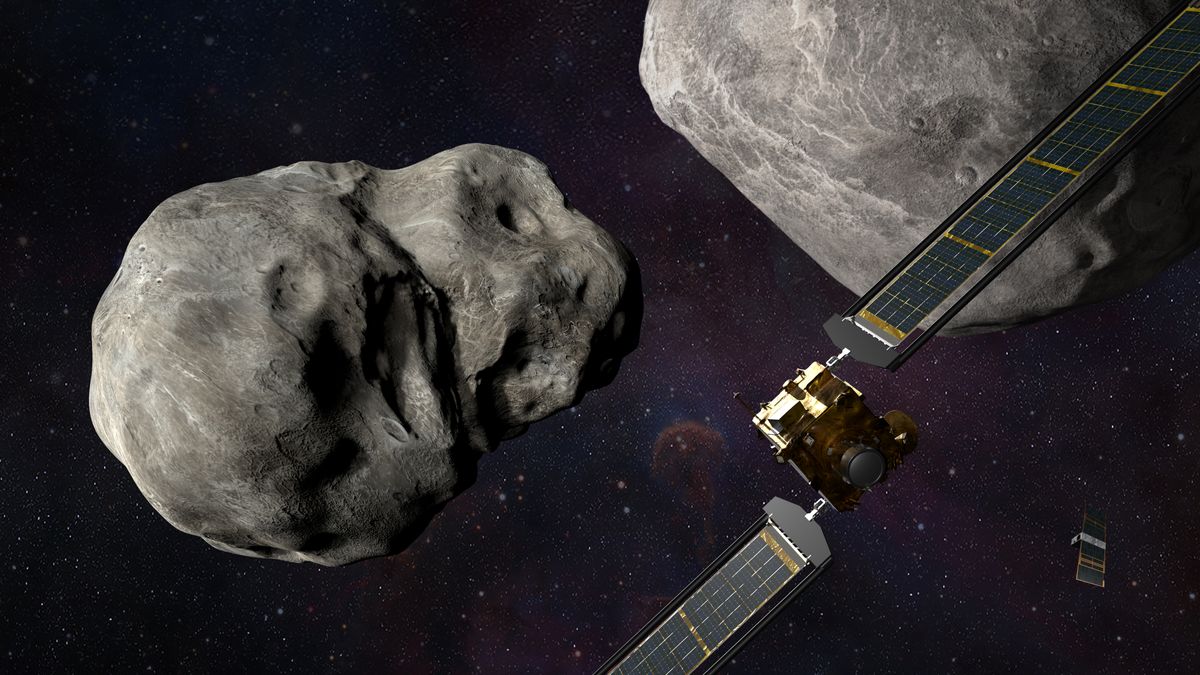 Claim:
In November 2021, NASA will be launching a spacecraft to crash into an asteroid’s moon to test the agency’s "planetary defense."
Rating:

As if from a scene in a doomsday movie, real life Earth-bound space experts will take to their workstations in November 2021 to launch a small, golf-cart-sized spacecraft into space with the hopes that it will knock a looming asteroid off of its orbit.

Except in this case, the asteroid in question poses no imminent harm. The target is the near-Earth asteroid Didymos and its moonlet, Dimorphos, neither of which pose a direct threat to Earth. And it’s all part of a test mission to be conducted by NASA to test the capabilities for redirecting potentially hazardous asteroids in the future.

NASA announced the upcoming Double Asteroid Reduction Test (DART) mission on Oct. 1 and news outlets like CBS dubbed it an “Armageddon”-like mission. But rest easy, there is no "Dottie" in sight.

At the time of this writing, there are more than 26,000 near-Earth asteroids, nearly 10,000 of which are known to be larger than 450 feet and another 891 that measure a half-mile long. In the last month, NASA says that 14 known asteroids passed closer to Earth than the moon — a number that reaches 127 when counting back 365 days.

That’s where NASA’s Planetary Defense Coordination Office comes in. This branch is responsible for finding, tracking, and characterizing near-Earth asteroids and objects, and this marks its first attempt at what is called the kinetic impactor technique, which sends a spacecraft like DART to the path of an asteroid to change its motion.

“DART is our first full-scale attempt to demonstrate that we can change the motion of an asteroid in space, potentially as a way of defending Earth against the hazard of asteroid impacts,” said Tom Statler, a DART scientist, in a podcast interview.

Asteroids orbit the sun like our home planet does, and when they are in their solar orbit, they do not come near Earth’s orbit or pose a threat. Asteroids that are potentially hazardous are those whose orbits intersect with Earth’s. To find those potential threats, telescopes around the world consistently scan the skies and collect data ultimately compiled by the International Astronomical Union’s (IAU) Minor Planet Center. IAU then determines whether a detected moving object is an asteroid, calibrates its orbit, and figures whether it has the potential to make contact with Earth.

“The key is to be able to find the asteroids on those Earth-intersecting trajectories, find them well in advance of any collision, and to take steps years ahead of time, not to destroy the asteroid -- don't need to do that; in many cases, we wouldn't be able to -- but just to prevent that collision from happening. And that's what we're going to do with DART. We're going to demonstrate one technology to cause that deflection that, someday, if we need to, we might use this technology to prevent an asteroid from hitting the Earth,” explained Statler.

The half-ton spacecraft will spend the better part of a year transiting to the binary asteroid system, Didymos, which is made up of two asteroids that orbit around each other. Just as the sun holds Earth in its orbit, the half-mile wide asteroid Didymos holds its football stadium-sized moon Dimorphos in orbit. DART is expected to run into the side of this small moon at a high velocity of 4 miles per second to change the motion of the binary asteroid, eventually slowing down and tightening up its orbit around the larger asteroid.

“Orbits are like donkeys, you pull them one way and they go the other way. So that's an aspect of this. You hit the thing to slow it down and it ends up going around faster,” explained Statler. Four sequential radar images of Didymos and its moonlet taken in November 2003. NASA

Currently, no known asteroid has a chance of impacting Earth in a century, according to Statler, but there could be some we haven’t yet discovered, and science is finding new ones all the time. And because scientists have been observing Didymos for decades, this “natural laboratory” will help researchers to determine whether systems like DART can move an asteroid and if so, by how much.

“The images DRACO returns of the target asteroid Dimorphos, including the last-second glimpse of its own impact site on the asteroid, will be crucial toward analyzing the results of the DART test and understanding how the asteroid was affected,” wrote NASA in a news statement.

DART is scheduled to launch at 10:20 p.m. PST on Nov. 23 aboard a SpaceX Falcon rocket and ill be live-streamed from Vandenberg Space Force Base in California. The spacecraft will intercept Didymos’ moonlet in late September 2022 when Didymos is within 6.8 million miles of Earth. And yes, it will be visible to ground-based telescopes. Schematic of the DART mission shows the impact on the moonlet of asteroid Didymos. Post-impact observations from Earth-based telescopes would, in turn, measure the change in the moonlet’s orbit about the parent body. NASA/Johns Hopkins Applied Physics Lab