The space agency did not allow women astronauts when Hillary Rodham was a young girl. 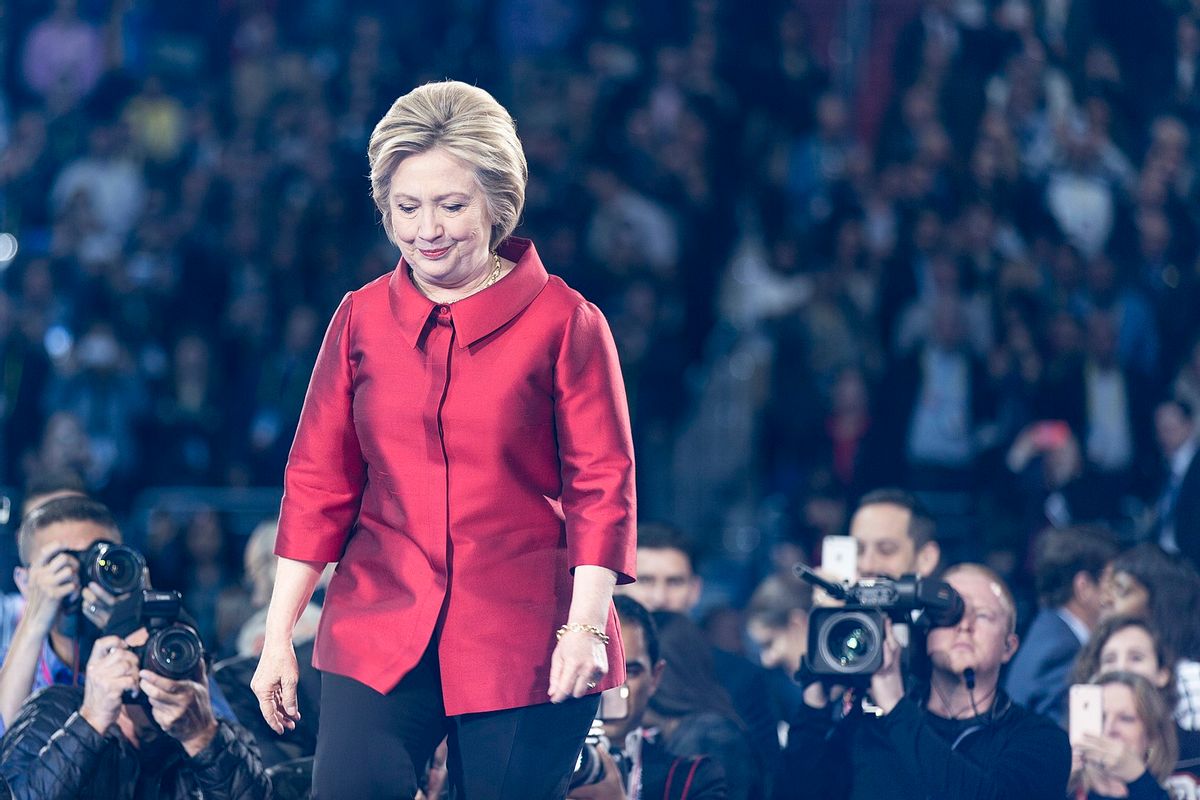 Claim:
In the 1960s, NASA rejected Hillary Clinton’s childhood dream of becoming an astronaut because the space agency did not accept women astronauts at the time.
Rating:

An oft-repeated story by former U.S. Secretary of State, first lady, and presidential candidate Hillary Clinton, is of the time when she wrote a letter to NASA as a child, expressing her dream of becoming an astronaut. NASA responded, she claimed, explaining they did not have any women astronauts. Clinton has repeated this many times over the years, with the details recounted largely the same.

In one speech, honoring Amelia Earhart in 2012, she said:

Now some of you may know that when I was a little girl growing up in Illinois, I was interested in all kinds of stories about women. And my mother ... was a real fan of Amelia Earhart’s, and actually told me about Amelia Earhart. And then when we decided, under President Kennedy’s leadership, that our nation was going to go to the moon and we were going to have an astronaut program, I wanted to be an astronaut. So when I was about 13, I wrote to NASA and asked what I needed to do to try to be an astronaut. And of course, there weren’t any women astronauts, and NASA wrote me back and said there would not be any women astronauts. And I was just crestfallen. But then I realized I couldn’t see very well, and I wasn’t all that athletic, so probably – (laughter) -- I wouldn’t be the first woman astronaut anyway.

The Washington Post investigated this story in 2015, reaching out to NASA and the Clinton campaign. Neither could reproduce the correspondence that Clinton described, given that the interaction took place around half a century ago.

But NASA did argue that such an interaction likely did take place, and they had no reason to doubt Clinton’s story. Agency officials said such a response was consistent with their policy at the time.

“In 1962, the requirements for being an astronaut included being a military test pilot with a degree in engineering,” spokesperson Lauren Worley said. “More than 50 years later, NASA’s astronaut corps reflects our nation’s diversity.”

NASA did not have a women’s astronaut program then. The first American woman who went to space was Sally Ride in 1983, while Susan Helms was the first woman crew member aboard the space station in 2001. The Washington Post did share an excerpt from NASA’s research about a failed private screening for women astronauts in the 1960s:

Dr. Randy Lovelace had been running (in 1960/61) a private screening program for potential women astronauts that was abruptly terminated in September 1961. That fall, there were many questions raised about why the program had been ended — with many fingers in the press and on Capitol Hill pointing at NASA. In the summer of 1962 there were congressional hearings on the topic.

What had actually happened in September 1961 is that Dr. Lovelace had tried to run further tests on his women astronaut aspirants at Pensacola Naval Air Station. (It should be noted that most of the women weren’t completely aware the Dr. Lovelace had no official backing for this effort.) Before committing resources to these tests the U.S. Navy asked NASA if this was an official program. Surprised NASA officials said no, and the Navy refused to let Dr. Lovelace run the tests at Pensacola.

In discussions between NASA Deputy Administrator Hugh Dryden and U.S. Navy officials that fall, Dryden’s position was that “NASA does not at this time have a requirement for such a program” but that it might investigate the possibility “at some time in the future.” This was the official policy on women astronauts and NASA response letters to women throughout the 1960s reflect this perspective.

The Washington Post reviewed archived documents from that time and found a number of similar responses from NASA that gently encouraged the girls writing to them, while maintaining their policy of not planning to train female astronauts. One example was a letter found in Ride’s collection. It was sent to Ride by a woman named Linda Halpern who had written to NASA in 1962, and she received a response from the agency that said: “while many women are employed in other capacities in the space program — some of them in extremely important scientific posts — we have no present plans to employ women on space flights because of the degree of scientific and flight training, and the physical characteristics, which are required.”

A NASA spokesperson responded to our questions with the following statement: "Unfortunately, because so many letters of this kind were received, we do not have a record of a letter to or from Mrs. Clinton in the 1960s, but we have no reason to doubt her account."

NASA also shared with us, correspondence between former astronaut Marsha Ivins and the space agency from 1970, written when Ivins was in college: Although there is plenty of circumstantial evidence showing that it was likely that NASA sent Clinton such a response, there is no way to verify the actual correspondence decades later. We thus rate this claim as “Unproven.”