Does This Video Show a Nanobot Inseminating Egg with ‘Lazy’ Sperm? 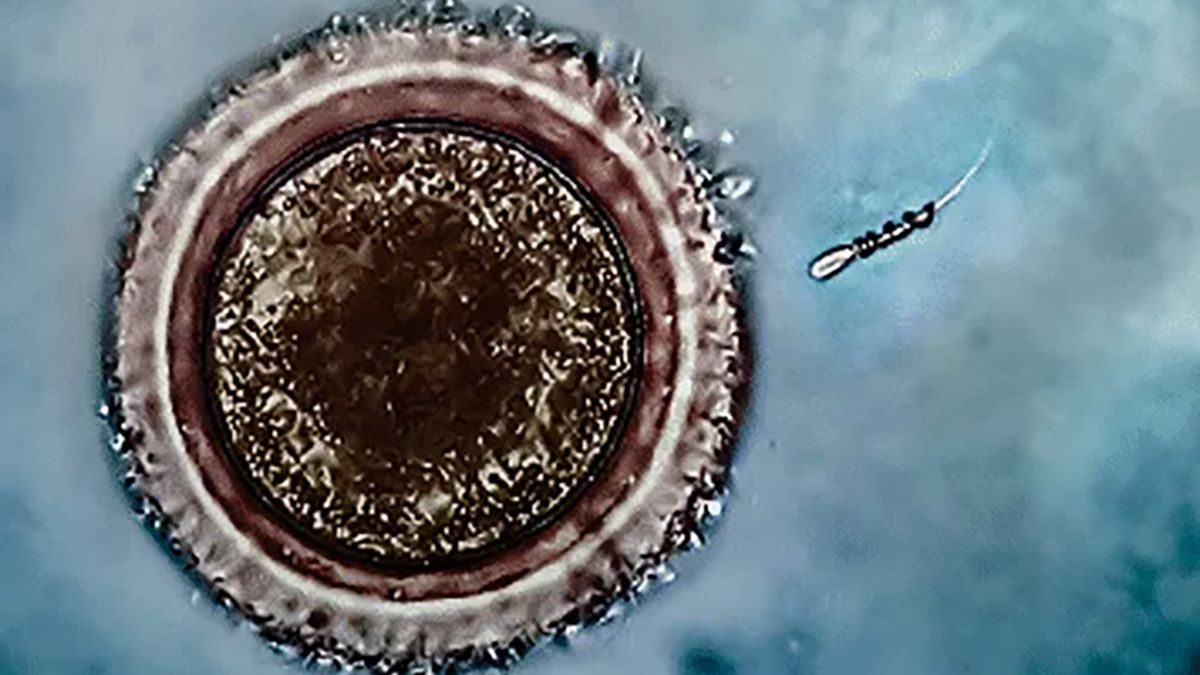 A video filmed at the microscopic level shows a nanobot as it picks up a lazy sperm by the tail and inseminates an egg with it.” (Image Via Nano Letters)

Claim:
A video filmed at the microscopic level shows a nanobot as it “picks up a lazy sperm by the tail and inseminates an egg with it.”
Rating:

The video in question was published in a 2016 issue of the peer-reviewed scientific journal Nano Letters, and showed a so-called “spermbot” propelling immotile sperm toward an egg cycle in a petri dish, or in vitro, and not in an actual living organism. Researchers wrote at the time that the technology has potential but requires more research before it can be applied in medical procedures.

A black-and-white video shared to social media showed a microscopic, corkscrew-shaped helix as it appeared to consume a sperm cell, transport it, and eventually drive the little swimmer into the wall of an immature egg cell, or oocyte.

The video was widely circulated after it was shared to Twitter by the account Weird Science on Sept. 21, 2021, in which the claimed the video showed a nanobot as it “picks up a lazy sperm by the tail and inseminates an egg with it.” The video was also posted to Reddit shortly after, where it garnered 125,000 upvotes.

A look through the scientific literature revealed that yes, the video in question is real. But there are a few caveats to note, namely that this is the second round of attention it has garnered on social media.

The assisted swimmer video initially made headlines when it was first published in a 2016 issue of the peer-reviewed journal Nano Letters, a publication by the American Chemical Society. The so-called “spermbot” was developed by researchers at the German Institute for Integrative Nanosciences in an effort to find new approaches to addressing infertility.

Let’s be clear: The technology is a prototype that was recorded propelling immotile sperm toward an oocyte in a petri dish, or in vitro, and not in a living organism. Latin for “within the glass,” in vitro studies are performed using biological cells and molecules outside of a living organism. (In vivo, on the other hand, translates to “within the living” and refers to work within an organism.)

The main cause of infertility is low sperm motility or sperm that are otherwise healthy but can’t swim. Cue the spermbot, designed as an alternative to other infertility treatments like artificial insemination and in vitro fertilization. The nanobot consists of a metal helix large enough to wrap around the sperm and uses a rotating magnetic field to latch on to the tail of sperm to “drive” it into an egg for potential fertilization.

Micromotors like the spermbot are inspired by their natural counterparts and mimic natural processes with the help of human-powered assistance, like magnetic fields. But despite their promise, the precision of delivery, and biocompatibility, the compatibility of nonorganic material with living tissue, remain challenges in the human body.

The hybrid micromotor uses a spermatozoon as an “onboard power supply” and coupled with the microtube that was remote-controlled by an external magnetic field, the sperm tail still provides propulsion for “cellular cargo delivery.” In short, these “customized microhelics” serve as motors that can transport sperm cells that have motion deficiencies.

“Our results indicate that metal-coated polymer microhelics are suitable for this task due to potent, controllable, and nonharmful 3D motion behavior,” wrote the study authors. “We manage to capture, transport, and release single immotile live sperm cells in fluidic channels that allow mimicking physiological conditions.”

Successful capture, as seen in the video, shows the tail being confined inside the inner part of the microhelix, head sticks out at the front end and is loosely bound by a ring that “acts like a noose to prevent the sperm head from slipping back through the helix.

Limitations in the technology arose when comparing different sperm and egg cells, each of which have to be transferred from culture dishes to another platform for testing that caused delays and temperature fluctuations — both factors that can influence success rates. Still, the authors say their work serves to demonstrate a new approach to artificial reproduction in the future.

“Unfortunately, similar to many promising applications in biomedical engineering, it appears to be still a long way from artificially motorized sperm delivery to actual oocyte fertilization,” wrote the researchers, adding that the success of this novel approach lies in its potential.

Testing in petri dishes was a “promising start” that could one day lead to a treatment for male infertility, but required more research before it could be applied to humans, the researchers concluded.

“Despite the fact that there still remain some challenges on the way to achieve successful fertilization with artificially motorized sperms, we believe that the potential of this novel approach toward assisted reproduction can be already put into perspective with the present work,” wrote the study authors.

Snopes contacted the researchers to learn more about the current standing of the technology, and whether it may be fit for human testing but did not hear back in time for publication. We will update the article accordingly.