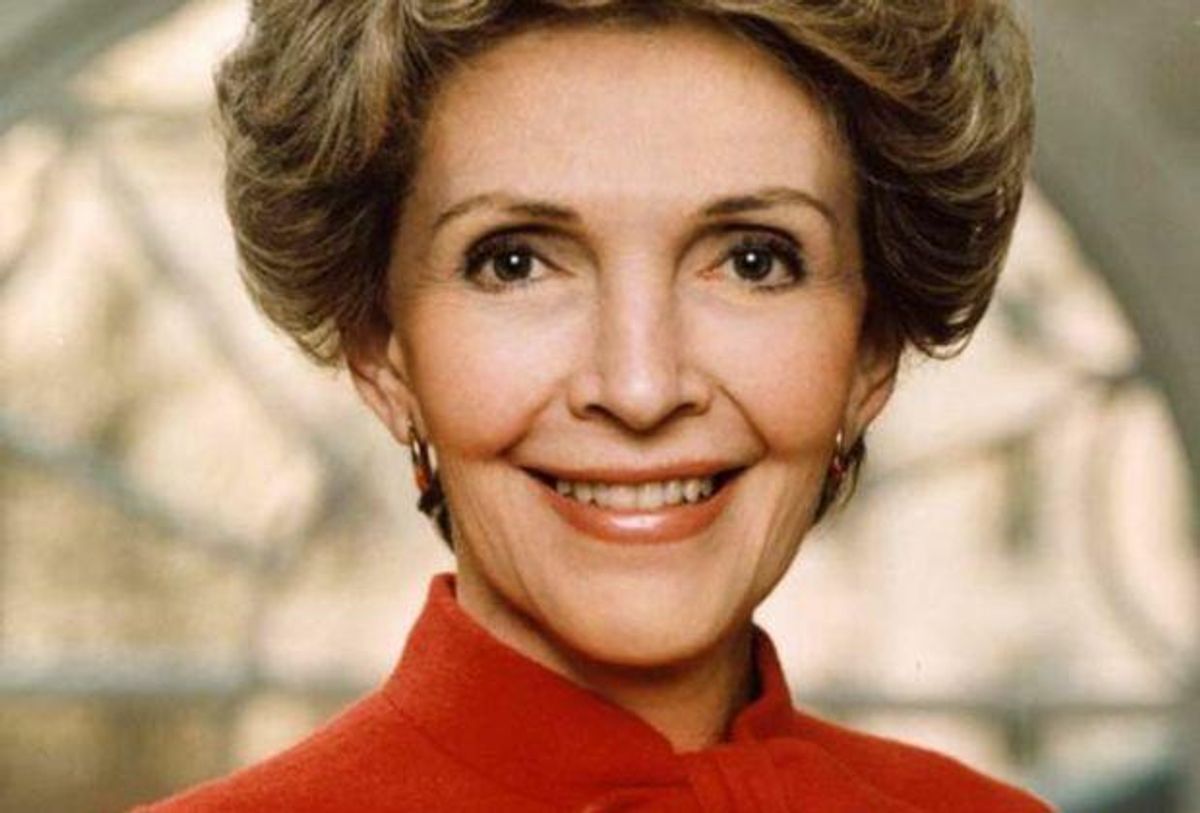 Claim:
Nancy Reagan once said "It is appalling to see parades in San Francisco and elsewhere proclaiming 'gay pride' and all that."
Rating:

The passing of ancy Reagan in March 2016 prompted the online recirculation of a derogatory quote about gay pride that has long been attributed to the former first lady: Although this quote has been attributed to Nancy Reagan for twenty years or more, we have not yet found any documentation demonstrating that she actually uttered these words. The quote is usually sourced to a Boston Globe article or interview dating from 1981 (sometimes said to have been published on either 31 March 1981 or 26 August 1981), but we have not turned up any Boston Globe item from that year (or any other) reporting her as having made this statement. The quote is sometimes also sourced to the former first lady's 1989 memoir My Turn, but we likewise found no mention of it among the pages of that book.

This statement bears several hallmarks of a typical questionable quote: it is of uncertain sourcing, the earliest citings of it apparently occurred only long after it was supposedly made, and it is always presented without any supporting context. The closest thing we've found to any claimed context is simply a reproduction of the statement prefaced with a single additional sentence:

"Women's liberation and gay liberation [are] part of the same thing: a weakening of the moral standards of this nation. It is appalling to see parades in San Francisco and elsewhere proclaiming 'gay pride' and all that. What in the world do they have to be proud of?"

This expanded snippet has been attributed to a 17 January 1980 Boston Globe article titled "The Downside of Women's Liberation," but that article appears to be about smoking and women's health and does not include any statement from Nancy Reagan (which is not surprising, as the article was published nearly a year prior to her husband's election to the presidency).

Other anecdotal evidence (such as the 1993 book Free Minds & Free Markets: Twenty-Five Years of Reason) suggests that this quote appeared under the byline of Nancy Reagan in March 1981 by a publication called The Globe (not the Boston Globe), whose details and nature are uncertain at this remove.