Did Nancy Pelosi Invest Up to $1M in Tesla?

The U.S. House Speaker came under scrutiny for the contents of a financial disclosure in January 2021. 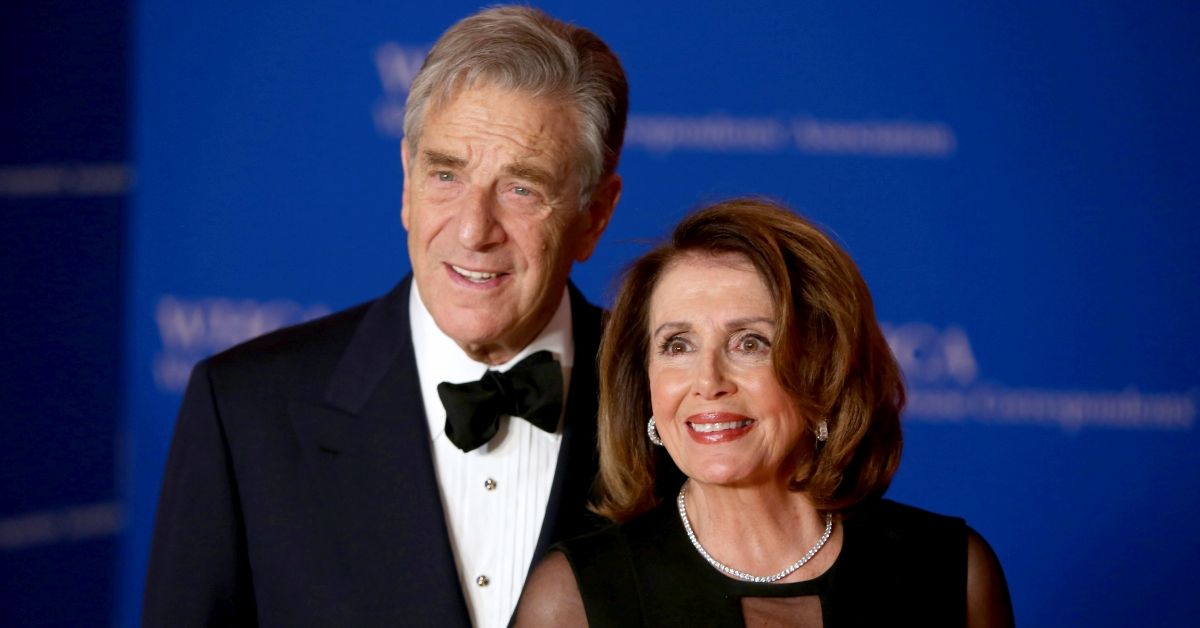 Claim:
U.S. House Speaker Nancy Pelosi invested as much as $1 million in Tesla in December 2020.
Rating:

In a periodic transaction report published in January 2021, Pelosi disclosed that her husband, Paul Pelosi, had invested between $500,000 and $1 million in Tesla stock options. The ethical considerations from that transaction are very similar to those that would have arisen if Pelosi herself had personally made the investment.

However, the investment was not personally conducted by Nancy Pelosi herself, but rather by her husband Paul Pelosi.

In January and February 2021, Snopes readers asked us to examine reports that U.S. House Speaker Nancy Pelosi had invested as much as $1 million in the electric vehicle company Tesla, prompting concerns over a potential conflict of interest on her part.

On Jan. 25, Business Insider published an article with the headline "Nancy Pelosi Has Plowed Up to $1 Million Into Bullish Bets on Tesla Stock." The article reported that:

"House Speaker Nancy Pelosi has placed up to $1 million worth of bullish bets on Tesla stock, she revealed in a financial disclosure form last week. Pelosi bought 25 call options on Tesla stock with a strike price of $500 and an expiration date of March 18, 2022."

Similar articles were published by the San Francisco Chronicle, Jalopnik, Benzinga, and Refinery29.

On Facebook, users promoted a meme that claimed Pelosi had invested in Tesla on Jan. 24, 2021, just one day before President Joe Biden announced his intention to replace the federal government's fleet with electric vehicles — suggesting she had advance knowledge of Biden's plan and acted with that in mind. Pelosi did not personally invest in Tesla, so reports and social media posts to that effect were inaccurate in that respect. However, her husband Paul did, leaving open ethical considerations similar to those that would have arisen if the stock options had been purchased in her name. As a result, we are issuing a rating of "Mixture" as to the claim that the House Speaker invested up to $1 million in Tesla.

The Facebook meme highlighted above was doubly inaccurate, because it falsely stated not only that Pelosi herself had conducted the Tesla transaction, but that it took place just one day before Biden made his electric vehicle announcement, and that the amount in question was $1.25 million. In fact, Paul Pelosi bought the Tesla options on Dec. 22, 2020 — more than a month before Biden's announcement — and the amount in question was between $500,000 and $1 million.

The details of Paul Pelosi's investments were contained in Speaker Pelosi's periodic transaction report, filed on Jan. 21, 2021. Under federal law and the Code of Federal Regulations, public officials (including members of Congress) are required to submit a report every time they, their spouse, or their dependent children conduct any "purchase, sale, or exchange of stocks, bonds, commodity futures, and other forms of securities," where the amount of the transaction is greater than $1,000. The official is required to file the report within 30 days of becoming aware of it.

Paul Pelosi's investment in Tesla amounted to somewhere between $500,000 and $1 million, and was described as "25 call options with a strike price of $500 and an expiration date of 3/18/22." The "SP" under the "Owner" column makes it clear that the transaction was conducted not by the congresswoman herself, but by her spouse: The federal Office of Government Ethics describes a "call option" as follows:

A call option is a contract that provides the buyer the right to purchase a security... The buyer has the right, but not the obligation, to exercise the option at a specified price (i.e., the “strike price”) until the contract’s expiration date.  Some put and call options may be purchased on the open market.  As an alternative to exercising put and call options, investors can resell these options on the open market before their expiration.

Concerns around Paul Pelosi's investment in Tesla are based on the fact that Speaker Pelosi is likely to play a prominent role in congressional negotiations over clean energy policy, in general, over the course of the Biden administration, and that, in particular, her family could stand to gain financially if Biden's plan to move the entire federal fleet to electric vehicles sees the value of Tesla stock appreciate significantly.

Snopes asked a spokesperson for Speaker Pelosi for her response to such concerns over the potential appearance of a conflict of interest on her part. We also asked whether she or her husband were aware of Biden's intention to transition the federal fleet to electric vehicles at the time the investment was made, and whether Paul Pelosi now intended to sell his Tesla options, in light of the president's electric vehicle announcement, in order to minimize any appearance of a conflict of interest.

We did not receive a response to those questions in time for publication, but we will update this story if we hear back.