Did Nancy Pelosi Seek an Exorcism at Her House After Attack on Husband?

Paul Pelosi was attacked in the home by a hammer-wielding man in October 2022. 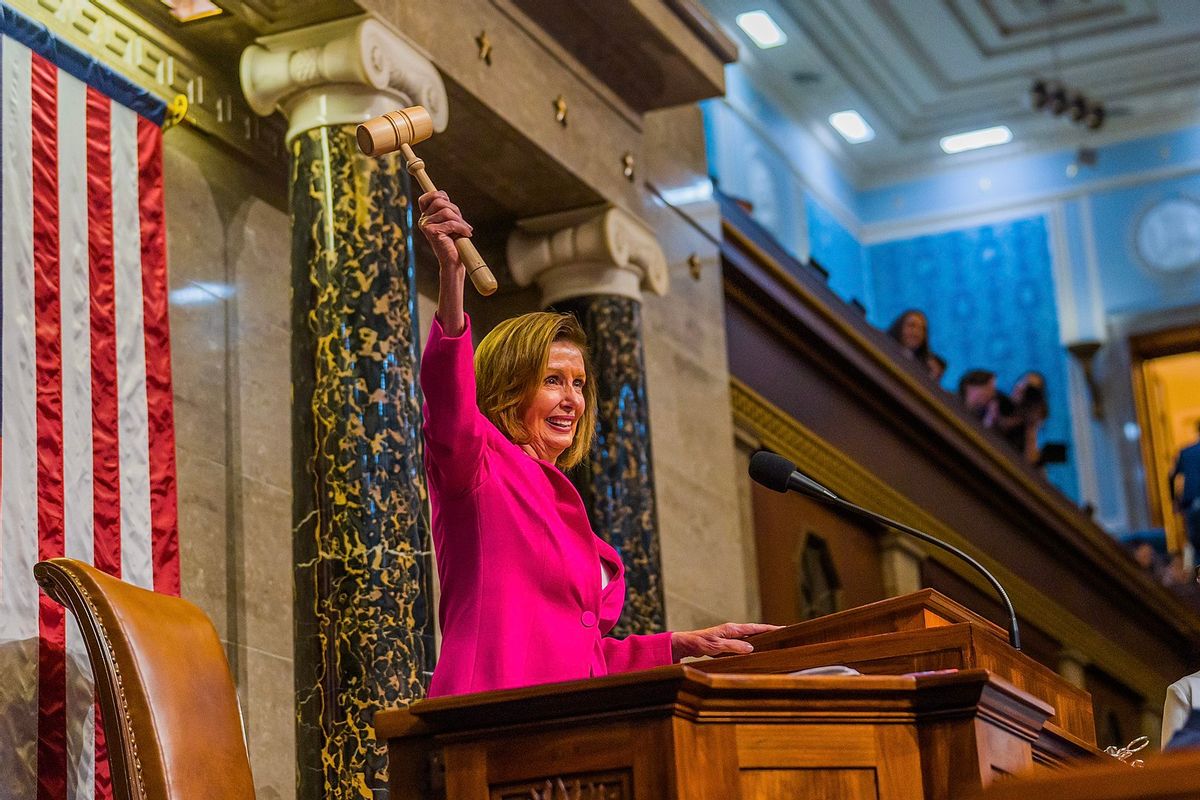 Claim:
U.S. Rep. Nancy Pelosi called priests to her house to conduct an exorcism and a prayer service after her husband was attacked there by a man with a hammer.
Rating:

This information was provided by Pelosi’s daughter, Alexandra, to The New York Times. An exorcism is described as a form of prayer against the power of the devil. We reached out to Pelosi’s office to learn more about the kind of exorcism that occurred.

In October 2022, then-U.S. House Speaker Rep. Nancy Pelosi's husband, Paul, was attacked by a man wielding a hammer in their home in San Francisco. The man, David Wayne DePape, was arrested and charged with assault, attempted murder, attempted kidnapping, and more, to which he pleaded not guilty in January 2023.

A San Francisco investigator testified that DePape said there was "evil in Washington," and he wanted to harm Pelosi because she was second in line for the presidency. DePape reportedly also was prone to following conspiracy theories.

Soon after the attack, Pelosi announced her decision to step down as leader of the Democrats in the House. The incident reportedly shook her and her family, to the extent that her daughter described how Pelosi even called priests to their San Francisco house for an exorcism.

Tabloids jumped on this detail, describing it as a "stunning admission." Conservatives also made fun of Pelosi, saying they hoped she didn't "vanish" after an exorcism:

In a Jan. 21, 2023, New York Times Opinion story, Maureen Dowd interviewed Pelosi and her daughter, Alexandra. They described the toll the violent attack had taken on their family, and Alexandra in particular detailed her mother's feeling of guilt.

In the exchange, Alexandra described an exorcism in their San Francisco home, the site of the attack:

Returning to the subject of [Pelosi's] husband, she said that it was unimaginable having her home turned into "a crime scene" and then getting hit with sick conspiracy theories about Paul, and Republicans making fun of the attack.

"The fact that they were after me and then they hit him," Pelosi said, looking stricken. "He's a strong person, athletic. This has been tough. It's going to be about three or four more months before he's really back to normal."

Alexandra, always the id to her mother's superego, was more blunt: "I think that weighed really heavy on her soul. I think she felt really guilty. I think that really broke her. Over Thanksgiving, she had priests coming, trying to have an exorcism of the house and having prayer services."

Pelosi, who has described herself as a "devout Catholic," did not contradict the account in the interview. We reached out to her office to learn more about what exactly the exorcism entailed.

An exorcism may not be as out of the ordinary as some think. According to the United States Conference of Catholic Bishops, an exorcism is "a specific form of prayer that the Church uses against the power of the devil." However, the conference describes exorcisms as used primarily with "afflicted persons," so it was not clear how it was performed around the house:

In addition to the use of the Psalms and Gospel readings and the recitation of the exorcistic prayers, a series of sacred symbols is utilized in the Rite of Major Exorcism. To begin, water is blessed and sprinkled recalling the centrality of the new life the afflicted person received in Baptism and the ultimate defeat of the devil through the salvific work of Jesus Christ. The imposition of hands, as well as the breathing on the person's face (exsufflation) by the exorcist, reaffirms the power of the Holy Spirit at work in the person as a result of his/her Baptism, confirming him/her as a temple of God. Finally, the Lord's Cross is shown to the afflicted person and the Sign of the Cross is made over him/her demonstrating the power of Christ over the devil.

Father Vincent Lampert, exorcist for the Roman Catholic Archdiocese of Indianapolis, told the New York Post that exorcisms can be carried out for homes where a violent crime has occurred, and he gets thousands of requests for that each year.

"It would be the recitation of a particular prayer, inviting the presence of God back into the house, casting out any presence of evil that may be there. Then the house would be blessed with holy water, reminding us of our new life in Christ, and the fact that we need not fear any evil, because recognizing that Christ is dwelling with us," Lampert said.

While we know little about how the exorcism was carried out, the Pelosis have stated that one took place at their home. We will update this post with specific details if we hear back from their team. We rate this claim as "True."

"Nancy Pelosi Describes Herself as a 'devout' Catholic Who Grew up in a 'pro-Life Family.'" Catholic News Agency, https://www.catholicnewsagency.com/news/250789/nancy-pelosi-devout-catholic-abortion-stance. Accessed 23 Jan. 2023.