Did Nancy Pelosi Say 'Americans Are the Stupidest People on Earth'? 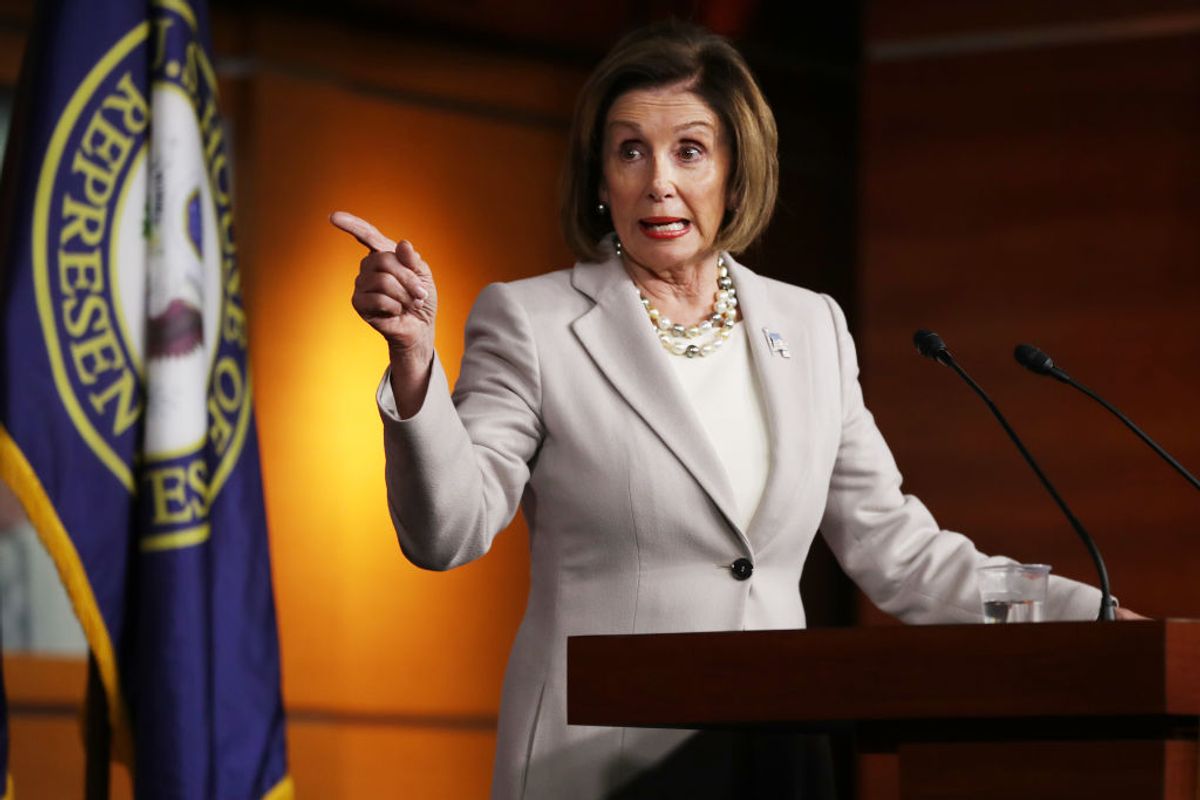 Claim:
Nancy Pelosi said "Americans are the stupidest people on Earth" into a hot microphone.
Rating:

On Oct. 21, 2019, the website Bustatroll published an article containing a purported remark U.S. House Speaker Nancy Pelosi made into a hot microphone:

Nancy Pelosi was caught while speaking to an aide in what she thought was a private conversation at a fundraiser last night in Illinois. But what she didn’t realize after she had left the stage was that the microphone clipped to her jacket was still on, making everything she said audible to the shocked and outraged audience…..and what she said revealed what kind of person she really is.

“I can’t believe they cheered. Were they serious? They were, weren’t they? Un-frickin-believable.

Trump proved how dense republican voters are and I guess I just left no doubt that Democrats are the same.

Americans are the stupidest people on earth.”

…..all of that was heard by the fundraiser audience who proceeded to rip up the checks they had written to donate to her campaign.

Pelosi did not make this comment, and this is not a real news item.

This story was originally posted to a website that describes its output as satirical in nature, per a disclaimer on the Bustatroll website.