Was Nancy Pelosi Fined $40K For Destruction of Government Property? 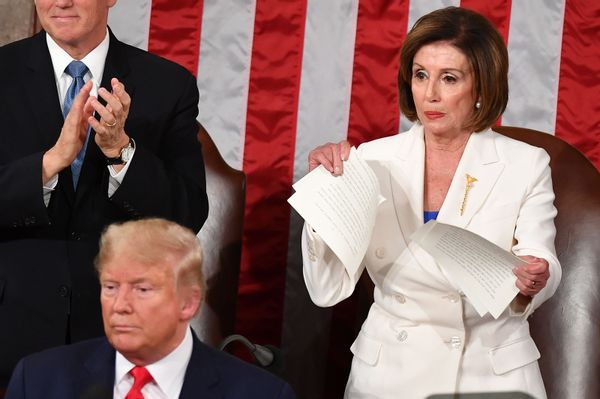 On Feb. 5, 2020, Taters Gonna Tate published an article positing that U.S. House Speaker Nancy Pelosi had been fined $40,000 for destruction of government property after she ripped up her copy of President Donald Trump's State of the Union address:

Nancy Pelosi went too far when she ripped up the President’s speech. According to federal statute USC Title 26 SS197, all speeches given before Congress are to be preserved by the Speaker of the House and delivered to the National Archives for safekeeping. Pelosi wasn’t just disrespectful — she broke the law.

Pelosi truly did rip up her copy of Trump's State of the Union address in February 2020. While some have earnestly claimed that this act broke the law (Rep. Mat Gaetz filed an ethics complaint alleging that Pelosi violated 18 U.S.C. § 2071, Section 2071), a number of legal experts, including Harvard Law Professor Laurence Tribe and Georgetown Law Professor Jonathan Turley, have refuted this claim.

Regardless, the claim that Pelosi was fined $40,000 for ripping up this document is false and originated with a satire website.