Did Nancy Pelosi Stop a Bill to Make English the Official U.S. Language?

Let's just say there is no such thing as "Republican Senator Owen Humperlam," who supposedly authored the bill. 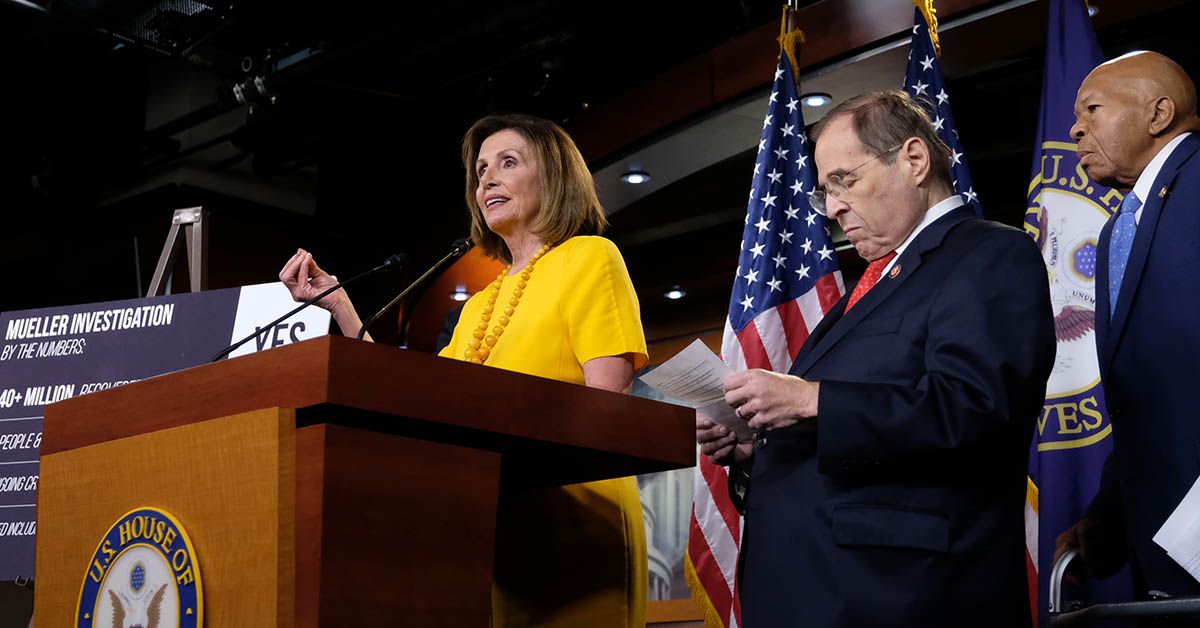 Claim:
U.S. Speaker of the House Nancy Pelosi stopped a bill that would make English the official language of the U.S.
Rating:

On July 17, 2019, the junk news site America's Last Line of Defense (ALLOD) published yet another piece of purported satire, this time reporting that U.S. House Speaker Nancy Pelosi had blocked a bill that would have made English the official language of the United States.

Under the headline "Pelosi Stops Bill to Make English the Official Language of the U.S.," ALLOD reported that Pelosi stopped non-existent "house bill BT1138" authored by non-existent "Republican Senator Owen Humperlamp of South Dakota" that would have "legally and officially cemented English as the recognized language of the United States of America," rendering the bill "deader than Lavoy Finicum."

Robert "LaVoy" Finicum was one of the leaders of a group of anti-government ranchers who occupied Malheur National Wildlife Refuge in Oregon during a 2016 protest that turned into a tense, prolonged stand-off. Finicum was shot and killed by Oregon state troopers after a confrontation with law enforcement on Jan. 26, 2016.

ALLOD consists of a number of websites and social media profiles operated by Christopher Blair who purports to proffer satire, although on many occasions audiences confuse the stories for reality. In one egregious example, a Gretna, Louisiana, police officer was so angered by a fake story published on one of Blair's sites that he posted it on his Facebook page with an implied death threat directed at U.S. Rep. Alexandria Ocasio-Cortez.

On July 21, 2019, then-Gretna police officer Charlie Rispoli shared a story from one of Blair's sites called Taters Gonna Tate on his personal Facebook page. The story was headlined “Ocasio-Cortez on the Budget: ‘We Pay Soldiers Too Much.'" Rispoli posted it with commentary implying that the Democratic congresswoman from New York should be shot. Rispoli and a second police officer who "liked" the post have since been fired.

In summary, the entire ALLOD story about the English-language bill was fabricated.