Did Nancy Pelosi Tweet That She Is 'Disgusted' with 'President' Trump?

The long-time House member supposedly didn't like the President Trump's 'allowing people to keep more of the money they earn.' 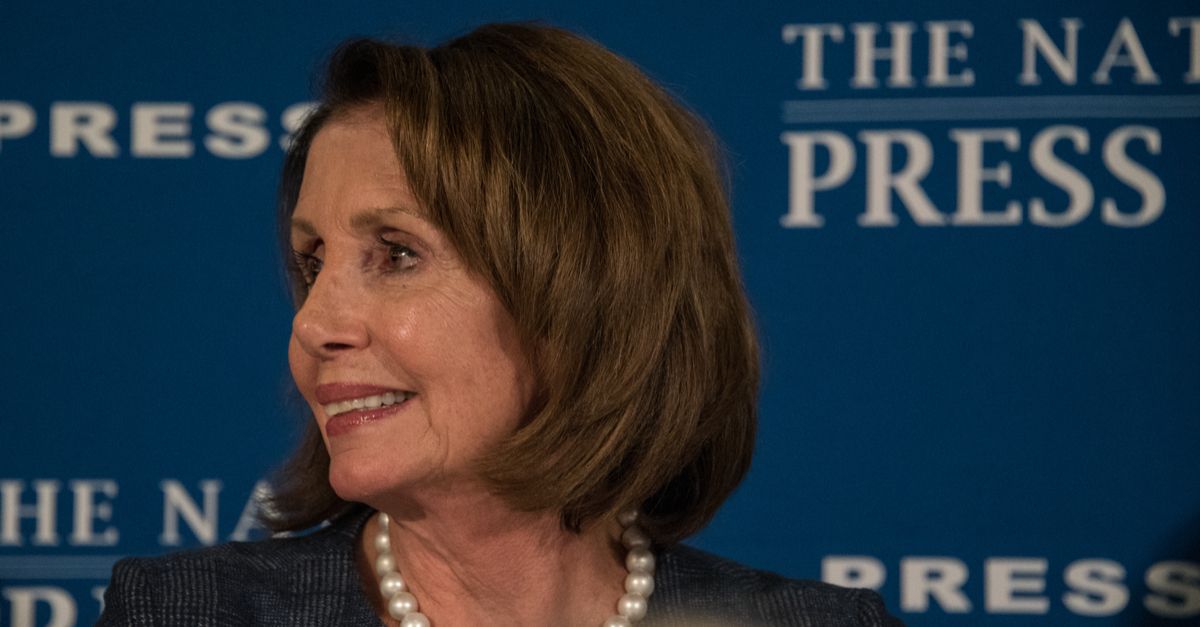 Claim:
House Minority Leader Nancy Pelosi tweeted that she was disgusted with "President" Trump after the passage of a tax reform bill.
Rating:

I am disgusted with "President" Trump allowing people to keep more of the money they earn. It is this type of wide spread theft of public resources that keeps America from being great "Mr. President". This tweet did not appear on Pelosi's Twitter timeline. Although some critics may argue that this only shows that the message was posted and then quickly deleted, that assumption would also be false.

For one thing, we could not find a single tweet linking to the original message. More tellingly, however, is the watermark in the bottom right corner of this image. Tweeterino.com is a fake tweet generator that lets users attribute any fictional phrase to any Twitter user. According to the site, hundreds of fake tweets from Nancy Pelosi already exist:

The House Minority Leader did legitimately post criticism of the tax reform bill, repeatedly calling it a "GOP Tax Scam" and saying that that the bill would explode the deficit, and noted that 86 million middle class families would see a tax hike:

There are few things more disturbing than hearing the swell of cheers from the @HouseGOP as they raise taxes on 86 million middle class families. #GOPTaxScam

That’s the real story of the #GOPTaxScam.

The House Minority Leader also appeared to take as much issue with how the legislation was passed as she did with was what it contained, since the following message was pinned to the top of her Twitter timeline:

No hearing. No expert testimony. No listening to the American people. That has been the story of the #GOPTaxScam.

The criticisms levied by Pelosi were backed by reports from nonpartisan organizations such as the Tax Policy Center and Congress's own Joint Committee on Taxation. We wrote about these claims (and several others) in an explainer about the bill.