Is the 'My First Vape' Children's Toy Real?

"'My First Vape' has been specially made to be suitable for children 9 months or over so they don’t feel left out in a world full of vapers." 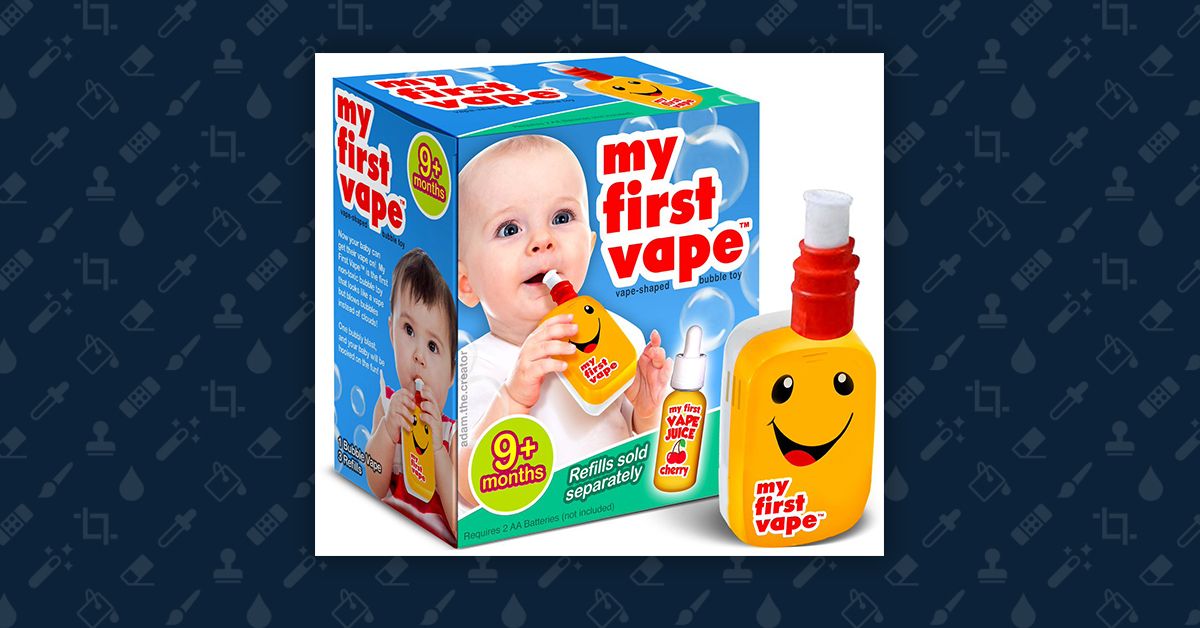 Claim:
In August 2017, a "leading toy company" produced a toy version of an electronic cigarette, aimed at children.
Rating:

In late August 2017, confusion surrounded the apparent release of a children's toy called "My First Vape," which appeared to consist of a plastic imitation of an electronic cigarette. The website PseudoNews.co.uk reported of the subject that:

A leading toy company has produced a 'My First Vape' product for children aged 9+ months. 'My First Vape' has been specially made to be suitable for children 9 months or over so they don’t feel left out in a world full of vapers. The toy was made to tackle issues regarding under age smoking across Europe.

None of this was true. The toy itself does not exist, and the "promotional" imagery was no more than a slickly-edited hoax created by New York advertising executive and serial meme maker Adam Padilla:

Damn they got vapes for babies now? pic.twitter.com/WQaN794O5h

Padilla confirmed to us that he created the meme, providing us with draft images to establish this fact. He also told us there was no particular agenda behind "My First Vape" other than a desire to amuse himself and others:

I thought it would be a funny and crazy notion for a baby toy. Nothing deeper than that whatsoever. Many of my friends vape so I see the gear all the time, and it was top of my mind. I got a lot of backlash, some people thought that there was some ulterior motive, but if you look at my page, you will see that it is one of many hundreds of similar fake products that I create ...

My only agenda is entertainment. I don't want to hurt any industry or anything.

Padilla also clarified that the hoax is not linked to any existing or forthcoming commercial campaign or product: "The meme was not in the least promotional for me, other than I guess going viral helping my personal brand to some degree."

Some speculation held that the meme may have been a stunt designed to dissuade potential e-cigarette users, as described by the blog Vaping 360:

The creator of the meme is Adam Padilla, co-founder of BrandFire, a Manhattan marketing and advertising consulting firm...Several vapers independently discovered that the company does some work for pharma giant Pfizer, known as the seller of quit-smoking med Chantix. Pfizer donates a lot of money to organizations that work hard to discredit and restrict vaping products.

So is Adam Padilla helping out his BrandFire clients by dripping a few more drops of poison into the well of public debate over vaping and tobacco harm reduction? Probably not ...

Padilla is a prolific creator of memes and regularly uses image editing to design advertisements for fake products — including a fake Fisher Price "Happy Hour Playset," which in 2016 prompted a clarification from the company that they had not manufactured a bar scene aimed at children.