Will Muslims Be Able to Elect the U.S. President in 20 Years?

You can misrepresent demographic trends, but you can't fight them. 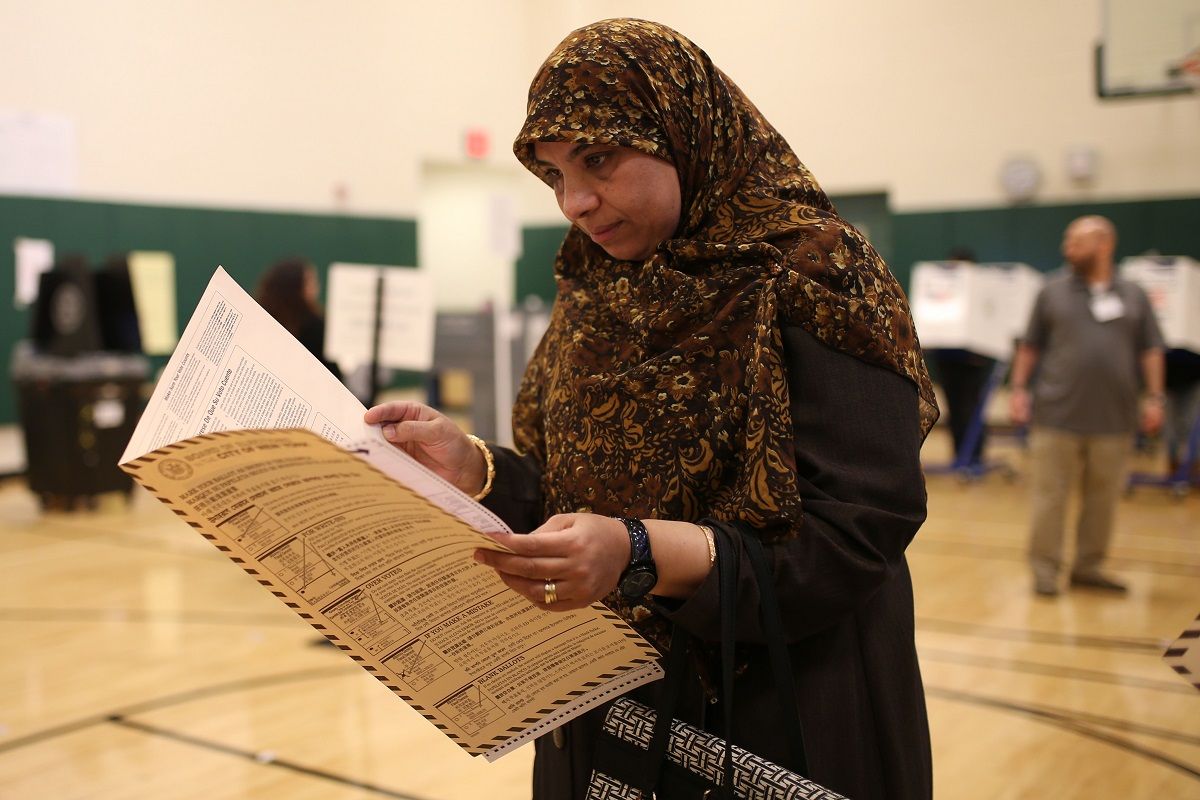 Claim:
The Muslim population of the U.S. will be large enough to elect the President by 2040.
Rating:

A meme of uncertain origin alerted readers in March 2019 to the growth of the Muslim population within the U.S., warning that "in twenty years there will be enough Muslim voters in the U.S. to elect the President": The literal interpretation of this message — that by the year 2040 Muslims will comprise a large enough proportion of the U.S. population they could elect a particular person to the U.S. presidency regardless of how the rest of the country voted — is woefully wrong according to current estimates and projections.

The Pew Research Center estimated in January 2018 that about 3.45 million Muslims of all ages were living in the U.S. in 2017, constituting about 1.1% of the total U.S. population. Pew also projected that by 2050 — well more than the 20-year period posited by the meme — the U.S. Muslim population would reach 8.1 million, or 2.1% of the nation’s total population.

While 2.1% of the total population may constitute a significant voting bloc, obviously such a bloc would not be nearly large enough to determine the results of a nation-wide election all on its own. Even under the United States' electoral college system for electing presidents, which does not directly depend on popular vote totals, a candidate would still require the support of at least 23 percent of voters to reach the White House. Even that modest figure is more than 10 times greater than the projected Muslim proportion of the U.S. population in 2050.

Moreover, even the modest Muslim population is at a disadvantage when it comes to the electoral college system, as Muslims are not evenly distributed around the U.S. According to Pew, some metropolitan areas such as Washington, D.C., have sizable Muslim communities, and "certain states, such as New Jersey, are home to two or three times as many Muslim adults per capita as the national average." But other states are home to far fewer Muslims. Regardless, without radical changes in immigration laws and patterns (or fecundity), it's simply not plausible that "in twenty years there will be enough Muslim voters in the U.S. to elect the President."

Even if such a huge shift in the religious make-up of the U.S. population were possible in such a relatively short timeframe, it's unclear what readers could or should do in response to the meme's exhortation for them "to make a difference." Repeal the First Amendment's religious liberty protections in order to bar Muslims from voting? Encourage non-Muslim women to engage in a "baby race" to out-populate Muslims? Pass legislation against demographics?

For those truly curious about Muslim voting patterns in the U.S., we note the Pew Research Center reported in November 2018 that, "Many more U.S. Muslims identify with or lean toward the Democratic Party than the GOP (66 % vs. 13 %), but the share who are Republican has held steady over the last 10 years, including after the election of President Donald Trump ..." So Muslim voters could conceivably tip an election in favor of a particular major-party candidate in conjunction with that party's base of voters, but they will not be sufficiently numerous to elect a candidate on their own any time in the next few decades.