Did a Muslim Waitress Refuse to Seat a Church Group Because of ‘Religious Freedom’?

Reports that a Waffle House waitress told church choir members she “was forbidden by her holy book to feed ‘infidels’" are fake news. 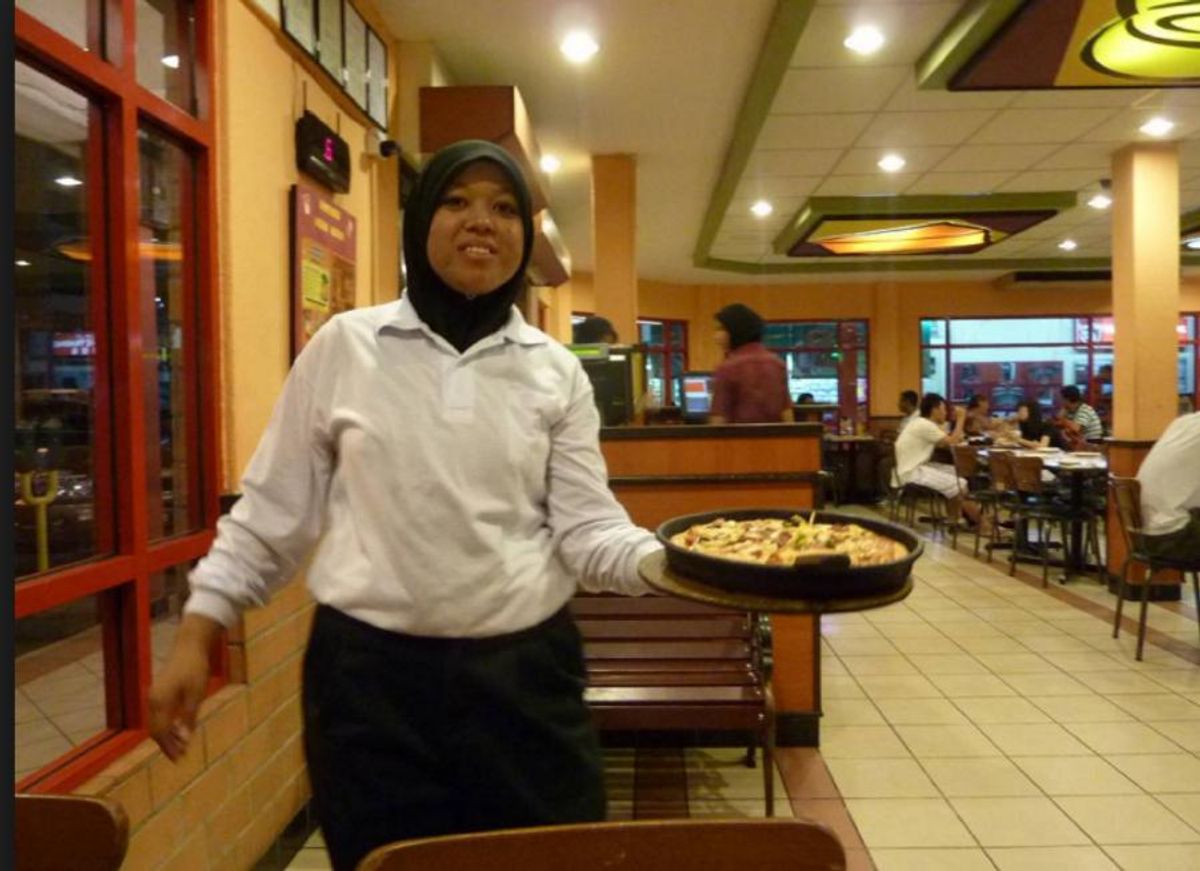 Claim:
A Muslim waitress refused to seat a church group at a restaurant, claiming "religious freedom" allowed her to do so.
Rating:

On 3 January 2018 the web site America's Last Line of Defense published an article reporting that a Muslim waitress had refused to seat a church group at a restaurant, claiming "religious freedom" allowed her to do so:

The meaning of “religious freedom” has been repeatedly perverted by liberal perverts over the years, but Muslim waitress Sallah al-Sallah took things farther than usual when she used it to take away the rights of 27 Christians, many of whom were children.

The St. Pleasant Allegorical Church of the Divine decided to do something nice for the people in the choir and take them out to dinner at the Waffle House in Arnbur, Michigan — but their fun evening took a horrible turn when they met al-Sallah.

The church group had called ahead to let the restaurant know they had a large party, but when they arrived they told Sallah their group name and she instantly became “combative” according to Pastor Joe Friedrichs.

“She told us she couldn’t seat us,” Friedrichs told the Arnbur Explorer in an interview published the day after the incident.”

“She said that she was forbidden by her holy book to feed ‘infidels’ like us” and that she “could not take part in our meal in any way, even by seating us,” Friedrichs explained, adding that the group asked if another employee could help them. al-Sallah told them the restaurant was “shorthanded.”

Nothing about this report was true. No church named the "St. Pleasant Allegorical Church of the Divine" nor a publication known as the "Arnbur Explorer" exists, and the photograph of the waitress that accompanied the article was lifted from a several-month-old piece by an anti-Islam web site about a restaurant customer who refused to be waited on by a Muslim server wearing a headscarf.

Moreover, this report originated solely with America's Last Line of Defense, one of a network of clickbait fake news sites. A disclaimer on the site identifies all of its content as "fiction":