Muslim Men Can Have 4 Wives on Welfare in Michigan?

Rumor: Muslim men living in Michigan can receive welfare assistance for up to four wives. 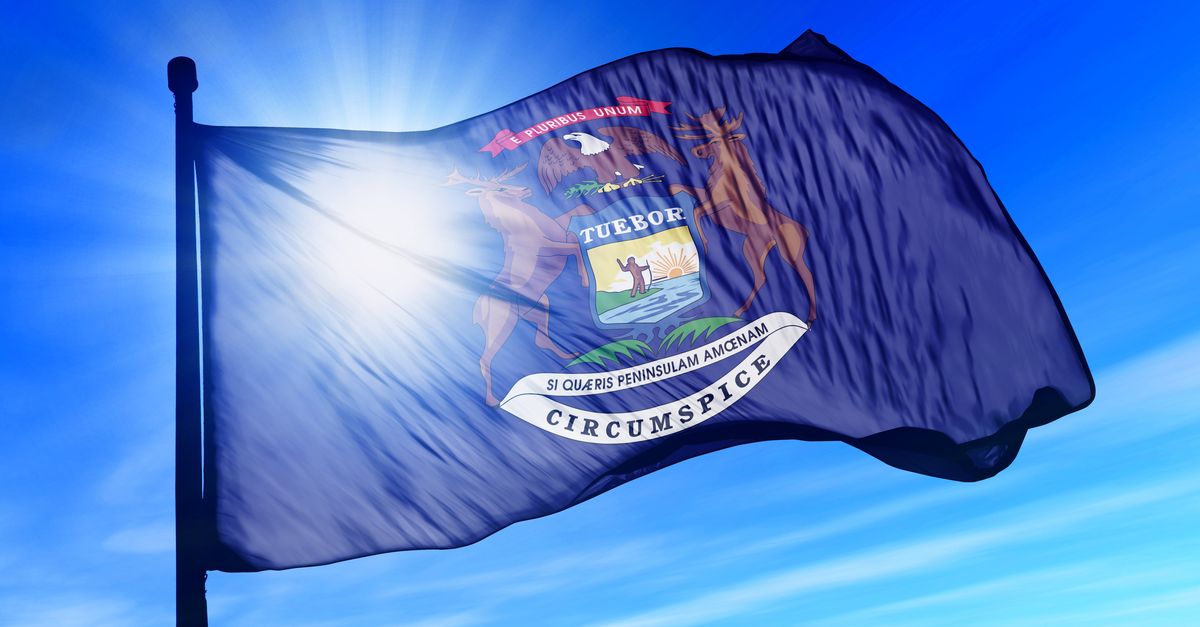 Some Michigan government offices provide information and services in Arabic.

Polygamous Muslim men can apply for public assistance benefits for up to four wives.

Claims of polygamous Muslim families draining welfare benefits in Michigan in particular have been the subject of e-mail forwards for several years, but a YouTube video originally posted on 26 August 2014 appears to have catapulted the rumors to new levels:

How many wives can a Muslim have on welfare in the state of Michigan? This is based on a conservative video currently "making the rounds" on the internet.

I actually called the Michigan Dept. of Human Services to check this out and it is true.

Have we gone completely nuts!

THE CAMEL'S NOSE IS OFFICIALLY IN THE TENT IN MICHIGAN!

Muslim men are allowed to have as many as 4 wives. Many Muslims have immigrated into the U.S. And brought their 2-3-or 4 wives with them, but the U.S. does not allow multi marriages, so the man lists one wife as his,
and signs the other 2 or 3 up as extended family on welfare and other free Government programs!

Michigan has the highest population of Muslims in the United States. When President Obama took office the United States paid several millions of dollars to have a large number of Palestinians, (All Muslim), immigrated here from Palestine! Why? We don't pay for other persons to immigrate here, and I'm sure that some of those Muslims moved into Michigan with the large current number of Muslims already established there.

So now in Michigan when you call the Public Assistance office you are told to Press 1 for English. Press 2 for Spanish, or Press 3 for Arabic! CHECK IT OUT YOURSELF - Here is the number 1-888-678-8914.

Every time you add a new language to an American program it requires an additional number of persons fluent in that language to process those persons who refuse to learn English in order to live here at an additional cost to the taxpayer! Why are we even allowing persons to immigrate here who cannot provide for themselves and then putting them in our welfare system?

This is quite alarming!!! This seems to have happened clandestinely, or as far as I know, because no public announcement or opportunity to vote on this was offered to the American people. They're just adopting an official stance, and very likely using tax-payer money for it, in various capacities, without public knowledge or approval.

The following link takes you into the State of Michigan Public Assistance page, (as in Food Stamps etc). You won't have to scroll far before you see the assistance-letters options for...(get this)...English, Spanish, and ARABIC! When did the ARABIC option sneak into our culture? We don't do this for other cultures, except those that speak Spanish! Will we soon have to listen to our governmental offices, stores, and other venues offer us the option of "pressing 3 for ARABIC?"

Please inform every red-blooded American you know, that this is happening. It is outrageous!

YOUR AMERICAN TAX DOLLARS AT WORK!

The clip, titled "U.S. WELFARE PAYS FOR 4 'WIVES' PER HUSBAND," is a narrated version of a popular email forward claiming that many Muslim families support up to four wives per household courtesy of the generous United States welfare system. The brief video is amusingly stirring the American outrage pot whilst the text is read in a British accent:

The circulating "up to four wives in Michigan" e-mail and the video are framed in a manner calculated to drum up anger amidst taxpayers who might not believe immigrants should be catered to in any language other than English or that polygamous households should receive additional benefits to support a lifestyle which U.S. law does not recognize or allow.

It's important to note that a number of issues are threaded together in the "4 wives" piece. First of all, it is true that some state and municipal government agencies in Michigan (such as the state Electronic Benefit Transfer program, whose phone number is listed in the example above) provide phone services and printed material in Arabic. However, this phenomenon is hardly surprising, as Michigan is home to a large population of immigrants from Middle Eastern countries (over 115,000 as of the end of 2013), nor is it unique: plenty of government offices throughout the U.S. provide information and services in non-English languages other than Spanish (e.g., Chinese, Korean, Vietnamese, Haitian Creole) in areas where significant numbers of speakers of those languages reside.

As for the claim about Muslim men claiming public assistance benefits for up to four wives, one must consider the plausibility of the situation proposed and understand that the circumstances span multiple issues including marriage, immigration, and the range of benefits commonly dubbed "welfare" in America.

While marriage laws have been modified in some states to include same-sex couples, plural marriages (i.e., more than two spouses) are still not legally sanctioned in any state. It's common knowledge that many families do engage in polygamous or polyamorous household arrangements, but only one partner can be legally recognized as a spouse in such circumstances.

The claims made in the e-mail rely on the belief that immigrating to America (or claiming asylum) is a simple process, with many new entrants flowing across our porous borders each year. However, getting into the United States for the sole purpose of taking up residency here is not so easy, and relatively few who make their way here are afforded the opportunity to permanently reside in the U.S.

For starters, sponsoring a spouse for an immigrant visa is a complicated (and often lengthy) process, one that requires the applying party to have (or have access to) a specified minimum amount of resources before immigration officials approve the non-resident spouse's visa application. The process can take months or years, and many lovelorn husbands and wives find their petitions initially rejected. On top of that, U.S. Department of State regulations specifically state that "In cases of polygamy, only the first spouse may qualify as a spouse for immigration," so nobody is bringing multiple wives into the United States from far-flung lands via immigrant visas.

Should a hopeful foreigner be lucky enough to legally emigrate to the U.S. and obtain the necessary visa for a spouse, he or she had to have supplied proof of ability to support that spouse. But if one or both parties should fall upon hard times afterwards, all involved are subject to standard assistance eligibility guidelines to qualify for services such as a SNAP (food stamps), Medicaid, or temporary cash assistance.

In order to receive these forms of assistance in Michigan, all residents (Muslim or not) must meet basic eligibility requirements, among which are that they are must be either U.S. citizens or have "acceptable alien status." As a representative of the Michigan Department of Human Services told us, although immigrants may bring and/or sponsor relatives (e.g., spouses, children, parents, siblings) for permanent residency or citizenship in the U.S., they cannot claim multiple wives as relatives for that purpose because U.S. law does not recognize plural marriages.

Nothing codified in the law says that "Muslim men are allowed to have as many as 4 wives" and sign them all up "for welfare and other free government programs." Although a Muslim man (or any other man) might live in a polygamous relationship after taking up residency in Michigan, he may only legally claim one wife as his own — he cannot simply list additional (not legally recognized) wives as members of an "extended household" and claim public assistance benefits for them on that basis. Those other "wives" would have to qualify for immigration/residency status (if they were immigrants to the U.S.) and apply for public assistance benefits on their own (as single mothers or heads of households), independent of their status as "unofficial" wives or household members of someone already residing in Michigan.