Was a Muslim Educator Named Superintendent of Atlanta's Schools?

A "satirical" blog's Facebook page used an actual news outlet's photograph to make a stinker of an Islamophobic "joke." 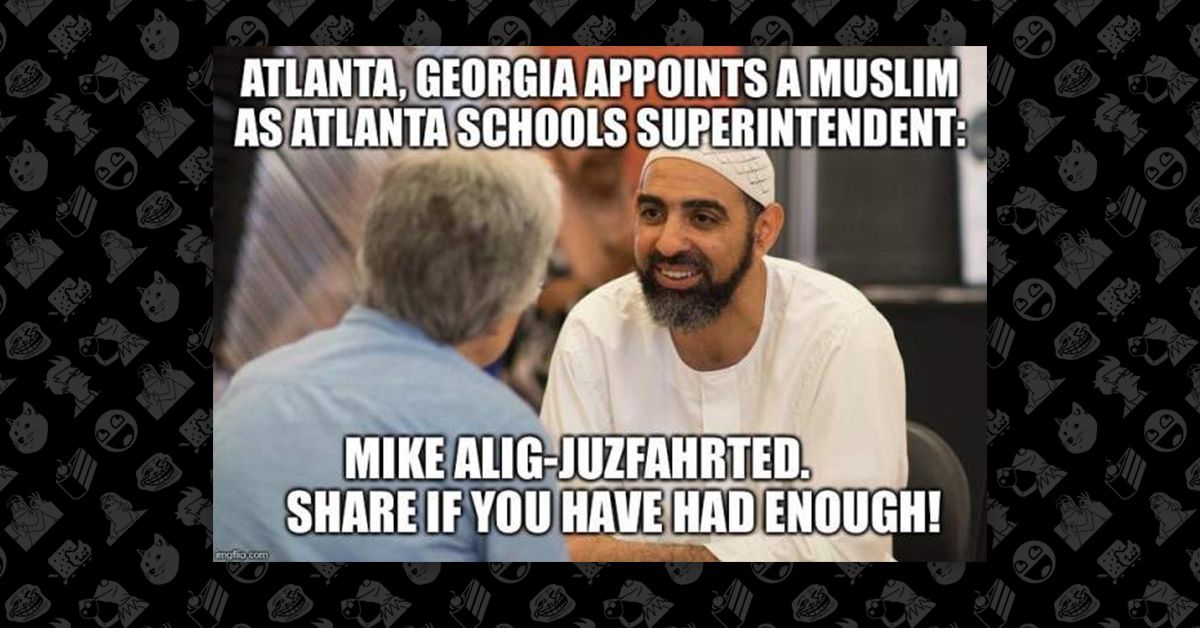 In May 2018, "satirical" blog America's Last Line of Defense seized on a picture from an actual news outlet for a Facebook post hinging on a pungent attempt at a punchline.

The post showed a photograph of a man with the following caption:

Atlanta, Georgia appoints a Muslim as Atlanta schools superintendent
Mike Alig-Juzfahrted. Share if you have had enough! Like everything else on the page and the LLOD blog, the story is fake. The person seen in the photograph, Mohamed Bakr, is actually a Muslim — but the image was taken from a story by KUOW-FM, a public radio station in Seattle, about its "Ask a Muslim" event in August 2016. In reality, Meria Joel Carstarphen has been the superintendent of Atlanta Public Schools since 2014.

One of the blog's affiliates, FreedomJunkshun.com, pulled a story in October 2017 after it promoted the claim that U.S. Army Sgt. La David Johnson, who was killed in action when he and his platoon were ambushed in Niger, was a deserter.

This particular photo was taken at KUOW’s "Ask a Muslim" event in July 2016. The "Ask A..." series is designed to promote empathy and understanding between groups who might be "othered"” or misrepresented in the media. The photo was used without our permission by "America's Last Line of Defense" in a way utterly antithetical to the purpose of the "Ask A..." program. In no way does this represent the views of KUOW, and we are taking action to get the post removed from Facebook.