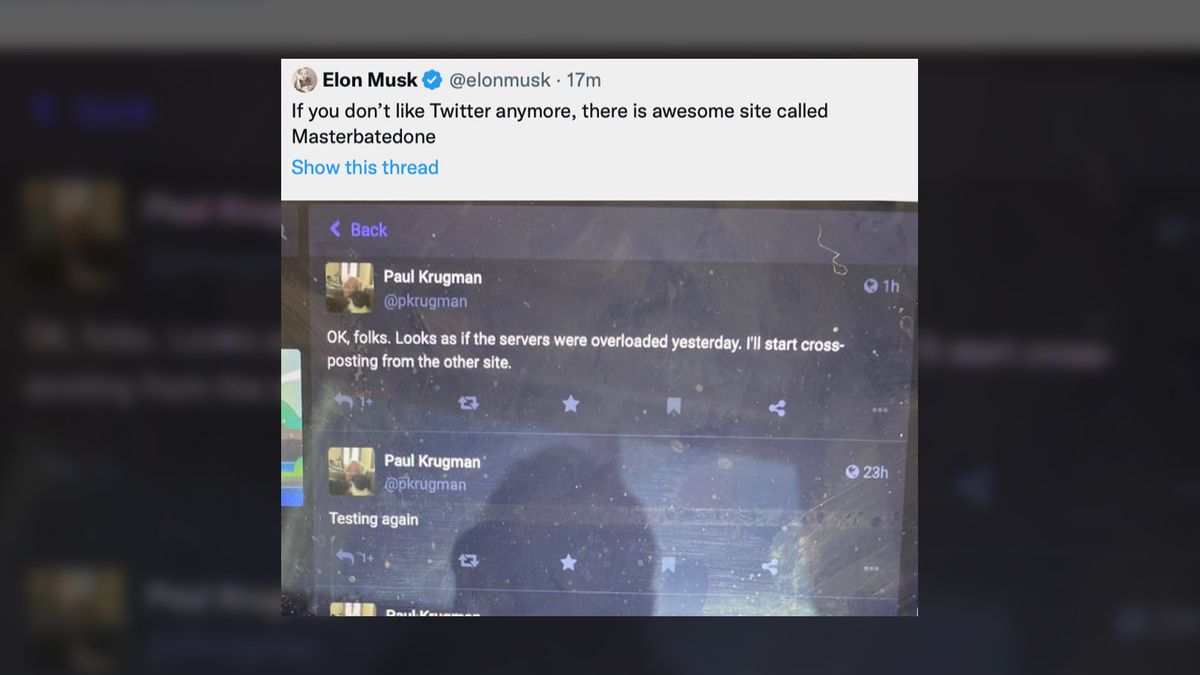 On Nov. 7, 2022, Elon Musk tweeted, "If you don't like Twitter anymore, there is awesome site called Masterbatedone." The tweet referenced Mastodon, an ad-free, decentralized, and open source social media platform that some users had opted to join after Musk became the new owner of Twitter in the fall of 2022.

Musk's tweet was later deleted. However, the Wayback Machine on the Internet Archive saved a snapshot of the message before it was removed. This confirmed that it was not a fake tweet.

Musk's tweet included a picture of a dirty screen with what appeared to be a hair or piece of fabric on it. On the screen, messages were visible from Paul Krugman, a columnist with The New York Times. One user posted a screenshot of the tweet and said, "Surprised it took him this long to snap a photo of his gray pube-ridden screen." It's unclear if the object was a pubic hair or something else.