Is the Elon Musk and Ghislaine Maxwell Photo Real? 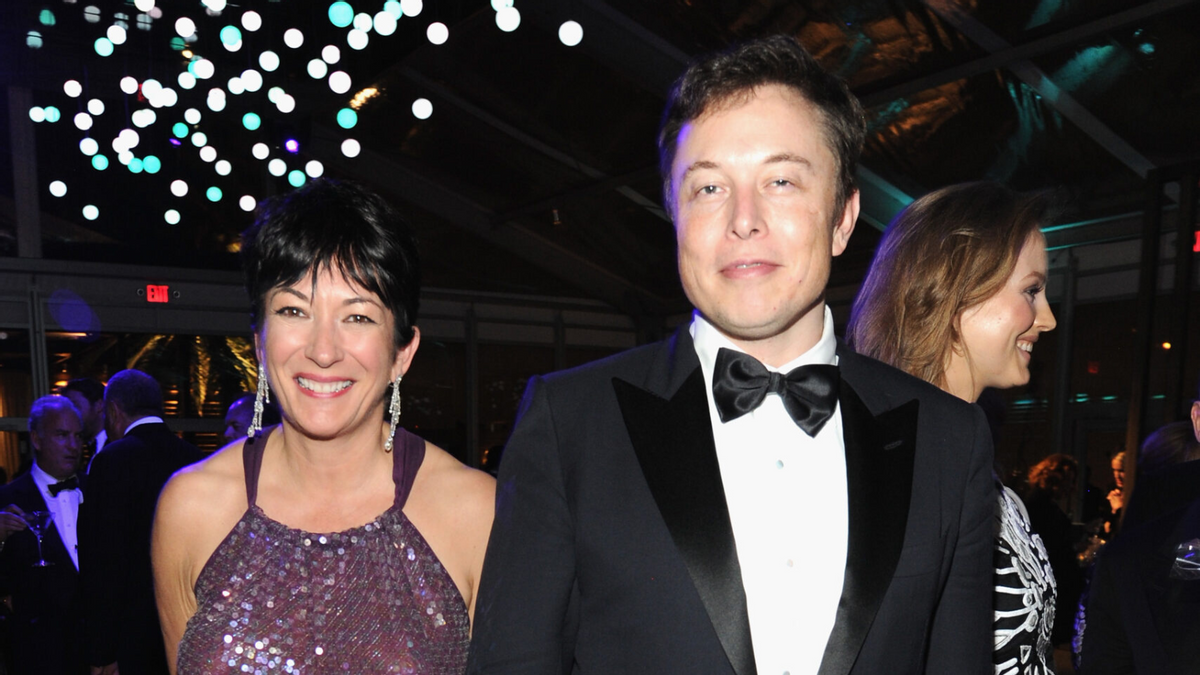 Previous Article
Next Article
Article 9 of 15 in Collection

The photograph of Musk and Maxwell was captured by WireImage photographer Kevin Mazur at the Vanity Fair Oscar Party on March 2, 2014. It's the only picture of the pair. There's no photographic evidence that suggests they conversed or greeted each other. Musk later responded to a question about the picture and said he didn't know Maxwell, and that she had "photobombed" him.

A genuine photograph of Tesla CEO Elon Musk and Jeffrey Epstein associate Ghislaine Maxwell, now a convicted sex trafficker, is frequently shared on social media. It was reposted on April 25, 2022, amidst news that Musk was buying Twitter. For example, the picture of Musk and Maxwell was shared with the caption, "Post this image while you still can," as if he would plan on blocking the photograph once he had the power to do so:

The picture of Musk and Maxwell shows them posing for a camera at the Vanity Fair Oscar Party on March 2, 2014. Five years later, Epstein was arrested on charges of sex trafficking and engaging in sex acts with underage girls. He previously agreed to a secret plea deal in 2008 that The Associated Press reported "ended a federal investigation" that could have landed him "in prison for life."

On Aug. 10, 2019, Epstein was found dead in his jail cell. An autopsy ruled it was a suicide by hanging. His death set off a wave of new conspiracy theories.

As for Maxwell, in December 2021, CNN reported that she was found guilty on five federal charges, including the "sex trafficking of a minor, transporting a minor with the intent to engage in criminal sexual activity and three related counts of conspiracy."

According to the Getty Images website, WireImage photographer Kevin Mazur captured at least 565 pictures at the party, including the one of Musk and Maxwell. Another WireImage photographer, Jeff Vespa, also has 585 additional pictures from the party that are available for licensing. Out of 1,150 total photographs from the event, only that one picture showed the pair. No other evidence suggested that they had conversed or greeted each other at the function. The full-size picture of Musk and Maxwell from the Getty Images website. (Photo by Kevin Mazur/VF14/WireImage)

Mazur also captured pictures of Maxwell speaking with someone referred to as a "guest." Meanwhile, only one other photograph showed Musk at the party. He was photographed with his wife at the time, actor Talulah Riley, as well as actor Sasha Baron Cohen.

In 2020, Musk was asked about the photograph of him with Maxwell. In response, he tweeted: "Don't know Ghislaine at all. She photobombed me once at a Vanity Fair party several years ago. Real question is why VF invited her in the first place." (For the unaware, photobombing is the act of posing behind someone in a picture without their knowledge.)

A spokesperson for Musk also said the same to The New York Times: "Ghislaine simply inserted herself behind him in a photo he was posing for without his knowledge."

Musk again tweeted his question about the picture, asking why Maxwell had been invited to the Vanity Fair Oscar Party: "Real question is why did VF invite her?"

We reached out to Vanity Fair and asked why Maxwell was at the party. This story will be updated if we receive a response.

The picture of Musk and Maxwell was once used to create a fake cover for Time's Person of the Year. USA Today reported on the misleading usage of the photograph in December 2021. In reality, it was only Musk who received the honor that year.

Additionally, the Australian website news.com.au published details of past purported interactions between Musk and Epstein before his death.

In sum, Musk and Maxwell were photographed together at a party after the Academy Awards in 2014. It was the only picture of the pair from the party. It didn't show them conversing or greeting each other. Further, Musk said she had "photobombed" him.

Previous Article
Next Article
Article 9 of 15 in Collection