A legendary but false story about a man killed by an elephant he mistook for one he had aided years earlier. 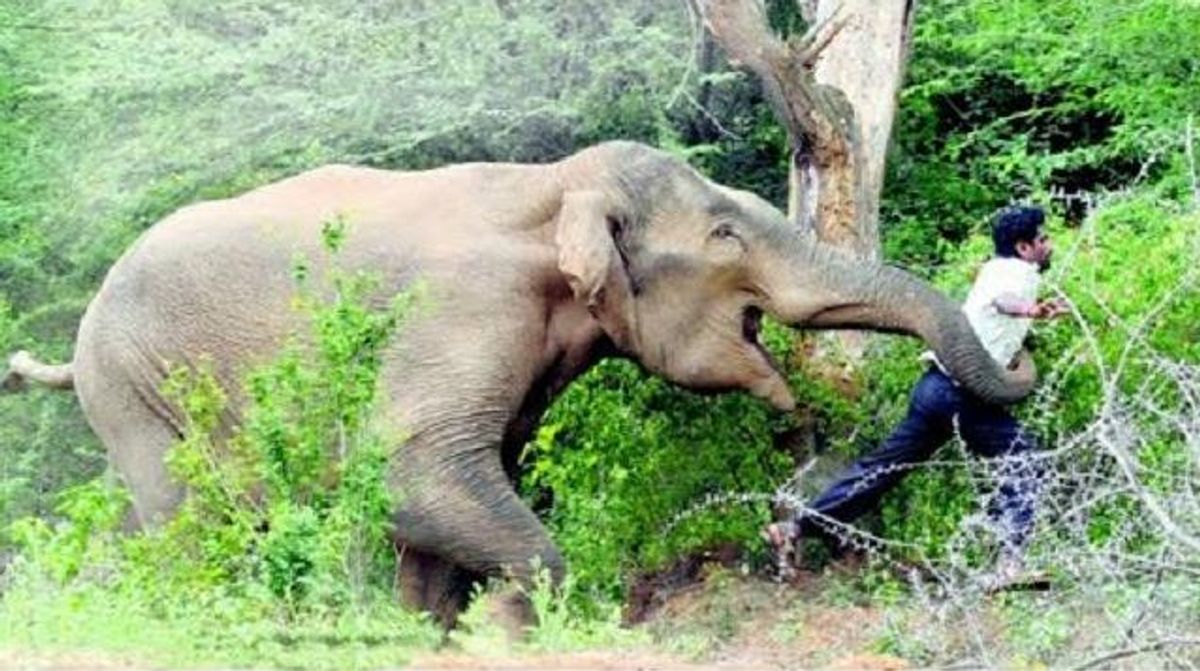 Claim:
A man was killed by an elephant he mistook for one he had aided years earlier.
Rating:

During the summer of 2006, this pachydermic updating of the Androcles and the Lion fable once again began to work its way from inbox to inbox. Sometimes it was presented as reproduced above, an account of a tragedy that befell an unnamed man subsequent to his coming to the assistance of a jeopardized elephant. Sometimes the man had a name (Mkele Mbembe), as did his son (Tapu). Sometimes the account even bore the attribution "UPI 2006," thereby positioning it as a news story run by an international wire service on a specific date.

However, whether titled "A Touching Story," "Incredible Story About an Elephant's Memory," or "Elephants Never Forget," the work was not an account of actual events. It was instead a well-worn leg pull that had been dusted off and given a facelift, then set loose upon the Internet to reach and entertain a new audience. (Indeed, the version that bestowed a name on the hapless man provided a joke within a joke, as a fictional creature described as a living specimen of the lost brontosaurus and said to wander wild in the jungles of Africa has been dubbed the mkele mbembe.)

As for how old this leg pull is, we spotted it posted to the newsgroup rec.humor.funny in March 1995:

One day an explorer is out in the jungle. As he wanders along, he comes upon an elephant, crying with pain, a large thorn lodged in its foot. Feeling sorry for the elephant, the man carefully pulls out the thorn. The elephant looks at him gratefully, then limps off into the jungle.

Many years later, the same man visits a circus, and sits in the front row. The elephant acts come on, but one of the elephants keeps looking over at the explorer. Eventually, the elephant breaks free, runs over to then picks the man up with his trunk, dashes him to the ground, and tramples him to death with his mighty feet.

Why did the elephant do this?

It wasn't the same elephant.

Yet the gag is even older than that, as this excerpt from the 1977 children's book The Turbulent Term of Tyke Tiler shows:

A man was lost in the jungle. He heard a noise and he saw an elephant with a thorn in his foot. So the man took it out. Then the elephant said,

"Can I do anything for you?" The man said, "Yes, take me to the end of the jungle." So the elephant did.

Many years went by. One day the man was at a circus and all the elephants came in. One elephant looked at the man and went to him. The man thought that it must be the elephant he had helped many years ago. He picked the man up and smashed him on the ground. It was the wrong elephant.

Certain of the story's elements work to conceal the nature of the tale from those who might otherwise easily spot it for the it is. While lore has it that elephants have fantastic memories, the truth about their mental capabilities is far removed from that. However, because we have been exposed to it so often, the precept "An elephant never forgets" stays lodged in the backs of our minds, in this case working to 'confirm' the basic point of the fiction: that it was reasonable for the doomed man to assume an elephant he'd had a brief interaction with earlier would remember him. Second, in recent years there have been a number of horrific maulings of zoo visitors who were fool enough to enter animal enclosures because they believed they had established spiritual connections with the beasts inside and so would be greeted as long-lost friends. Memories of news accounts about those real incidents also work to shore up the surface plausibility of this yarn.