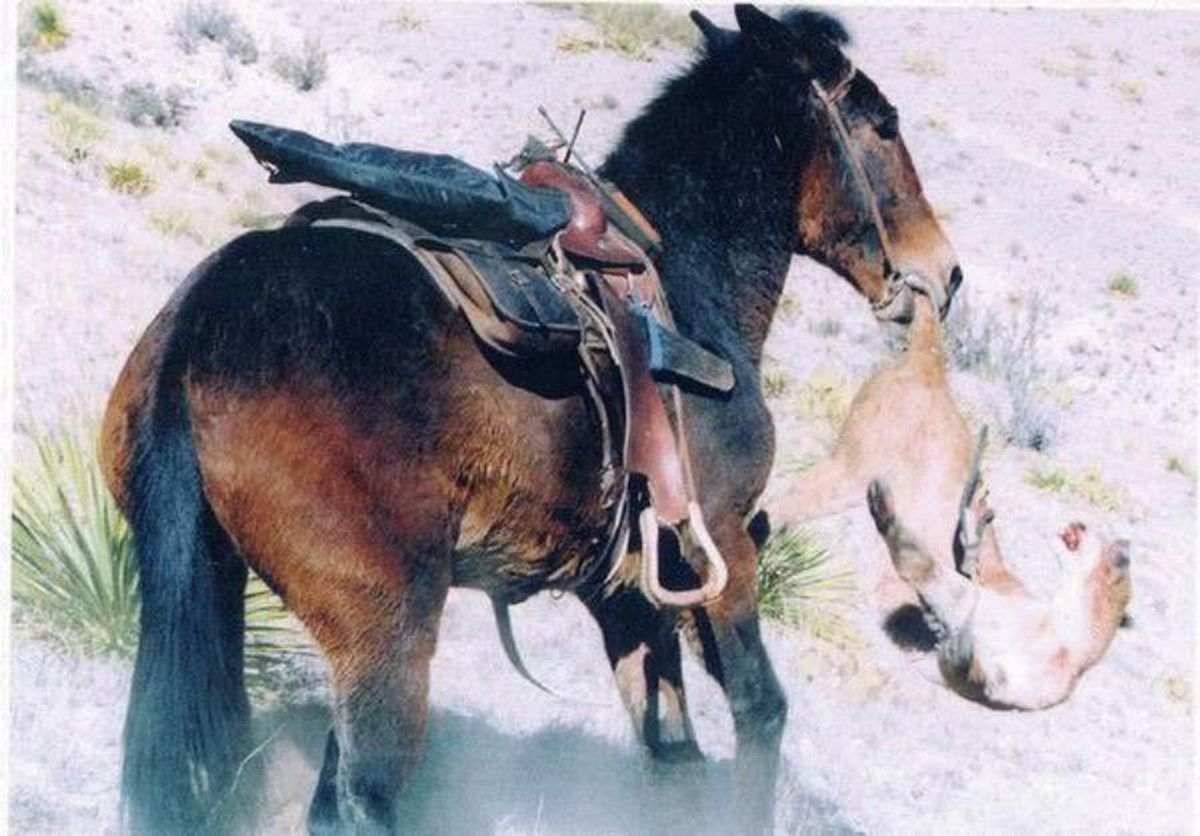 These pics came from a someone's dad in AZ. Yes the mule killed the mountain lion. The lion had been stalking them for the better part of the morning, on the way out to a hunt. They were pretty sure it was after a dog. The cat apparently ambushed them, and the mule pictured tossed its rider and went into attack (defense) mode, the horses scattered and shots were fired but no one was sure if they hit the cat or not. Unfortunately, the battle was decently long, and it wasn't until it was almost over that one of the guys started snapping pics.

The mule finally stomped the cougar to death after biting and throwing it around like a rag doll. The dogs wouldn't even come close until the mule settled down.

The cat was still alive here and trying to fight back The mule stomped the cat then pinned it to the ground and bit the heck out of the dead cat several more times.

The cat was pretty much dead by now then mule picked up the cat again whipped it into the air again then stomped the dead cat again for good measure! According to Steve Richards, who wrote a couple of articles about these photographs for Western Mule Magazine, the pictures date from 2002 or 2003 and show Berry, a mule owned by Jody Anglin. Jody hunts mountain lions, and the incident depicted took place in southwestern New Mexico and came about as Berry the mule grew more aggressive over time in his pursuit of mountain lions with Jody:

When Jody first got the mule and after Jody shot the first lion out, Berry casually came over to the lion and just nuzzled the lion and casually nibbled it. With each lion Berry just got more aggressive. Jody said it didn't take more than two lions and Berry got really aggressive to the lion and couldn't wait to get the cat.

However, the text description accompanying these photographs is somewhat inaccurate, as Berry didn't actually kill the mountain mule picked it up and tossed it around only after it was already dead:

The lion was dead before the mule Berry took and shook the lion. A lion is a powerful and lethal predator and can easily kill a a mule can be quite an adversary.