Did MSNBC Use 'World War Z' Footage in News Coverage?

“I dramatically underestimated Twitter,” the video’s creator said after it went viral. 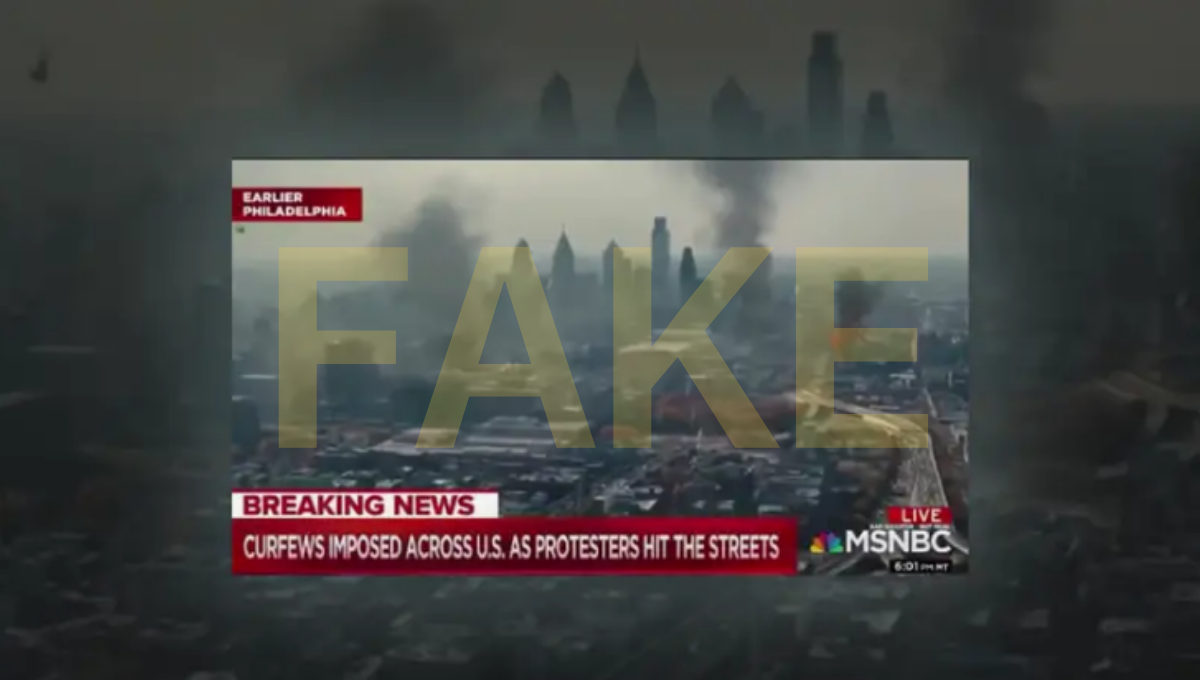 Claim:
MSNBC used footage from the zombie apocalypse film "World War Z" as if it were live footage of the 2020 George Floyd protests.
Rating:

In late May 2020, a Twitter user with 47 followers named “Bad Scooter” posted a video that combined visuals from the trailer of the 2013 zombie apocalypse film "World War Z" with an MSNBC clip of Brian Williams describing scenes from George Floyd protests in Philadelphia.

Though the original (and since deleted) video included the Twitter user’s handle and was labeled “not real” in text added above the MSNBC logo, the gag nonetheless spread. The post fooled many, including reporters. Most notably in terms of virality, however, it also fooled the anonymous entity behind the sprawling “QAnon” or "Q" conspiracy theory. On June 1, 2020, Q “dropped” a side-by-side shot of the gag segment on top of the the trailer, accusing the press of pushing an “America on Fire” narrative: Q would later admit the mistake, confusingly blaming the mix up on “helicopter rides” which create verification “challenges.”

The viral attention apparently shocked Bad Scooter, who tweeted “I dramatically underestimated Twitter.” The user deleted the original video and posted an all caps clarification that the video was fake. As proof, the user included the actual MSNBC clip from which the audio was derived:

MSNBC’s parent company also confirmed to The Verge that the clip was a fake. “To confirm, the posts are fake,” NBCUniversal spokesperson Alexandra Roberts told the outlet. For these reasons, the claim that MSNBC tried to pass "World World Z" trailer footage off as video of protests in Philadelphia is not rooted in reality.