This false rumor demonstrates how one subtle video edit can achieve a huge deception. 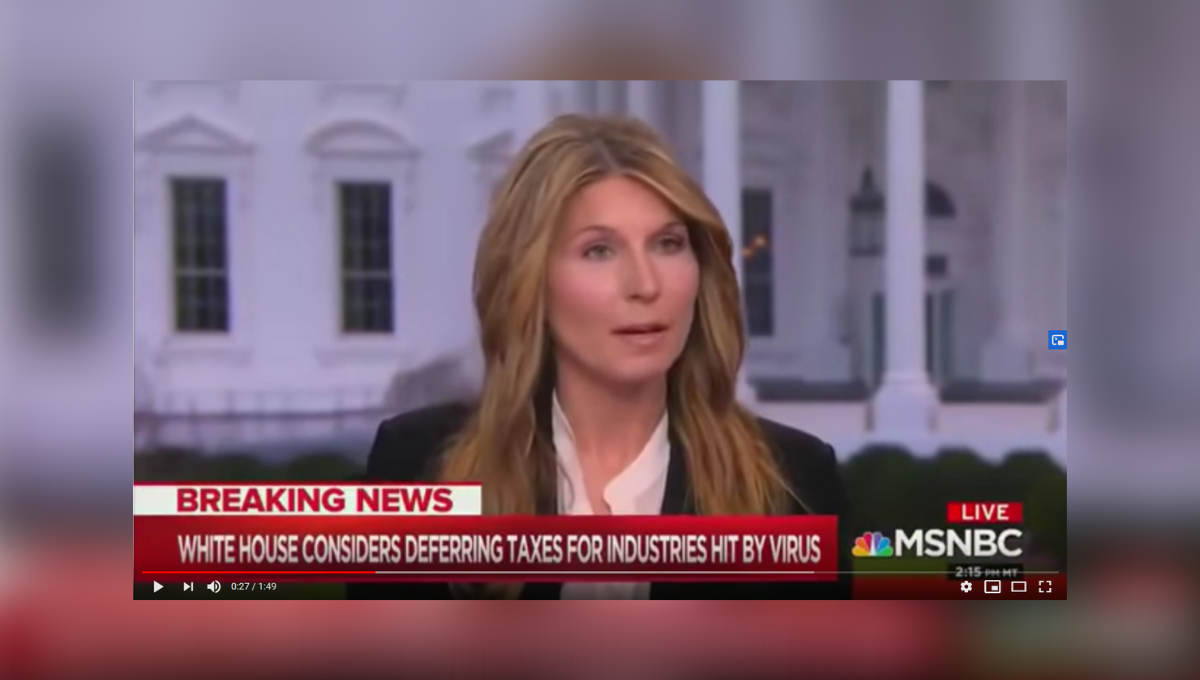 Claim:
An MSNBC reporter said on air: "I hope enough people die from coronavirus that it harms Trump's reelection."
Rating:

In March 2020, a message started to circulate on Facebook claiming that "MSNBC actually said" that it hoped the COVID-19 coronavirus disease would kill enough people to hurt U.S. President Donald Trump's reelection chances: This is not a genuine quote.

The viral meme did not identify who allegedly uttered this quote nor on which MSNBC program. We attempted to find the phrase in news reports but found none on record. Our search of TV Eyes, a database of global television coverage, also came up empty-handed.

The commentators on this Facebook post (as well as another version of this post with more than 50,000 shares) admitted that this wasn't an actual quote from an MSNBC reporter. Rather, they claimed that this was a paraphrased version of an MSNBC clip featuring Nicole Wallace and Princeton Professor Eddie S. Glaude Jr. from March 6, in which they discussed the coronavirus being Trump's "Hurricane Katrina." This clip, however, was discreetly edited to make it seem as if these reporters were making light of the situation.

The edited clip was created by the YouTube page The Tea Partiest and was first posted by websites such as RedState in articles that made a similar claim to the viral Facebook post. The RedState article, for instance, was headlined: "WATCH: MSNBC Host Nicole Wallace Hopes Coronavirus Tanks Trump’s Presidency."  While Wallace and Glaude truly did compare President George W. Bush's handling of Hurricane Katrina to Trump's handling of the spread of COVID-19, they never said they "hoped" that this pandemic would worsen so that it would hurt Trump politically.

Furthermore, the clip shared on RedState and other conservative websites was discreetly edited to make it look as if the reporters were giddy about the situation. For instance, after Glaude finishes his comments, the RedState video inserts a quick cut of MSNBC reporter Stephanie Ruhle smiling. But this smiling moment actually comes from another portion of the broadcast. In the original video from MSNBC, after Glaude finishes his comments, Ruhle gives her thoughts on the matter, asking, "Where are the grown-ups in the room?" and adding, "This may be the first time [a controversy] catches up with the president, [who has] a history of not telling the truth and surrounding himself with true Trump loyalists."

Here's the version that was shared by The Tea Partiest. The deceptive edit occurs around 1:07:

Below is the unedited version from MSNBC. You'll notice that when Glaude finishes up his remarks, around the 1:08 mark, the camera does not cut to Ruhle smiling. Rather, the MSNBC reporter takes her turn during the conversation with a follow-up observation:

While this may be a relatively small edit, it shows how a small lie can snowball into a larger distortion of the truth: The Tea Partiest shared a deceptively edited video. It was then picked up by websites such as RedState where it was presented as proof that these reporters were happy and hoping to see enough people die to hurt Trump politically. This message was further distorted when a Facebook user "summarized" this video into a quote — "I hope enough people die from coronavirus that it harms Trump's re-election" — and then presented it on social media as if this was something an MSNBC reporter said on air.

Of course, that wasn't the case.

Wallace and Glaude compared Trump's handling of the spread of COVID-19 with Bush's response to Hurricane Katrina. Wallace, who was the White House communications director under Bush, said that Hurricane Katrina was the moment that revealed "all the things that felt incredibly incompetent" about Bush's presidency, and noted the similarities to Trump's handling of the coronavirus pandemic.

Katrina was the moment when all the things that felt incredibly incompetent about the Bush presidency, the appointment of Harriet Miers to the Supreme Court, the botched attempt to privatize Social Security. I lived it, I can go through the whole list. Was realized. We gave them a proof point we were incompetent and also people died. This has the making structurally for the same kind of moment.

Trump's handling of the spread of COVID-19 has been widely criticized, both for previous actions that hindered the United States' preparedness (such as the disbandment of the the pandemic response team in 2018) and for not taking quick enough action when the disease first hit the U.S.