Did an MSNBC Crew Prevent a Disabled Veteran from Voting by Blocking a Handicapped Parking Spot?

A television news crew was inconsiderate in blocking handicapped parking spaces but didn't actually prevent a disabled vet from voting. 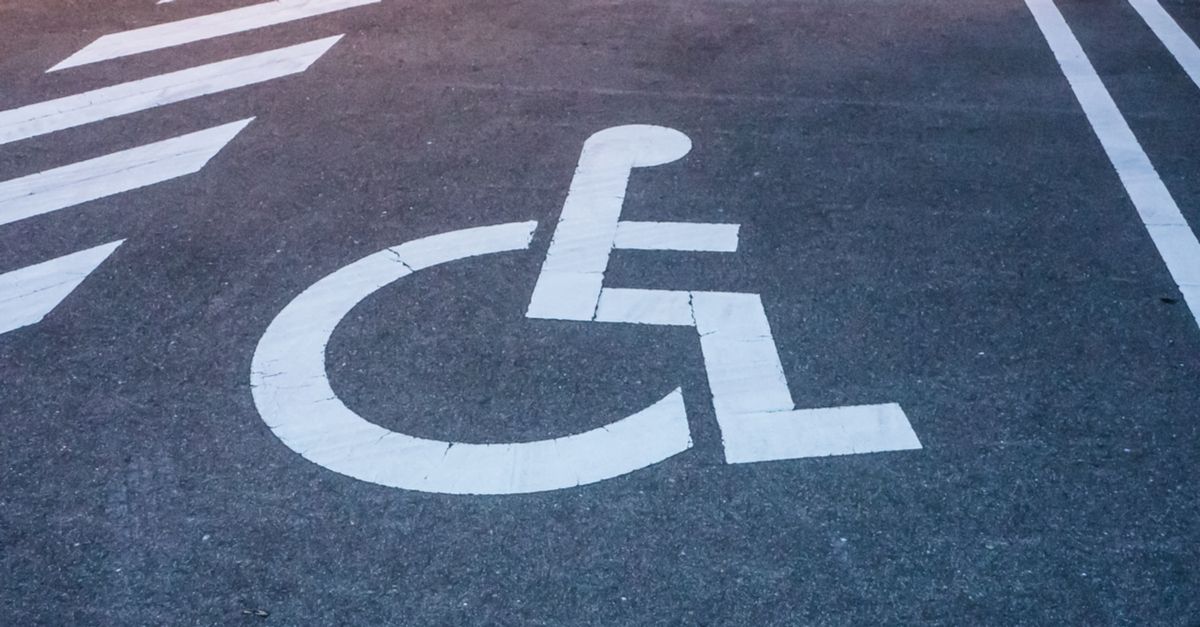 An MSNBC camera crew blocked handicapped parking spaces at a polling place and did not move when asked to do so by a disabled veteran.

By his own account, the veteran was not prevented from voting and did in fact cast his ballot at that time.

In the days leading up to the November 2018 elections, reports emerged of an incident during early voting in Houston, Texas, in which a disabled U.S. Air Force veteran was allegedly prevented from casting his ballot because a news crew from MSNBC had blocked a handicapped parking space outside the man's local polling station.

The right-wing web site The Daily Wire published an article under the headline "Disabled Vet Can't Vote After NBC Sets Up Camera in Handicapped Parking Space, Refuses to Move," which read:

A disabled Air Force veteran says an MSNBC news crew blocked his way into a polling site in Houston when it parked in a handicapped parking spot.

"Went to vote, and found this waiting for us," James Berrie, who has multiple sclerosis, wrote on Facebook. "The only van accessible spot and they’re filming in it. We asked them to move, pointed out how it was wrong, then went to vote, because it takes time to load up. But came out and still there. Not even packing up, still getting ready for their shot."

The Daily Wire faithfully reported the account presented by Berrie in a viral 30 October Facebook post, but the claim in their headline -- that he was prevented from voting -- was untrue and was contradicted in the body of the article itself.

In his widely-shared Facebook post, Berrie included a photograph of MSNBC staff preparing to shoot outside the polling station with technical equipment covering a handicapped parking space:

Went to vote, and found this waiting for us. The only van accessible spot and they’re filming in it. We asked them to move, pointed out how it was wrong, then went to vote, because it takes time to load up. But came out and still there. Not even packing up, still getting ready for their shot. Then Sarah made a big scene and did not back down. They claimed they had a live shot, so Sarah walked into the shot. They cut the feed and got pissed. Fortunately other people joined in, plus firefighters who where there for Prop B. We finally left once their van was loaded. But there were plenty of witnesses and pictures/video taken by others.

This is suppression. If I couldn’t park I couldn’t vote. Their van had no handicap placards. And this happens all the time. Handicap spots are not loading zones for gear and equipment. Figure something else out. Especially at a public event where people are going to need the spots. This is not ok, and the station needs to be made aware. All of them.

Berrie's account was somewhat inconsistent in one respect: on one hand, he wrote that "If I couldn't park, I couldn't vote," which may have given rise to the claim that he had been prevented from voting. However, earlier in the post Berrie wrote that he "asked [the crew] to move, pointed out how it was wrong, then went to vote."

Local news accounts also confirmed that although MSNBC's crew was blocking the van accessible space designated for handicapped parking, Berrie and his wife had been able (with difficulty) to park elsewhere and vote:

[Berrie] and his wife, Sarah, drove their van to the center for early voting. When they arrived around 8 a.m., the couple saw MSNBC blocking the only van accessible parking spot. So the Berries parked in a back lot. Cars crammed around the couple’s van left little room for Berrie’s ramp and power chair to move.

Berrie, who has multiple sclerosis, said the crew agreed to move when confronted. However, 15 minutes later when the couple finished voting and returned outside the crew remained.

However inconvenient, inconsiderate, or disrespectful the placement of the camera equipment on the handicapped space was, it did not, according to Berrie himself, prevent him from voting at that time. The Daily Wire's own article quoted from that part of Berrie's post, meaning they faithfully reproduced Berrie's account in the body of their article but nonetheless included a significant false claim in its headline.

Later on 30 October, MSNBC correspondent Mariana Atencio admitted that the crew had used the parking space in question and apologized for that decision without going into any detail:

We made the wrong call today by using a disabled parking spot for our live shot in TX. There’s no excuse. I apologize to the two people who were on their way to vote as it’s one of the most important parts of our democracy; we’d never want to jeopardize anyone’s ability to do so