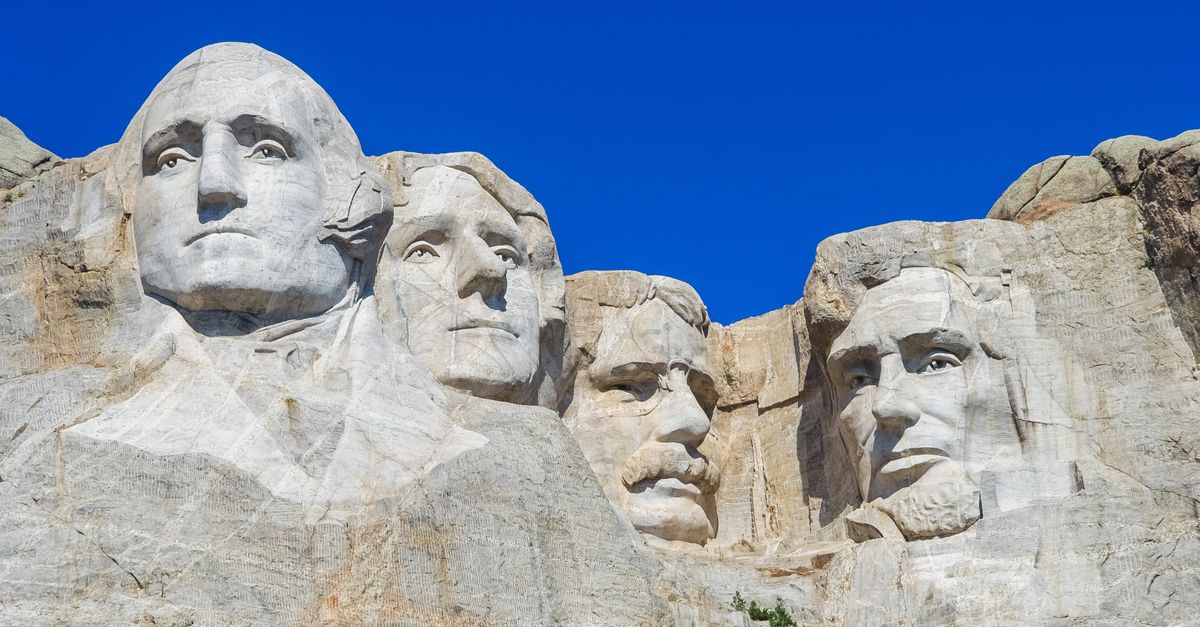 A number of social media users came across an image on 15 August 2018 which purportedly showed the monument at Mount Rushmore bearing four presidential visages to have been defaced with political graffiti: This was not a genuine photograph of the famous South Dakota landmark, and no protester was arrested for supposedly marring the monument with spray-painted graffiti. The meme was a fabrication created and posted by the Facebook page for "America's Last Line of Defense," which is part of a network of junk news websites and Facebook pages that engage in political trolling under the guise of providing “satire.”

The "About" section of the "America's Last Line of Defense" Facebook page states that "Nothing on this page is real. It is a collection of the satirical whimsies of liberal trolls masquerading as conservatives."

The National Park Service's "Earth Cam" provides a live feed showing the monument's 60-foot tall faces of presidents Washington, Lincoln, Jefferson, and Roosevelt, and on the morning after Mount Rushmore was supposedly defaced it displayed no evidence of graffiti markings or the substantial cleaning effort it would have taken to remove them: