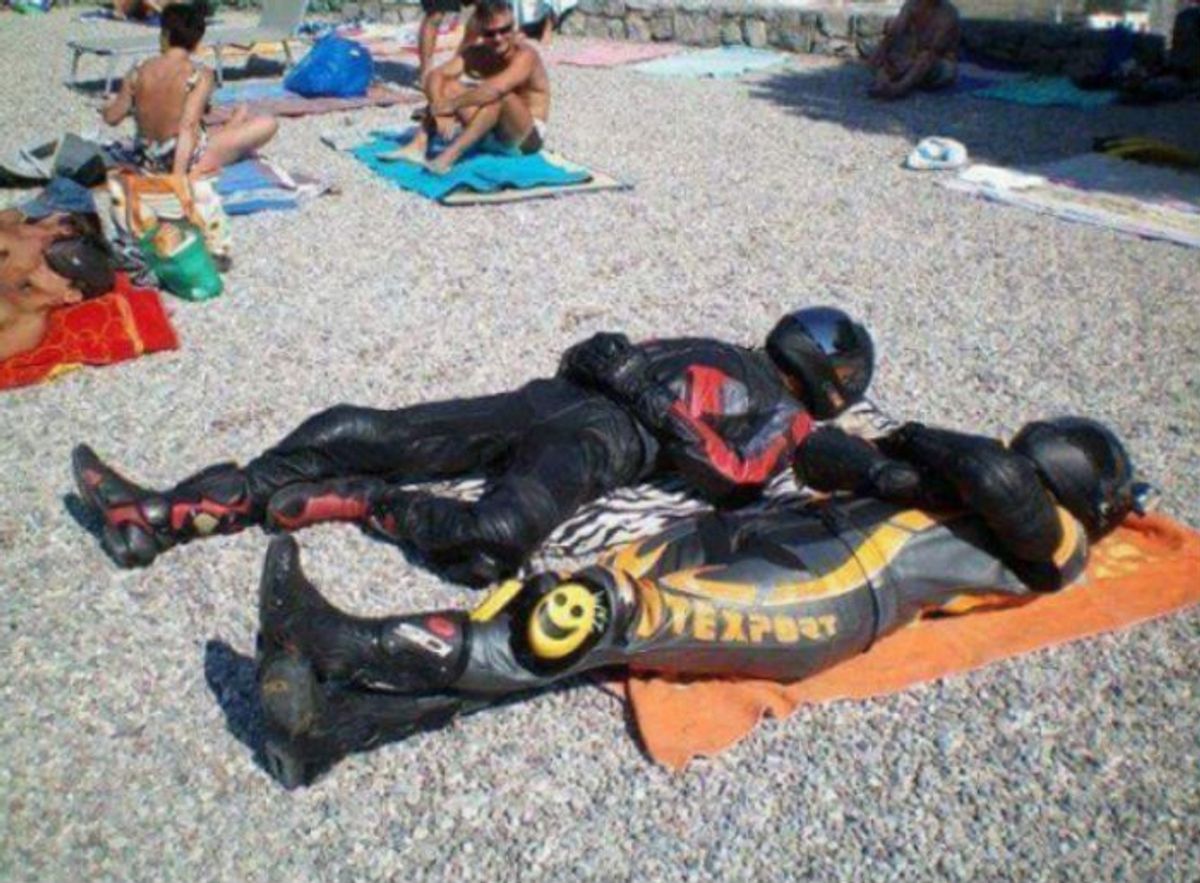 Claim:
A photograph shows two motorcyclists on a beach protesting a 2016 burkini ban in France.
Rating:

In August 2016, a photograph purportedly showing two motorcyclists "suntanning" on a French beach in full riding great to protest a recent "burkini ban" in that country was widely shared on Twitter: Several towns in France did enact bans on the burkini (a body-covering swimsuit worn by some Muslim women), and photograph displayed above is real, but the two have no connection to each other.

This picture has been circulating online since at least 2012, when it was posted to the web site Funny Junk, and was clearly taken long before the burkini ban issue was internationally publicized due to an August 2016 incident in Nice in which armed police officers forced a burkini-wearing woman to remove some of her clothing.

A number of French coastal towns implemented bans on burkinis, restrictions which were eventually overturned by the Conseil d’État, France's highest administrative court, as "a clear violation of individual and fundamental liberties."