A man who wished to remain anonymous claimed to have snapped pictures of Mothman, the legendary West Virginian flying monster. 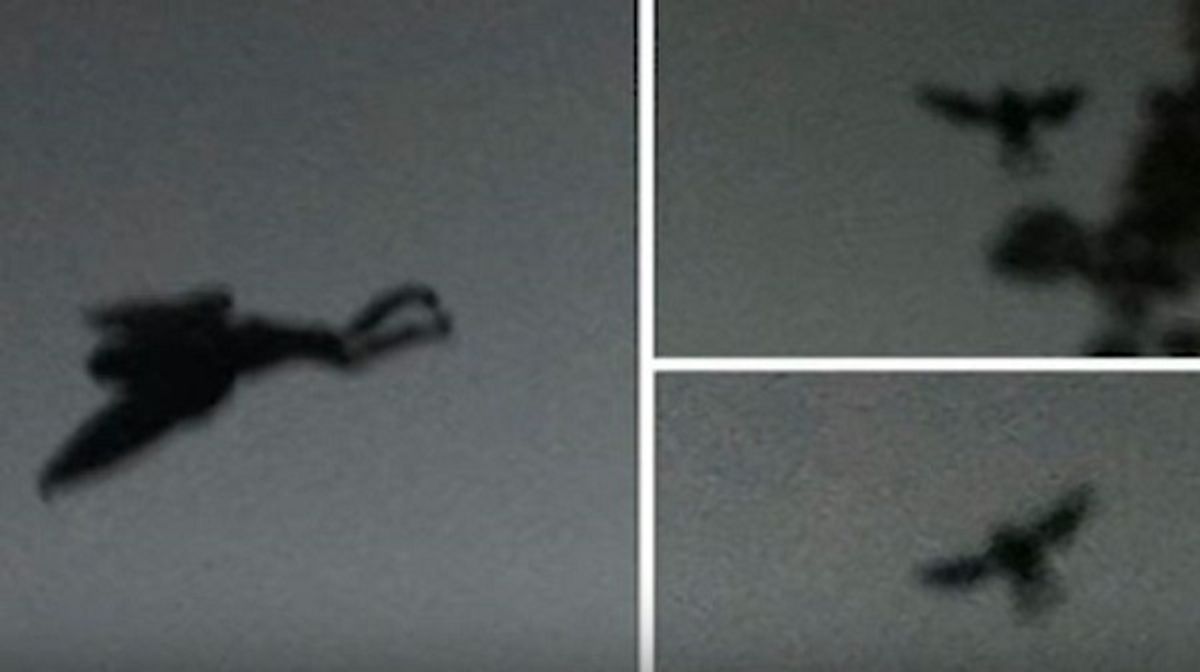 On 20 November 2016, an unidentified man allegedly captured images of what he believed to be the Mothman, a flying humanoid monster that gained fame for terrorizing the West Virginia town of Point Pleasant in the mid-1960s.

The photographer gave the pictures to local news station WCHS, claiming he took them while driving on State Route 2; the station aired the pictures in a 21 November 2016 report. The images are grainy and show the silhouette of a two-legged, winged creature flying around tree tops: The Mothman has been a part of the local folklore of Point Pleasant (a small city on the western border of West Virginia) since it was first sighted in 1966. Sightings of the creature were associated with the collapse of the Silver Bridge over the Ohio River in 1967, which killed dozens of people, leaving some residents to consider Mothman sightings to be bad omens (although the bridge collapse occurred more than a year after the first sightings were reported, making the connection tenuous at best).

While the Mothman legend has become a national curiosity and tourist attraction, early news reports on initial sightings suggest authorities believed it was an unusual-looking bird. Around the time it was first spotted, then-Mason County Sheriff George Johnson said the creature was likely a shitepoke, a type of heron.

But that levelheaded assessment didn't do much to stop the story from spreading, with the help of credulous reporters writing stories about a mysterious, large flying monster terrorizing the town. "Monster no joke for those who saw it," blared a headline in the Athens Messenger on 18 November 1966. It gained even more of a following with the publishing of a 1975 book, The Mothman Prophecies, and a 2002 movie starring Richard Gere by the same name.

On 1 December 1966, authorities and a local biologist told the Associated Press they believed it to be a sandhill crane that had wandered out of its normal migration route. Because it wasn't native to the region, its appearance wasn't familiar to the local community, causing some fright:

Dr. Robert L. Smith, associated professor of wildlife biology at WVU [West Virginia University], said the descriptions all fitted the sandhill crane, the second largest American crane, which stands almost as high as a man and has a wing span of more than seven feet.

He said the "red eyes" could be the large circles of bare reddish flesh around the crane's eyes. Smith said the bird apparently had wandered out of its normal migration route.

The most realistic explanation for the sightings of the so-called Mothman fell largely on deaf ears, as the story went on to become folklore. In fact, it seems likely the recent photographs were produced with the intention of stirring up the Mothman myth on its 50th anniversary, as it was in late November 1966 when sightings were first reported.

News reports about the recent sighting make it clear that the Mothman legend has ingrained itself in local culture and is not going anywhere. The creature has a statue in the middle of town, a festival and museum dedicated to him, and multiple local businesses that use him as a draw for customers.