Did a Mother Deer Sacrifice Herself to Cheetahs to Save Her Fawns?

A haunting photograph and a stirring tale of maternal sacrifice: one is real, the other isn't. 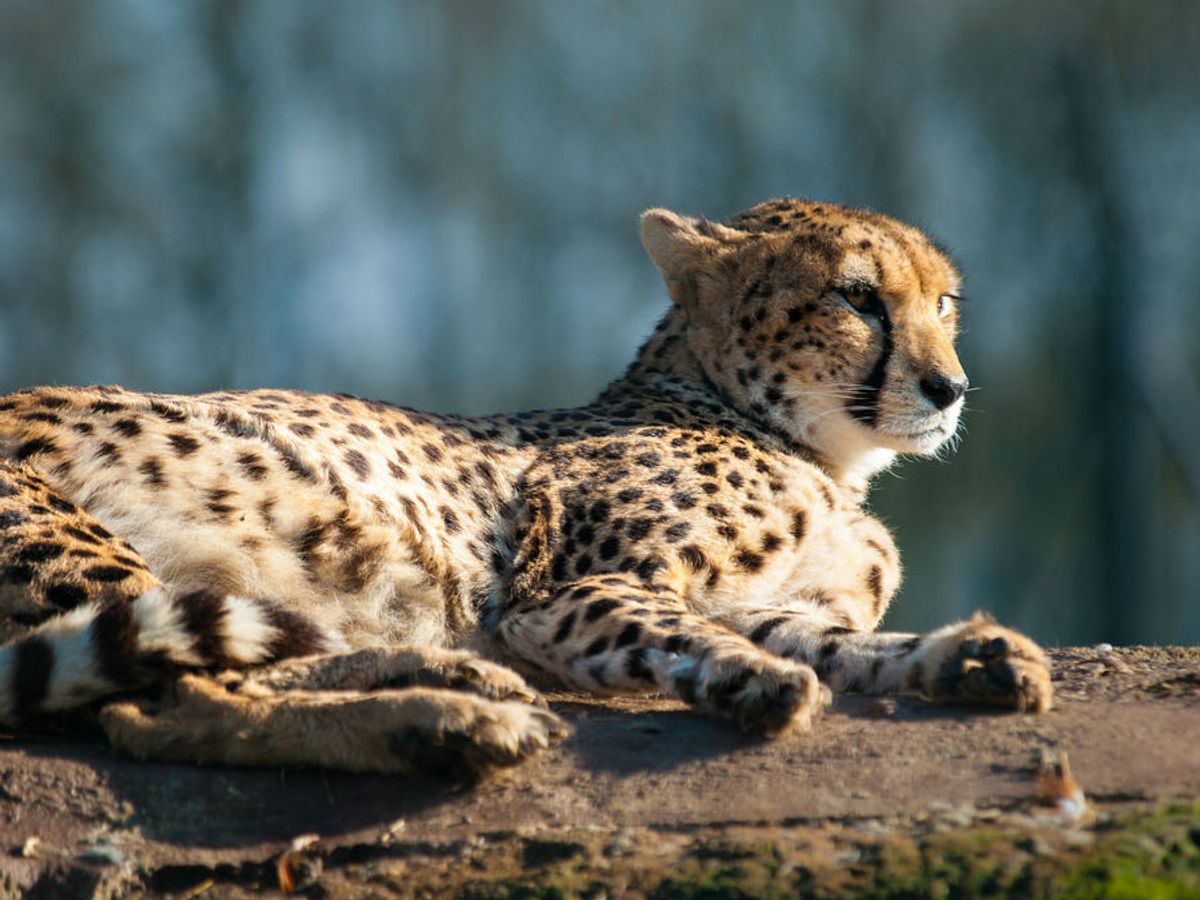 Claim:
A photograph shows an impala who allowed herself to be captured by cheetahs so her offspring could escape.
Rating:

Tales about animals exhibiting human (or human-like) behavior have long been the subject of myths and legends, and one form of this narrative especially resonates with modern readers: the notion that an animal would — like most human mothers — knowingly and willingly sacrifice her own life to protect her children.

Many animals will of course engage in defensive posturing and even aggressively attack a much larger predator in order to defend their broods. But we seem especially drawn to accounts (such as this one) that posit a mother animal's going beyond mere instinctive reaction and reasoning out (and then engaging upon) a course of action she knows will spell her end but will preserve the lives of her offspring.

One example of this type of narrative is the following account, which holds that a mother deer (actually an impala) deliberately allowed herself to be caught by cheetahs in order to allow her two fawns a chance to escape a similar fate: The image seen here is one of a series of pictures (titled "The Stranglehold") taken by photographer Alison Buttigieg in Kenya in 2013, documenting the capture of an impala by a group of cheetahs. But as Alison explained in her backstory to the set of photographs, what she captured on camera was not a mother impala's sacrificing herself to protect her offspring. In fact, the real story was nearly the inverse of that concept -- these photographs show a mother cheetah attempting to teach her cubs how to kill prey, then eventually dispatching a captured impala when her inexperienced cubs proved they weren't yet up to the task of strangling it themselves:

I witnessed this Cheetah kill in September 2013 in the Maasai Mara, Kenya. Narasha, the cheetah mom, was teaching her youngsters how to kill prey. However they were a bit slow on the uptake and they were playing with the hapless Impala prey instead of killing it. Narasha, the cheetah mom is the one that is grabbing the impala by the neck in all the photos. The youngsters practice some skills like pouncing and tripping which they get right, but they cannot seem to be able to get how to strangle the impala effectively.

What is out of the ordinary in this sequence of photos is how calm the impala is throughout its ordeal. It is probably in shock and thus paralysed with fear. It is disturbing how it seems to be posing in some photos, especially in the 6th one as if determined to stay beautiful and proud until its very end. The defiance in its eyes are in stark contrast with its lack of interest in self-preservation. This allowed me to get unique pictures of a kill that are seemingly choreographed in their grace. I wanted the viewer to sympathize with the impala, and at the same time witness with me the disturbing nature of this unusual kill.

In the end, after what seemed like an interminable eternity (but it was just a few minutes), the cheetah mom put the impala out of its misery, and the cats got to enjoy a nice meal.

As Alison noted, it's unusual "how calm the impala is throughout its ordeal," as well as how the doomed animal exhibited a seeming "lack of interest in self-preservation," but those behaviors had nothing to do with an effort on the part of the impala to allow her fawns a chance to escape a similar fate.

Other versions of this tale maintain that Ms. Buttigieg "fell into depression" after snapping the photograph, a claim she refuted in a statement to DNA (India), as well as in her own Facebook post:

"It is not true that I suffered from depression — it was just lies so that some people get more likes on their page. People steal photos all the time to get attention, but this was very rude and hurtful."

In fact when asked about if she knew her image for which she won accolades and even awards had become viral she replied, "Yes I know. Hundreds of people are sending me messages about my fake depression and why I didn't save the deer. Its been horrible. I have no idea who started this, I wish I knew," said Buttigieg who is Maltese wildlife photographer residing in Finland.