A fake news article reported that a woman allowed her boyfriend to etch a full-chest tattoo on her two-year-old son and then traded the boy for crack cocaine. 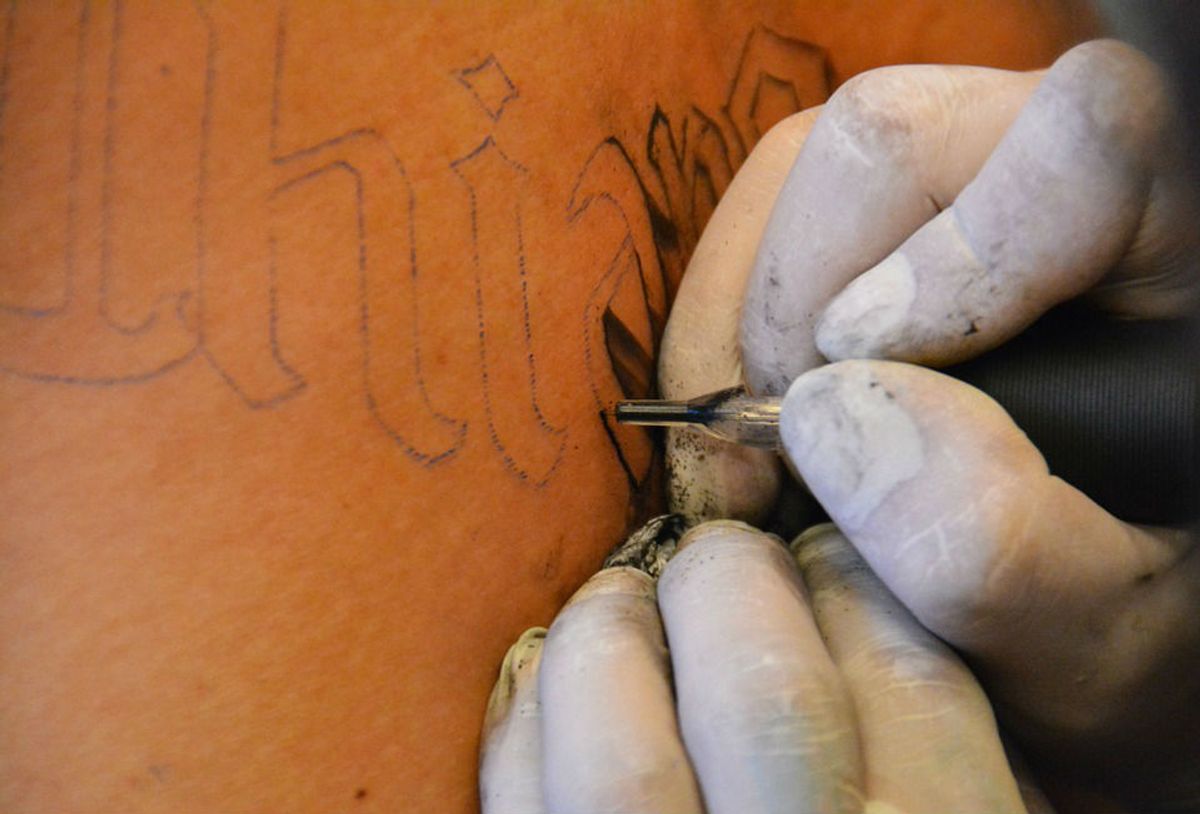 Claim:
A mother was arrested for tattooing her 2-year-old boy and trading him for drugs.
Rating:

On 20 June 2016, the clickbait web site News 4 KTLA published an article reporting that a woman had been arrested after she allowed her boyfriend to etch a full-chest tattoo on her two-year-old son and then traded the boy for crack cocaine:

A manhunt for 24 year old Shaunetta Wright came to a peaceful end early Monday morning after she was apprehended in Alabama for child abuse, neglect and several other charges. Authorities say that Wright is accused of allowing her boyfriend to etch a full chest tattoo across her two-year-old son’s upper torso and then trading the boy for crack cocaine.

There was no truth to this story.

News 4 KTLA is a clickbait fake news site that masquerades as a local television station's news site and publishes fabricated stories intended to drive readers to the site and generate advertising revenues. News 4 KTLA does not carry a disclaimer identifying their content as fiction, but the web site has a track record of publishing fake news stories, such as articles about a 9-year-old killing his parents over a lack of Wifi, a parasite in Dasani water products, or dead bodies being the true source of contamination in the Flint River.

As with many of their other articles, News 4 KTLA placed a generic news ticker over an unrelated photograph in order to lend a whiff of credibility to their baseless report: This image does not show a young boy who was sold for drugs after his mother tattooed him. While the exact origins of this image are unknown, the photograph has been circulating online since at least 2012 and was likely digitally manipulated.