Did a Woman Give Birth to 17 Children at Once? 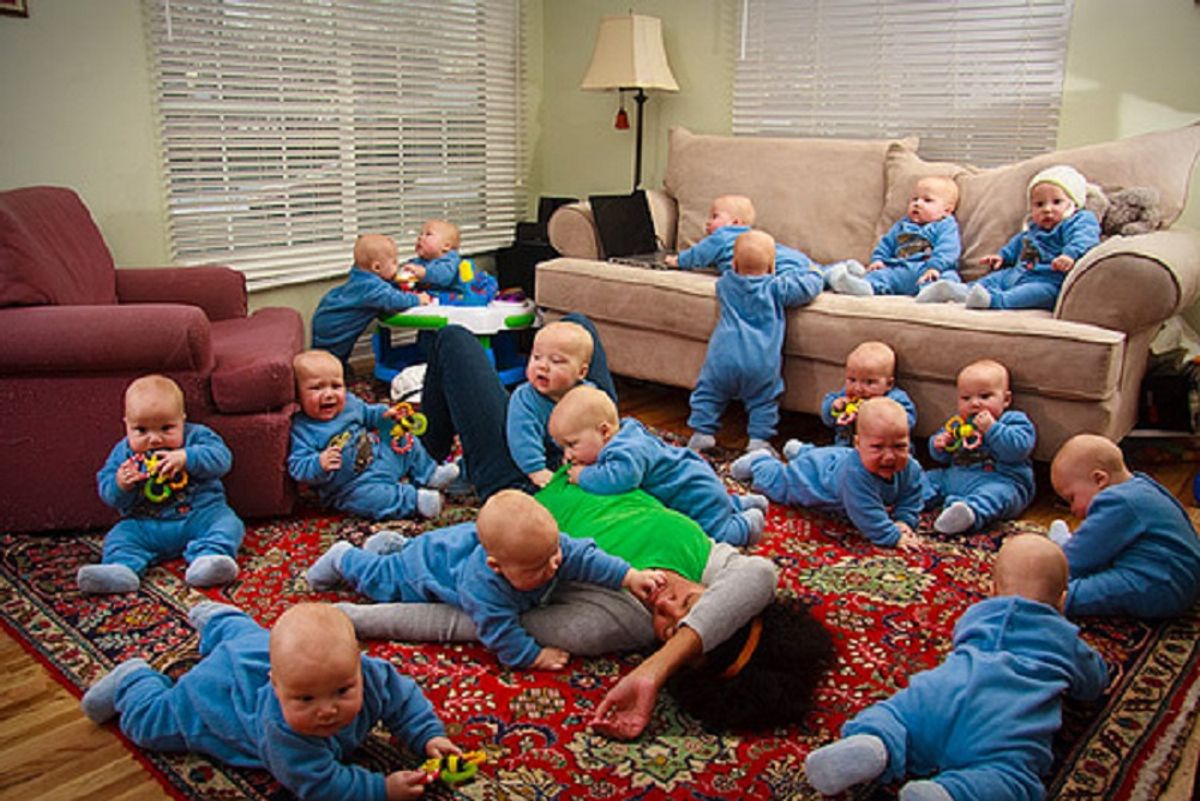 Claim:
An Indianapolis woman give birth to 17 children at once.
Rating:

The tale of a woman named Catherine Bridge, who supposedly "holds the World Record for the most babies in a lone pregnancy by giving birth to 17 babies," has been making the rounds of social media since 2014:

Of course, this account did not originate with any real incident or news report, but with a 20 January 2014 article published by World News Daily Report (WNDR), a notorious purveyor of junk news:

USA: MOTHER GIVES BIRTH TO 17 BABIES AT ONCE!

An American woman has totally annihilated the former World Record for the most babies in a lone pregnancy by giving birth to seventeen babies over 29 hours last weekend at the Indianapolis Memorial Hospital.

Catherine Bridges and her husband had been trying to have a child for many years and had decided last year to use medical assistance from a fertility clinic in Rhodes Island.

The insemination process was definitely successful, as the couple got an entire litter of seventeen beautiful and identical boys.

The original WNDR article included only the photograph of 17 blue-clothed babies shown above; someone latter embellished the social media version by adding a (manipulated) image of a pregnant woman and a picture of a man sitting on a sofa amidst a multitude of diaper-clad infants.

The record for most surviving children produced in a single pregnancy remains eight, a feat accomplished in 2009 by Nadya Suleman, more commonly known as "Octomom." (A few instances of the live birth of nine children stemming from a single pregnancy have been recorded, but those children all died shortly afterwards.)