Were Most Jobs Added in February 2021 'Waiters and Bartenders'? 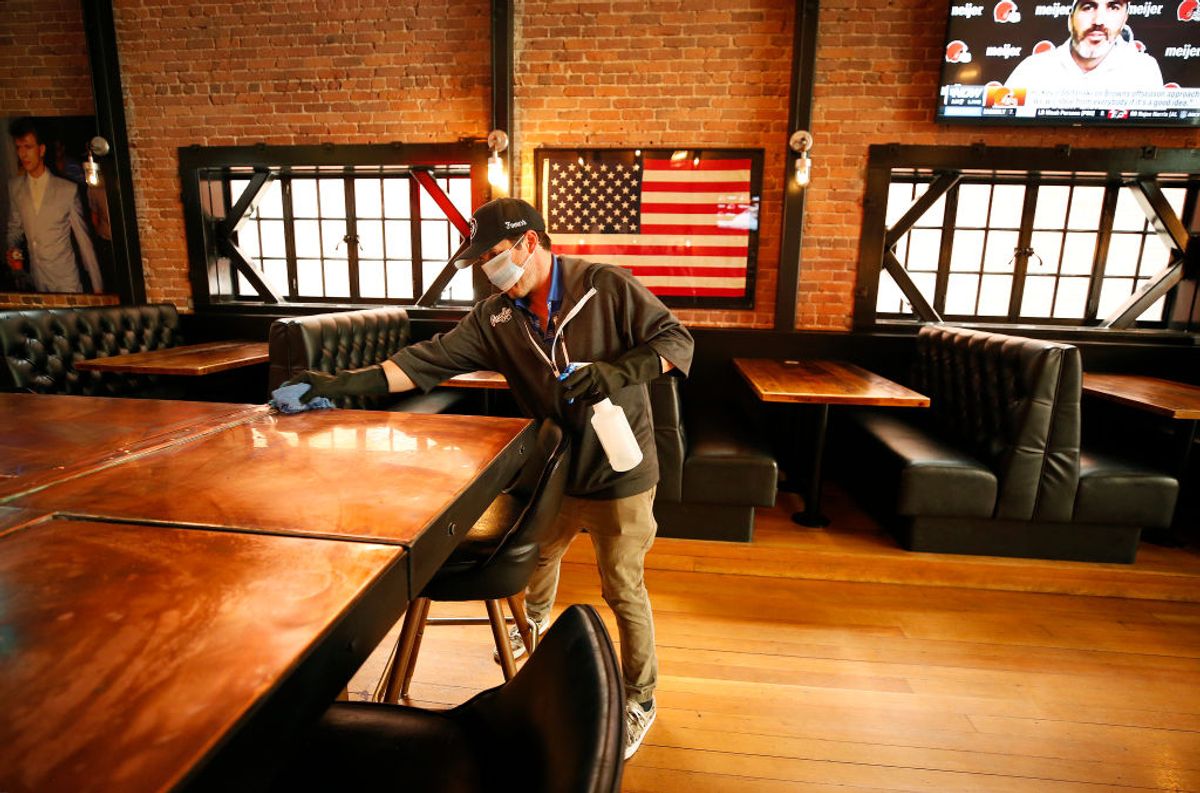 Claim:
Around three-quarters of the 379,000 jobs added to the U.S. economy in February 2021 were made up of "waiters and bartenders."
Rating:

The "food services and drinking places" subsector is made up of more than just "waiters and bartenders." It also comprises cooks and managers, among other occupations.

In March 2021, new employment figures showed that the U.S. economy added 379,000 jobs in February, the first full month of Joe Biden's presidency. The news was greeted with cautious optimism, with the Wall Street Journal reporting that the gains had "set up a stronger recovery" for the spring of 2021, and The Washington Post reporting that the figures had "surpassed analysts' estimates." Politico wrote that:

U.S. employers added a robust 379,000 jobs last month, the most since October and a sign that the economy is strengthening as confirmed viral cases drop, consumers spend more and states and cities ease business restrictions.
The February gain marked a sharp pickup from the 166,000 jobs that were added in January and a loss of 306,000 in December. Yet it represents just a fraction of the roughly 10 million jobs that were lost to the pandemic.

On social media, other observers — in particular those more broadly opposed to Biden — sought to undercut the significance of the jobs figures, claiming that a large majority of the increased employment came in one sector, namely food and beverage services.

Of the 379K jobs added, 286K were waiters and bartenders.

75% of the 379k jobs "created" in Feb. were waiters and bartenders returning to work. Since many restaurants and bars that closed will never reopen there's a limit to how long this can last...

Those figures were accurately stated, although "waiters and bartenders" was a reductive description of the occupations in question. As a result, we're issuing a rating of "Mostly True."

What the Latest Figures Showed

The standard measure of job growth is "total nonfarm payroll employment, seasonally adjusted," a metric that is collated and published by the U.S. Bureau of Labor Statistics (BLS), each month. On March 5, the BLS published figures for the preceding month, February 2021, writing that: "Total nonfarm payroll employment rose by 379,000 in February..." In effect, this means that there were 379,000 more jobs in the United States in February than there were in January.

The BLS provides in-depth breakdowns of job gains or losses, and unemployment, including details on the demographic and sectoral contours of each month's data. According to the same set of figures, the "leisure and hospitality" sector gained 355,000 of the 379,000 total new jobs in February (Summary Table B).

Of those, 285,900 jobs were specifically in "food services and drinking places" (Table B-1). That's the source of the "286K" figure presented by Zerohedge. Those 285,900 jobs made up 75.4% of the total number of new jobs added in February, the percentage figure provided by Schiff in his tweet.

However, the "food services and drinking places" subsector is made up of more than just "waiters and bartenders." The following is how that subsector is defined in the official North American Industry Classification System:

Industries in the Food Services and Drinking Places subsector prepare meals, snacks, and beverages to customer order for immediate on-premises and off-premises consumption. There is a wide range of establishments in these industries. Some provide food and drink only; while others provide various combinations of seating space, waiter/waitress services and incidental amenities, such as limited entertainment. The industries in the subsector are grouped based on the type and level of services provided. The industry groups are full-service restaurants; limited-service eating places; special food services, such as food service contractors, caterers, and mobile food services; and drinking places.

The BLS figures for February 2021 don't specify the proportion of those 285,900 jobs composed of specific occupations, but it's highly unlikely they were all "waiters and bartenders." In 2019, the most recent year for which figures are available, the following was the breakdown of occupations within the "food services and drinking places subsector":

As can be seen from those figures, "waiters and waitresses" made up less than one-third of workers within that subsector. If the distribution of occupations was even broadly similar among the 285,900 new "food services and drinking places" jobs added in February, then it would appear highly unlikely that even a majority of those 285,900 new jobs were made up of "waiters and bartenders" alone.