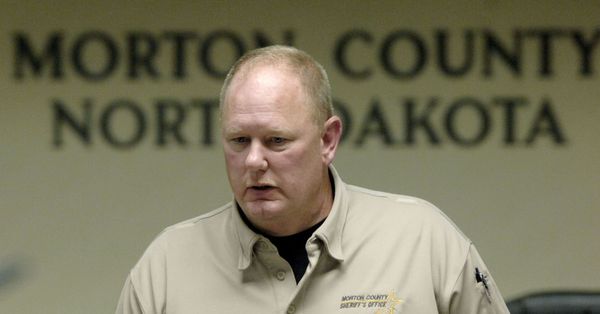 In November 2016, the Twitter account @KyleKirchmeier appeared, purporting to belong to the sheriff of Morton County, North Dakota (site of the proposed Dakota Access pipeline and the ensuing protests) and publishing clearly offensive content:

First of all, the Bundy's are white. Secondly, they had guns. You can't expect unarmed brown people to be treated the same. #thisisamerica https://t.co/9Ksuc7TGPT

@Y0ssarian11 if Indians take their land and resources back, they could pose a serious threat to current American culture and leadership. — Sheriff Kirchmeier (@KyleKirchmeier) December 7, 2016

A significant portion of the account's activity involved engagement with other Twitter users, many of whom were not aware the @KyleKirchmeier account was illegitimate. However, on 6 December 2016, the official @MortonCountySD confirmed that the account is phony:

"The twitter account @KyleKirchmeier is fake. We are working to get it taken down." The blue checkmark is a sign that this is the true acct. — MortonCountySheriff (@MortonCountySD) December 7, 2016

In the tweet, the Morton County Sheriff's Department indicated it was not aware who was behind the parody @KyleKirchmeier account. However, the Department said that it was working with Twitter to remove the parody account.