A photograph purportedly showing a baby moose holding a gay pride flag is a digital creation. 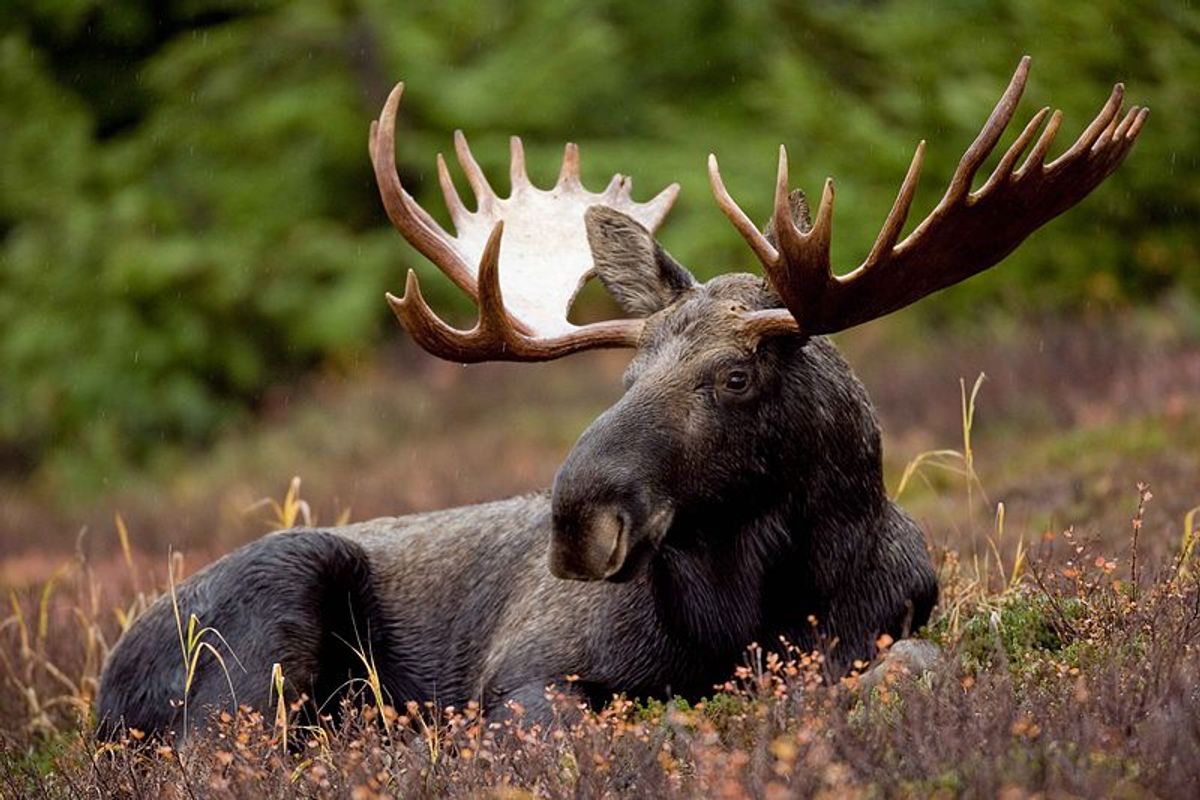 In June 2016, a photograph purportedly showing a baby moose carrying a rainbow (i.e., gay pride) flag began circulating on social media. However, the image was digitally altered; the young moose in the original was not carrying a flag.

The original picture was posted to the Reddit on 14 June 2016, a day before the rainbow flag version began circulating, along with the caption "A baby moose I saw in town today." Reddit user "FlamingWarPig" provided additional information about the photograph's origins in the comments section:

Before it got close I thought it was a huge weird a** dog. It's the smallest moose I've ever seen.

This is actually dead center of Anchorage. There's a huge apartment complex just over the rise and about a 500 home subdivision behind me. The angle just makes it look more remote than it is.