Did Mookie Wilson Say Belief in Dinosaurs Helped Him Out of Batting Slumps?

One of the factors behind the Mets' 1986 World Series win may have been a lack of 'dinosaur politics' in the club. 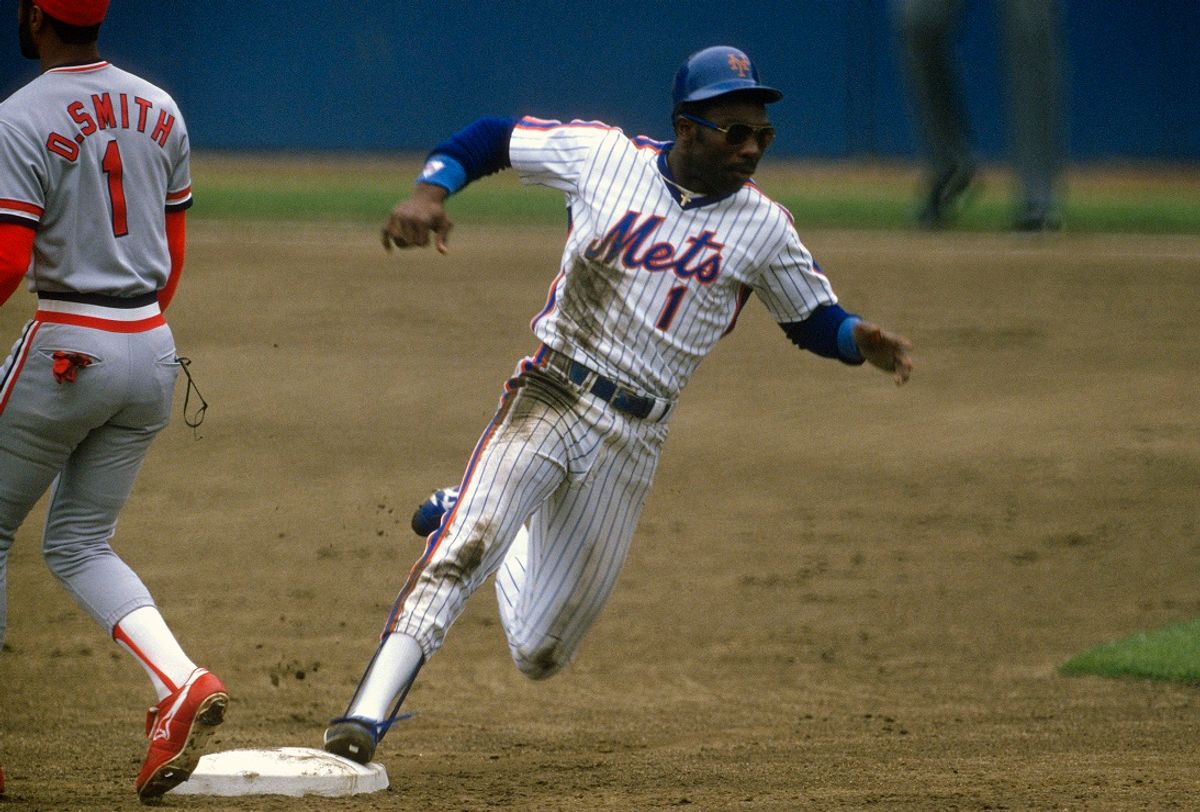 William Hayward Wilson, better known as "Mookie," was a speedy, switch-hitting outfielder with the New York Mets baseball club in the 1980s who quickly became a fan favorite due to his positive, up-beat attitude, leading to his regularly being saluted with affectionate chants of "Moooo-kie" from Shea Stadium crowds during home games.

During his career, Wilson secured a prominent place in World Series lore as the batter whose two-out ground ball rolled between the legs of Red Sox first baseman Bill Buckner in bottom of the 10th inning of Game 6, scoring Ray Knight from second base with the winning run. That three-run, extra-inning rally kept the Mets alive and allowed them to snatch the championship from Boston by winning Game 7 two days later.

Wilson has also achieved a lesser type of immortality in the online world as the putative author of an affirmative message in which he attributed his ability to break out of batting slumps to his belief in dinosaurs, saying, "When I'm in a slump, I comfort myself by saying if I believe in dinosaurs, then somewhere, they must be believing in me. And if they believe in me, then I can believe in me. Then I bust out.": The tortured but charming logic of this quote seemed to mesh so well with Wilson's personality that for decades now, baseball aficionados have been posting and reposting the image shown above online as genuine words of wisdom offered by the irrepressible player. However, his dinosaur ruminations were a fabrication that sprang from the imagination of humorist Charlie Rubin and were part of a larger spoof article published by New York's renowned alternative newsweekly, the Village Voice.

In October 1986, as the New York Mets were just about to begin their postseason endeavors by squaring off against the Houston Astros in the National League Championship Series, the Voice ran a full-page piece by Rubin titled "Favorite Dinosaurs of the Mets." The article reworked a number of sports clichés as dinosaur-related ruminations attributed to various Mets players and personnel: Anyone who briefly pondered whether the Voice piece might have comprised thoughts genuinely by members of the New York Mets' staff needed only to consider the following outlandish pronouncements credited to Mets Manager Davey Johnson and General Manager Frank Cashen, respectively:

Davey Johnson: Ever notice how great teams and great dinosaurs just seem to follow each other around? That was the message I was brought here to impart, in '84. And today, this is significant, while every Met has a favorite dinosaur, it's always a different favorite dinosaur. There's no dinosaur politics on this club. Guy goes on the [disabled list], he finds his dinosaur waiting for him when he comes back ... Before I took the Mets job I had to know from management, "Do I have the authority to lead museum trips as I see fit?"

Frank Cashen: Dinosaurs are important to any winning organization. And when your dinosaurs go, so does your competitive edge. I was talking to [New York Yankees Owner] George Steinbrenner the other day, and he agreed with me. He said, "You know what killed off those great Yankees teams of mine, don't you? Extreme cold and changing vegetation."

Alas, the Mets haven't won another championship in the more than three decades that have passed since that 1986 triumph, so perhaps some Mesozoic Era-based emotional support did indeed help them over the hump that year.