A viral video purports to show a sexual act depicted in a scene from the popular children's movie "Monsters, Inc." 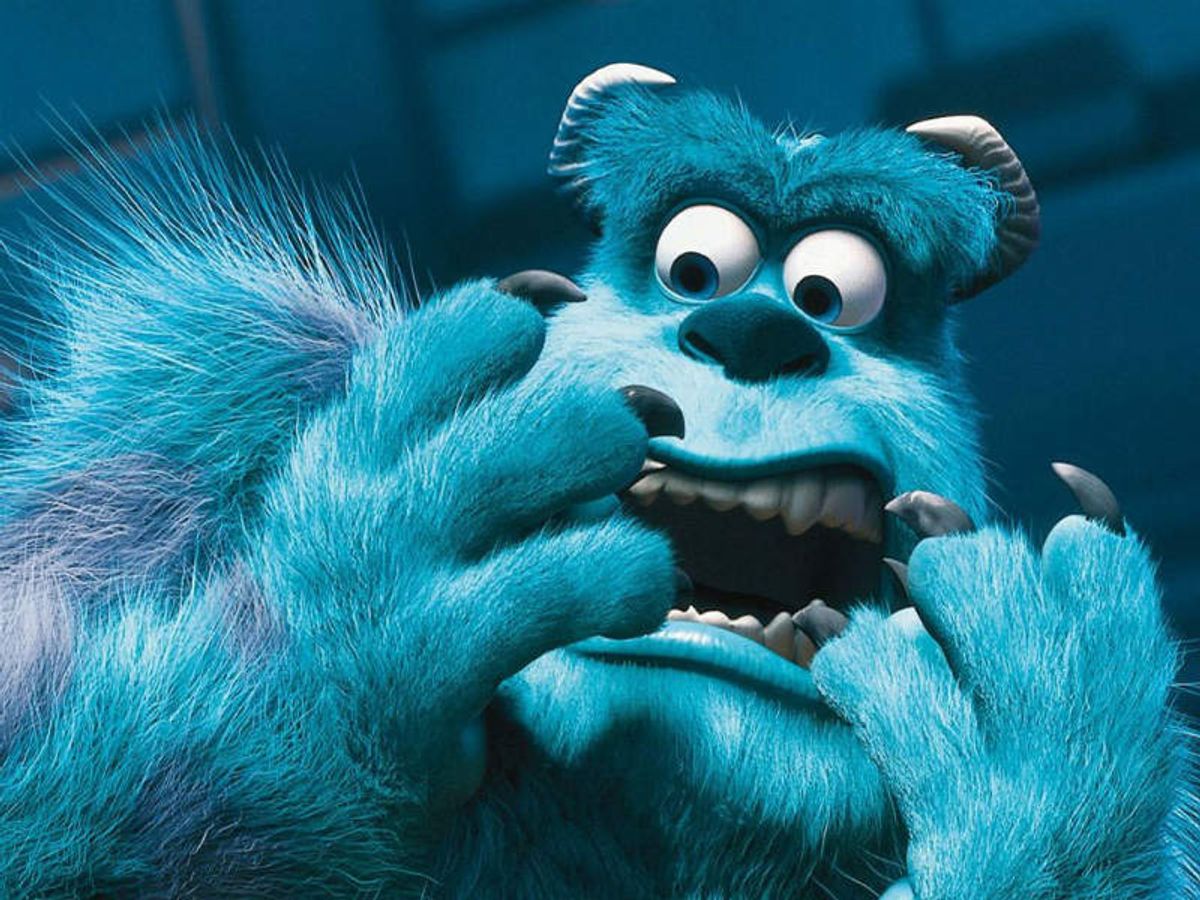 Claim:
A drawing of a sex act can be spotted in the closing scenes of the movie "Monsters, Inc."
Rating:

In May 2016, a viral YouTube video purportedly featuring one of the final scenes in the Pixar movie Monsters Inc. renewed interest in a rumor that a drawing of characters "Uncle Roger" and "Mommy" engaged in a sex act could be spotted on Boo's bedroom wall:

The drawing did not actually appear in the movie at all. The image was created by Corey Vaspasiano for a digital editing contest for the web site Cracked, in which users were asked to insert R-rated "Easter eggs" into children's movies: The above-displayed image was later inserted into a clip from Monsters Inc. which had many people convinced that it was real. While Disney and Pixar both love to insert "Easter eggs" — intentional hidden messages or inside jokes — into their films, this is not an example of one. The real scene from Monsters Inc. featured an innocent picture of a cat:

While many of the X-rated Disney rumors have been proven false, the movie The Rescuers did actually feature two frames showing a topless woman.