Maybe some foods do go better with caffeine, and we'll never know until we try. 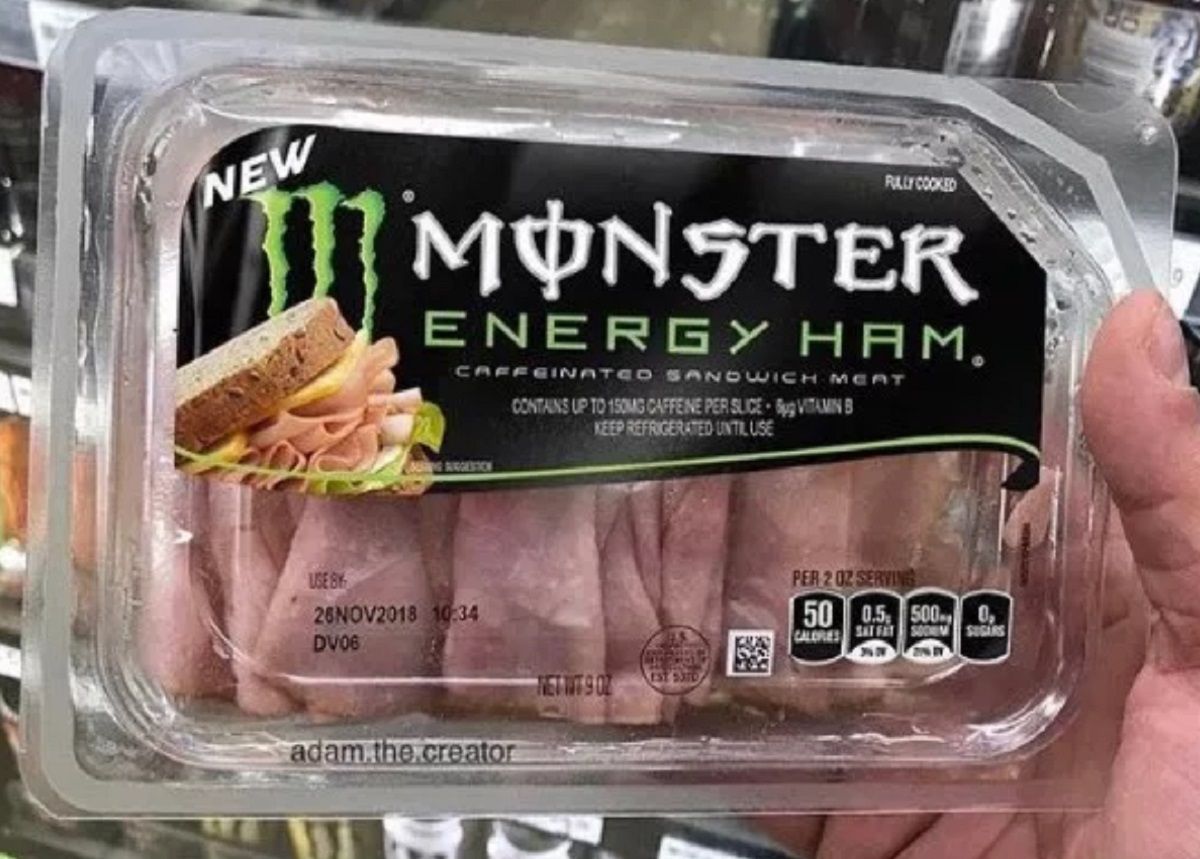 What do you do if you need a boost of caffeine but you just aren't thirsty? Well, thanks to Monster Energy (and some internet creativity), you could make a sandwich with some Energy Ham. However, this is not a genuine food product offered by Monster Energy, but rather a digitally manipulated image that was created as a humorous hoax.

One indication that this image of "Energy Ham" is fake is that a watermark for "Adam.The.Creator" appears on the bottom left of the package. This watermark refers to Adam Padilla, a digital artist who is infamous for creating fake products. While many of Padilla's creations are obvious jokes, a few have managed to fool viewers.

We've previously debunked a number of imagined products created by Padilla, such as a vape pen for babies and a Fisher-Price happy hour playset.

In Padilla's original tweet unveiling this Energy Ham product, a second watermark can be seen on the bottom right reading "Made with Momus," a reference to an online meme studio:

When your son Kyle is hungry after motocross practice pic.twitter.com/YowiWDpB91

We also checked the Monster Energy website to see if the company had put out any press releases regarding a new line of caffeinated deli meats. While the company sells various waters, juices, coffees, and even protein shakes, they are not currently in the caffeinated energy pork product business.