Did Monkeys Kill 250 Dogs in Revenge?

One official: "To some extent the news is true." 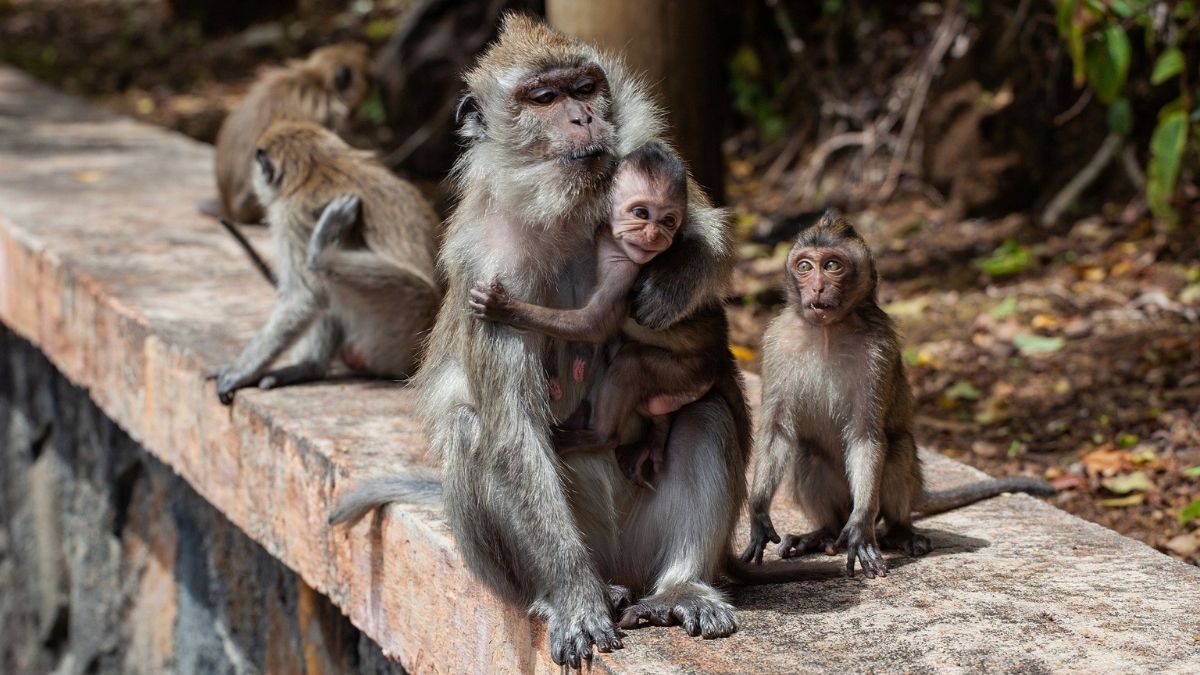 Claim:
Monkeys in India killed 250 dogs by throwing them off rooftops in an act of revenge after dogs killed a baby monkey.
Rating:

Reports from India indicate that several dogs died after they were taken away by monkeys and brought to inaccessible rooftops.

The majority of the dogs died from starvation, not from being thrown off rooftops.

It's unclear if these killings were intentional and if they were truly an act of revenge; also unknown is the number of dogs that died.

In December 2021, English-language media outlets picked up on a story from India about a troop of monkeys that was reportedly killing dogs out of revenge after the dogs killed a baby monkey. The Daily Mail reported on this story on Dec. 17, writing that the monkeys had run out of dogs to kill and had since turned their attention to children:

Enraged monkeys have killed 250 dogs in an Indian district by dragging them to the top of buildings and trees and dropping them.

Panic-stricken residents have also come under attack and say the acts of animal violence have been carried out 'in revenge' after a pack of dogs killed one of the monkeys' infants.

The horrific incidents have been reported in the villages of Majalgaon, where 250 dogs are said to have been killed by rampaging primates, and nearby Lavul in Maharashtra’s Beed district.

[...] According to India's News18 website, 'not a single pup' is left in Lavul where even school children are being chased and attacked.

While the general gist of this story appears to be true — monkeys have killed some dogs in India — the supposed vengeful motive of these killings, as well as the number of dogs that died, had not been verified.

According to the Times of India (TOI), monkeys have proven to be a "menace" on farms in many villages across the country, as the animals were damaging crops. In fact, in mid-December a "monkey menace" survey was sent out to several villages so that the country could figure out "monkey hotspots" and how to best combat the problem.

On Dec. 15, farmers in the village of Sattari staged a protest and demanded that monkeys be reclassified as "vermin." A leader of the protest said: “We demand that monkeys be declared as vermin to protect our crops that are routinely damaged by monkeys."

The claim that monkeys killed 250 dogs by throwing them off roofs in an act of revenge appears to be an exaggerated version of a true story. While a number of dogs have truly died after interaction with monkeys, these killings may have not been intentional; there's little evidence that these killings started as an act of revenge; and the specific number of dogs that have died is disputed.

It appears that the majority of the dogs that were "killed by monkeys" died of starvation after they were left on inaccessible roofs. Animal activist Siddharth Sonwne told TOI: "I feel the monkeys might have just been looking for bugs on the puppies. However, as they couldn't have done this on the ground, they took the puppies to roofs and terraces that they feel are safe."

Local Balasaheb Bhagat added: "When we realized that the puppies were starving, we tried feeding them. However, the monkeys then shifted the puppies to another inaccessible roof in the village."

In some cases, however, dogs may have fallen from the roof. Local resident Radhakishan Sonawane said:

“Such incidents had been happening over the last three months. These two monkeys come to our village. They take away puppies with them to the roof of houses or to any other place at height,” a resident, Radhakishan Sonawane, told PTI news agency.

“At such height, these puppies don’t get any food or water. Hence, they died naturally many times. But sometimes they fell from a height and died. Over 200 puppies had lost their lives in our village,” he added.

We've found numerous reports concerning the number of dogs that have died in this fashion. Times of India, for example, said that about 40 puppies had died this way over the previous four months. Range Forest Officer Amol Munde said that there had only been three to four incidents of puppies dying after being taken by monkeys in the village of Lavool.

"They take care of puppies. They used to keep puppies on roofs or tall trees. The puppies couldn't survive at such places as they couldn't get food or water. If a puppy escaped from the two monkeys it used to die after falling from a height. The reported incidents of the death of puppies in Lavool village are 3 to 4.

An Act of Revenge?

There's little evidence to support the claim that monkeys killed 250 dogs out of revenge. While this appears to be the rumor among locals, Munde said that he was unaware of any baby monkeys that had been killed by dogs in recent months. Furthermore, Munde added that there had been no reports of monkeys attacking people, although he did say that some people had been injured while attempting to flee after a monkey sighting:

Monkeys generally don't attack human beings but people are afraid. Some people were injured in the past few days while running away from these monkeys. However, no incident of any monkey bite was reported in this village.

It's possible that this "revenge" rumor emerged as people conflated two different reports: the first being that a number of dogs had died after being taken away by monkeys, and the second about a monkey mourning the loss of its drowned baby in Haveri, which is about 400 miles south of Maharashtra.

In sum, this rumor appears to be a bit of an exaggeration.

An official in Majalgaon told the Indian Express:

“This is said to have enraged the monkeys who in retaliation are killing the puppies of dogs as per local residents. But we do not have any proof to back up this theory. It's animal behaviour and we cannot ascertain why they are behaving like this ... To some extent the news is true. We cannot confirm the figures of deaths either but some puppies of dogs have been killed by monkeys. We also cannot confirm why this is happening, whether they (monkeys) are actually angry with dogs because we do not know animal behaviour.”

On Dec. 19, authorities announced that they had captured two monkeys that were reportedly responsible for taking some of the dogs to the rooftops. Forest department's round officer D. S. More told TOI: "Our team, along with the Majalgaon forest range personnel and local residents, nabbed the monkeys. They were taken to the Guatala wildlife sanctuary in Aurangabad and released."

“2 Monkeys Captured in Maharashtra’s Beed. They Were Involved in Killing of over 250 Dogs.” Hindustan Times, 19 Dec. 2021, https://www.hindustantimes.com/india-news/2-monkeys-captured-in-maharashtra-they-were-involved-in-killing-of-dogs-101639923502957.html.

“Revenge of the Apes: Monkeys Go on a Murderous Rampage After Dogs Kill One of Their Infants in Maha’s Beed.” News18, 17 Dec. 2021, https://www.news18.com/news/india/revenge-of-the-apes-monkeys-in-mahas-beed-on-a-murderous-rampage-after-dogs-kill-one-of-their-infants-4565003.html.