Did Trump Remove a MLK Bust from the Oval Office?

A Time magazine reporter erroneously tweeted that a bust of civil rights icon Martin Luther King, Jr. was removed from display in the Oval Office by Donald Trump. 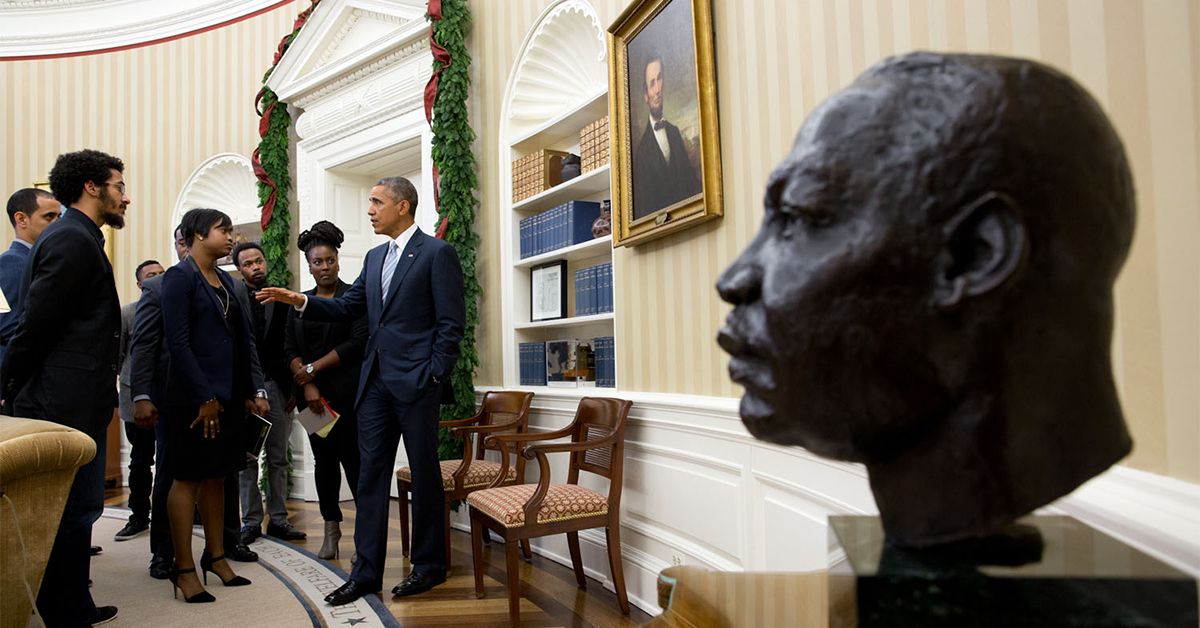 Claim:
Donald Trump had a bust of Marin Luther King, Jr. removed from display in the Oval Office on his first day in the White House.
Rating:

Newly inaugurated U.S. President Donald Trump and his staff began moving into the White House on 20 January 2017, trailed by reporters and photographers documenting Trump's first day in office. One of those reporters, Zeke Miller of Time magazine, remarked upon entering the Oval Office that a Bush-era bust of Winston Churchill that had been replaced with one of Martin Luther King, Jr. by President Obama was once again on prominent display:

It appeared to Miller that the bust of MLK was now gone, an observation he also tweeted, though it proved to be erroneous. A short while after first mentioning the apparent bust exchange, Miller corrected himself:

Meanwhile, word had gotten around to incoming White House Press Secretary Sean Spicer that the whereabouts of the MLK bust were in question. In response, he tweeted photographic proof that it was still there: Spicer also cited Miller's mistake as an example of the danger of not checking one's facts: President Trump had the last word on the incident, citing it as an example of "media dishonesty" during a 21 January speech at the Central Intelligence Agency in Langley, Virginia:

So Zeke, from Time magazine, writes a story about, I took down — I would never do that, because I have great respect for Dr. Martin Luther King. But this is how dishonest the media is. Now, big story. The retraction was like, where?

For the record, the MLK bust dust-up never attained the status of a "big story" in the media. Zeke Miller corrected his error — via Twitter — within an hour of making it — via Twitter. There was never any published story to retract.