The non-thinking person's way to generate faux political outrage is to suggest any addition to America's cherished monument. 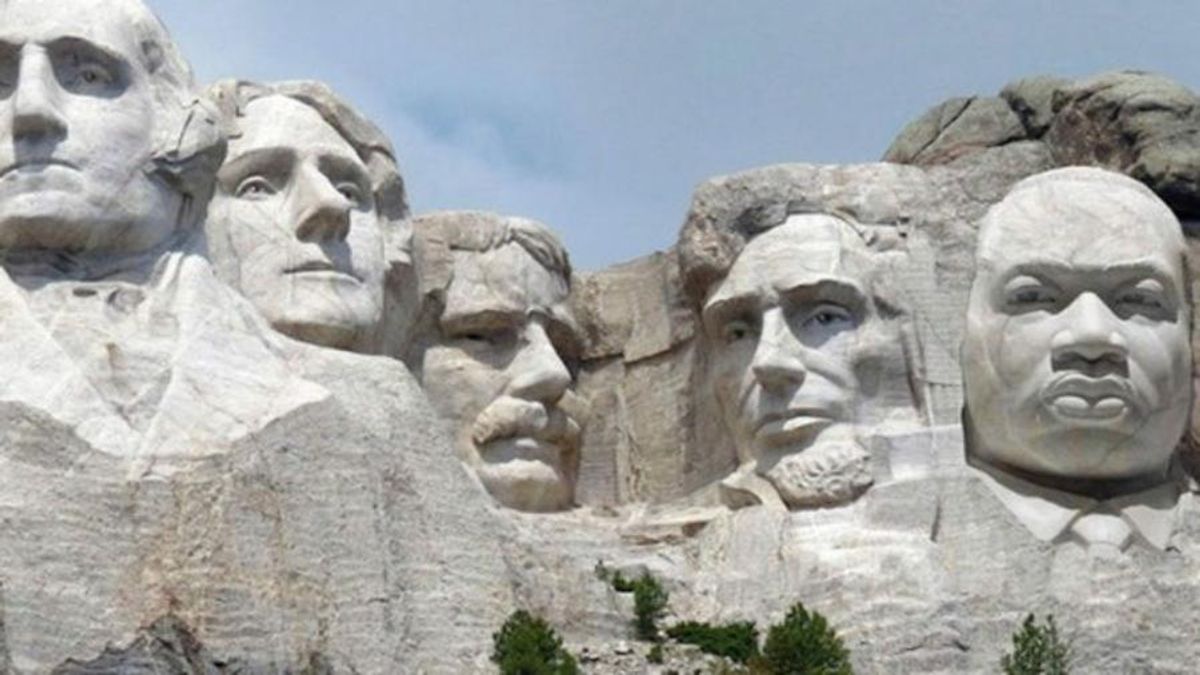 On 15 January 2018, the web site reaganwasright.com published an article reporting that ten Democratic Congressmen had "demanded" that the Mount Rushmore national monument be altered to accommodate the likeness of civil rights leader Martin Luther King, Jr.:

The halls of Congress were filled with intrigue Monday morning when ten Democratic Congressmen led by Muslim Keith Ellison demanded that Mount Rushmore — which features faces of U.S. presidents — be changed to accommodate a new face: a Communist and tax cheat they view as a civil rights hero because he gave a few speeches that sounded nice.

“Martin Luther King has done more for this country than most Presidents, especially the current one, and he should be honored for that,” Ellison said. “The best way to honor him is to make sure the entire nation sees his face on what is easily our most recognizable monument.”

This article was false: No Democratic members of Congress had made any such "demand" (or proposal) that Mount Rushmore be updated to include the visage of Dr. King. This report originated solely with reaganwasright.com, a site that is part of a network of fake news sites which propagate political misinformation under the guise of producing "satire" and carries a disclaimer noting that "everything on this website is fiction."