Did Mitt Romney March with Demonstrators?

Romney was likely the first Republican U.S. Senator to participate in ongoing civil rights protests in 2020. 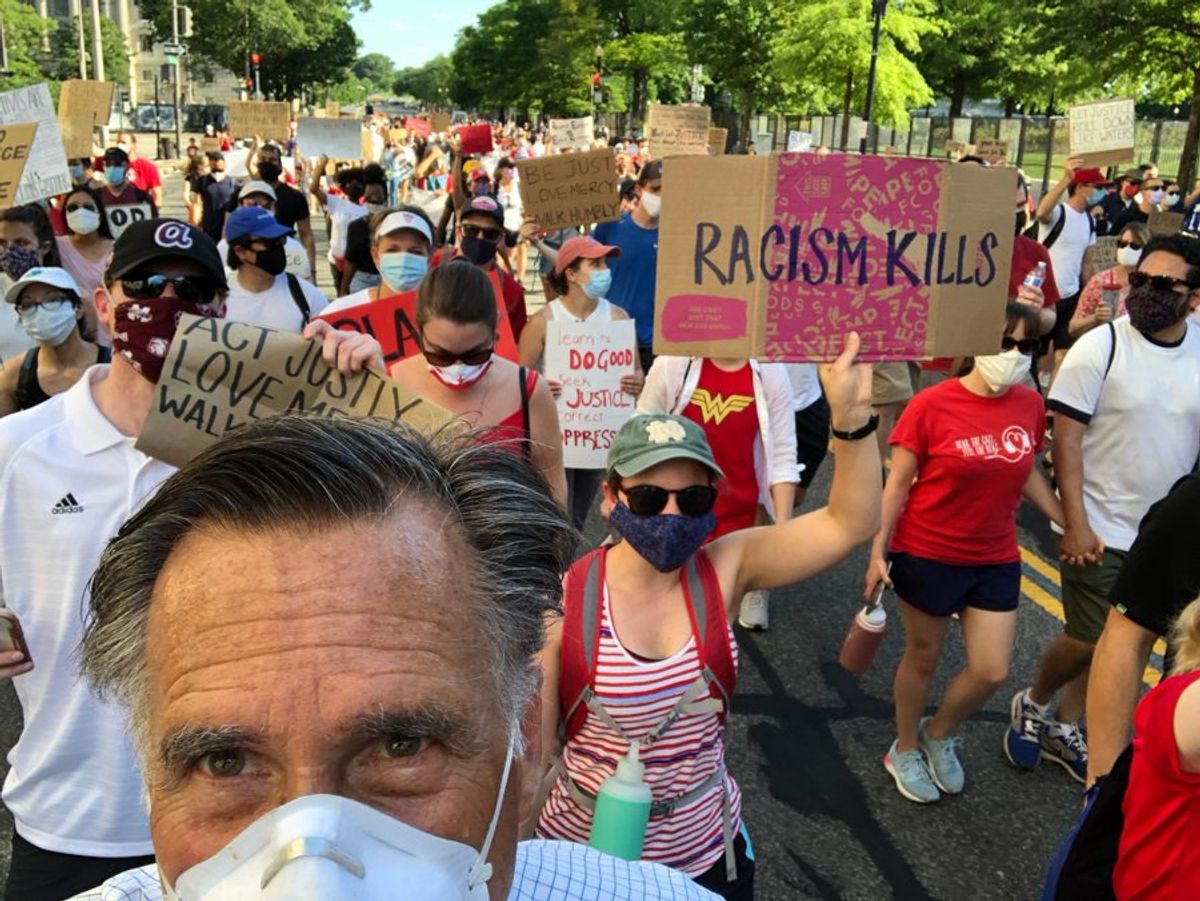 On June 7, 2020, U.S. Sen. Mitt Romney, R-Utah, marched with civil rights demonstrators in Washington, D.C., likely making him the first Senate Republican to participate in a mid-2020 wave of protests against police brutality.

Romney joined thousands of demonstrators who flooded the streets of cities across the U.S., protesting racism and police brutality in a movement sparked by the killing of George Floyd, an unarmed Black man who died in custody on May 25, after former Minneapolis police officer Derek Chauvin knelt on his neck for nearly 9 minutes. Chauvin, who is white, and three other officers were jailed and face charges stemming from the incident.

Viral video of Floyd pinned to the ground and exclaiming that he was unable to breathe until he lost consciousness sparked international protests centered around the Black Lives Matter movement.

Because Romney did participate in a protest and tweeted the words "Black Lives Matter" from his account on June 7, 2020, we rate this claim "True."